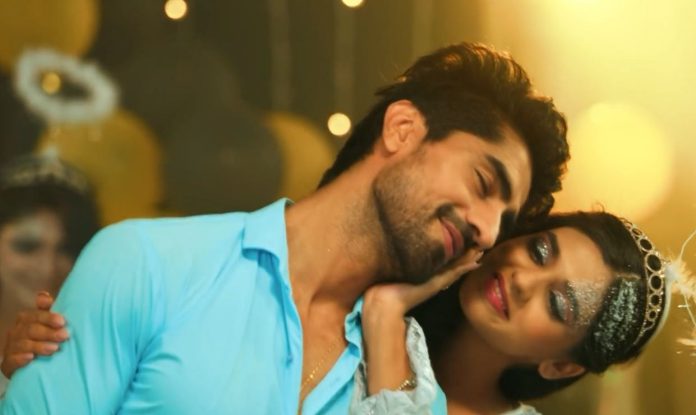 Yeh Rishta 30th November 2021 Written Update Secret surprise Abhimanyu’s staff takes him to a place in the hospital, where they have organised a birthday celebration for him. They blow papers bombs and makes him sit. Neil goes on stage and thanks everyone for coming to celebrate Abhimanyu’s birthday. Akshara and Manjari watch Abhimanyu from their hiding. Akshara says to herself that she cannot give any other gift to Abhimanyu. She wishes and hopes that Abhimanyu’s smile returns, which will be a gift for Abhimanyu from her. Staff asks Harshvardhan if he liked their arrangements made by them for Abhimanyu’s birthday.

Harshvardhan replies that he liked the arrangements and asks the staff to continue their duties as soon as the celebration ends. Aarohi comes there and thanks Harshvardhan for giving her a chance. Harshvardhan asks Aarohi to not let any issue be made because of whatever happened. Aarohi says to Harshvardhan that no issue will occur from her side. She stares at Abhimanyu and leaves. Neil announces that they always wait for Abhimanyu’s birthday. He parises Abhimanyu for being a good doctor like god for his patients, a good friend and inspiration for his colleagues, a strong stone for family. Neil also reveals that Abhimanyu is special and a whole life for his mother.

Akshara smiles watching Abhimanyu from her hiding. Neil says Abhimanyu has the elders’ blessings and younger one’s love. He starts a surprise performance for Abhimanyu. Akshara in a fairy get up performs a special dance with kids on the song “Tu Jo Mila”. Abhimanyu happily hugs and dances with kids. Akshara collides with Abhimanyu. Abhimanyu feels something and looks at Akshara unaware of her real identity. Akshara gives Abhimanyu a flying kiss. He lifts Akshara and dances with her in his arms. Akshara changes into someone else. Abhimanyu gets shocked as his moments with Akshara turns out to be his imagination.

Akshara looks at Abhimanyu emotionally. Abhimanyu thinks why is he missing Akshara even if she is not present. He turns and Akshara turns her face to the other side. Manjari watches Abhimanyu emotionally from another side. Abhimanyu senses Akshara near him and tries to search her. Akshara falls and runs away from Abhimanyu. Other performers stop Abhimanyu from going behind her. Abhimanyu picks up kids in his arms and dances happily with everyone. Manjari thanks Akshara in her mind for making Abhimanyu happy. Akshara runs outside and cries. Neil comes there and says thank god they got saved.

Akshara asks Neil why he made her perform knowing that Abhimanyu could have recognised her. Neil apologizes to Akshara saying that he had to replace her with a nurse performer who backed out at the last moment for some emergency. He asks her if she is fine? Akshara replies yes. Neil goes away. Akshara thanks god for bringing a smile on Abhimanyu’s face. Neil announces a special and personal surprise for Abhimanyu. Someone comes from the shadow and everyone wonders who it is? Manajri turns out to be a special surprise for Abhimanyu. Akshara says this surprise will throw away all the sadness of Abhimanyu.

Abhimanyu smiles seeing his mother on stage as his special surprise. Manjari recalls Akshara encouraging her to sing. In the flashback Manjari is seen hesitating to sing again after so many years. Akshara is seen telling Manjaru to think how happy will Abhimanyu get after hearing her sing after a long time. She continues encouraging and convincing Manjari to sing, closing her eyes and thinking about Abhimanyu. Flashback ends and Manjari starts singing “Piya Tose Naina Laage Re”. Parth feels happy and thinks how his lovely paternal aunt hid her singing talent for many years. Abhimanyu recalls Akshara singing the same song during their trip. He feels happy and Neil in his mind thanks Akshara for everything.

Abhimanyu smiles widely and feels happy seeing Manajri singing with happiness. He goes on stage, lifts Manjari and hugs her. Abhimanyu praises Manjari by going on his knees. He thanks Neil for organizing such great surprises for him. Abhimanyu asks Neil to tell the truth whose plan it was actually? Neil tries to escape Abhimanyu’s questions and runs away to dance with the Birla family. Abhimanyu too goes to dance with his family. Ruby watches Abhimanyu from far away and says to herself that Abhimanyu will have to celebrate with her too later on. Abhimanyu thanks Manjari for giving him the best birthday gift. Manjari tells Abhimanyu that she can do anything for him. She also requests Abhimanyu to move on in life and find happiness.

Abhimanyu cuts his birthday cake and feeds it to Manjari and Neil. He offers Harshvardhan the cake on a plate, refusing the cake from his hand. Parth blows the paper bomb to change the atmosphere. Parth takes Abhimanyu for dance. Aarohi takes a red rose from nearby and recalls Harshvardhan’s words that he doesn’t want any issue in the hospital from her side. She leaves the red rose and takes a white rose towards Abhimanyu. Abhimanyu hears Askshara’s excited voice and goes towards the voice ignoring Aarohi behind him. Akshara’s clothes get stuck. Neil tries to not let Abhimanyu see Akshara.

In the next episode, Harshvardhan will show his anger on Manjari for singing again. Abhimanyu will sense Akshara near him while changing his clothes. Ruby will come there and will try to seduce Abhimanyu telling that he is hot and alone. Abhimanyu will tell Ruby that he is not alone and loves someone. He will find Akshara hiding in the changing room. Akshara will get scared and fall in Abhimanyu’s arms creating a lovely moment between them.

Reviewed Rating for Yeh Rishta 30th November 2021 Written Update Secret surprise: 3/5 This rating is solely based on the opinion of the writer. You may post your own take on the show in the comment section below.