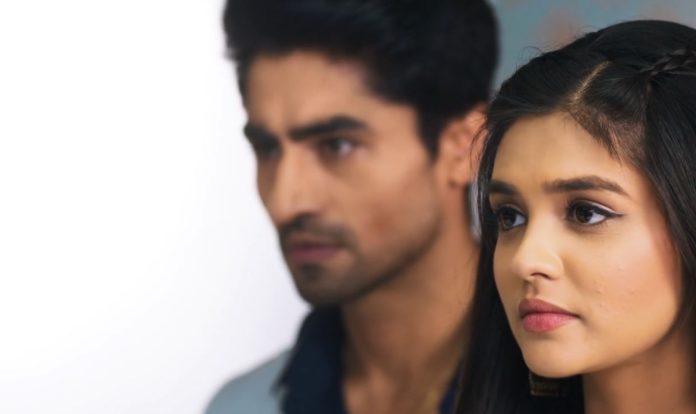 Yeh Rishta 6th December 2021 Written Update Akshara’s love Akshara tells members of medical authorities that she was inside Abhimanyu’s cabin before Ruby’s arrival and stayed/hid till Ruby’s exit. Ruby gets tense. Ruby’s father asks Akshara why she is hiding the truth and asks if she is Abhimanyu’s girlfriend? Ruby’s father’s words angers Abhimanyu and Kairav while shocks Birlas. One of the Members asks Ruby’s father to be in his limits. Same members ask Akshara if she has any proof to prove her words. Akshara asks the member if there is any proof of what Ruby said.

She asks the member how can they treat an innocent Abhimanyu like a criminal only by believing Ruby’s words. Akshara asks what is the proof which proves that Abhimanyu molested Ruby? Only her words? Ruby’s father says why will his daughter lie? If she doesn’t care about her own respect? Akshara explains when a woman’s ego gets hurt, she doesn’t care about anybody’s respect, truth or lie. She says an egoistic woman only cares about her own ego and pride. Ruby’s father calls Akshara shameless for not understanding a woman’s pain being a woman herself.

Akshara says being a woman doesn’t mean to be sympathetic towards other women and believe their lies. Akshara says some women, for their own benefit, misuse the laws made for women’s protection. She explains that misuse of women protection laws results in an innocent getting punished. Akshara further explains that misuse of laws also makes people not trust the honest woman seeking justice. Ruby’s father tells Akshara that she said enough about his daughter. He asks Akshara by what fight was she in Abhimanyu’s cabin and what was she doing there? This question tenses Birlas as well as Kairav and Akshara.

Akshara says it is not wrong if a woman spends time with a man in his cabin. She further says it’s wrong if a woman sees a man with wrong intentions. Another member says she is right but they have to work according to law. He further says that there are many witnesses who saw Ruby coming out of Abhimanyu’s cabin crying and the latter cabin was also seen in a bad state. He asks Akshara if she has any proof to prove Ruby’s allegations on Abhimanyu’s are wrong. Akshara with confidence says that she has the proof. She says she knew that no one will believe her without proof. She says that she brought the proof with her.

Akshara tells she did wrong with a kind and honest man and doctor. She says now she will show the incident video to everyone and reveal who is wrong and who is right. Ruby asks Akshara to shut up and warns her not to leak her video. She suddenly requests Akshara to not viral her video. Ruby blurts out her truth in front of everyone. She reveals that Abhimanyu didn’t do anything wrong with her. She further reveals that she did everything to get her revenge from Abhimanyu as he always rejected her and never paid attention towards her. Ruby accepts that she filed a molestation complaint against Abhimanyu to get her revenge.

Akshara puts her phone back in her bag and tells everyone that she never had any video but still brought the truth in front of everyone. She tells the medical authorities that she remained confident because she was honest. Akshara says Abhimayu remained confident and strong in front of a liar like Ruby. She also says that a liar like Ruby shivers in tension. Ruby’s father shouts at Akshara and says he will see her. Abhimanyu gets angry and shuts Ruby’s father. Both Abhimanyu and Akshara stand confidently and stare angrily at Ruby and her father. Ruby and her father’s eyes lowers down.

Medical authorities ask if Ruby put false allegations on Abhimanyu? Akshara says yes and explains that both men and women can be wrong. She also says that some women treat men wrong and trap them by misusing laws made to protect women. Harshvardhan sighs with relief thinking both his son and his hospital finally got saved. Akshara says no means no, whoever says it, be it a woman or a man. Members of medical authorities praise Akshara’s courage for saving innocent Abhimanyu by keeping her respect at stake. They apologize to Abhimanyu for troubling him over false allegations.

Abhimanyu and Kairav feel proud of Akshara. He requests medical authorities to keep Akshara’s name away from public statements of his case. Authorities assure him of it. Abhimanyu takes Akshara’s name in his mind and Akshara stops hearing it. He thinks how could he stop loving Akshara. Kairav calms emotional Akshara. He goes to bring something for Akshara to eat. Mahima makes Akshara drink juice. She thanks Akshara for helping Birlas and Abhimanyu. Mahima tells Akshara that she is just like Mahima. She thinks Akshara is just like Manjiri but knows how to keep her words. Mahima leaves her with Abhimanyu to talk.

In her thoughts Akshara asks Abhimanyu to not come near her. Abhimanyu in his thoughts refuses to go. In her thoughts only, Akshara requests Abhimanyu to stop. Abhimanyu in his thoughts asks Akshara did she stop when he asked to? He moves forward towards Akshara and the latter runs away. Abhimanyu recalls how Akshara stood for him in the Ruby’s case against him. He runs after her and stops her. She slips and falls in Abhimanyu’s arms. Aarohi gets angry seeing this and misunderstands Akshara’s intentions. Abhimanyu asks Akshara, if she doesn’t care about herself that she may get hurt in her carelessness. Aarohi gets angrier and moves towards Akshara.

Abhimanyu stops Aarohi and scolds her for wandering. He tells her it’s a hospital, not a garden and asks her to go for her duty rounds. Abhimanyu doesn’t let Akshara leave and asks her why she came and saved him? Akshara says she came to save a doctor and his hospital’s reputation. Abhimanyu asks Akshara would she have come to help any other doctor too? Akshara replies yes, she would have helped any other doctor too. Abhimanyu gets angry and continuously asks her the same question. Akshara continuously gives the same answer. Abhimanyu gets angry and holds Akshara tightly. He leaves her and they get away from each other. Abhimanyu asks if he is not someone special. He returns Akshara’s bracelet and says goodbye to her.

Akshara also says goodbye. Abhimanyu thinks he tried a lot and should move on. Akshara thinks Abhimanyu is thinking right and he should move on. Akshara leaves from there and cries outside. Abhimanyu cries inside. Both of them wipe their tears and walk away. In the next episode, unaware of the truth, Manjiri will say that everything good happened because of Aarohi. This will shock Abhimanyu. On the other hand, Akshara will ask Goenkas to trust her that she is moving. She will say that she went to Abhimanyu’s birthday party to give him a reason for happiness and help move on too. Abhimanyu will be seen shouting at and telling Harshvardhan that he knows his reality since childhood. Both of them will get shocked seeing Manjiri faint.

Reviewed Rating for Yeh Rishta 6th December 2021 Written Update Akshara’s love: 4/5 This rating is solely based on the opinion of the writer. You may post your own take on the show in the comment section below.