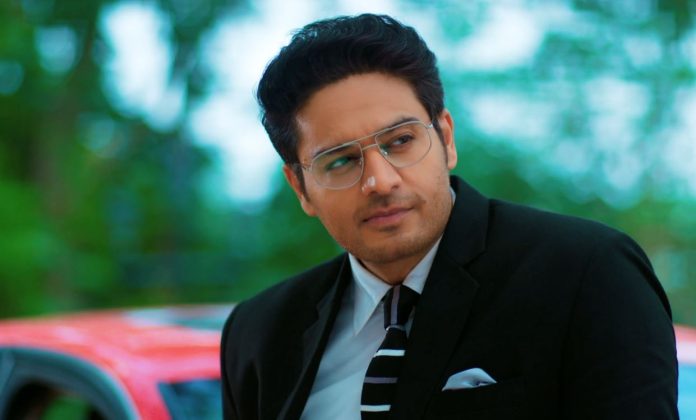 Anupama 8th December 2021 Written Update Anuj in danger Anuj drops Anupama home. He asks Anupama to go home and sleep. He tells that he is right, but can’t fix everything, Vanraj and Kavya will decide about their marriage. She agrees. Kavya cries that she has no relation in her life than Vanraj. She can’t let Vanraj go away from her. She recalls Anupama’s advice. She tells that she will handle her relation and marriage. Anupama thanks Anuj for always supporting her when she drags him into her personal matters. He asks her not to thank him. He tells that they will be going for the new site visit tomorrow. She asks him to drive carefully. Leela meets Kavya and gives her prasad.

She finds Kavya cleaning the room and helps her. Kavya thanks Leela. She asks Leela to request Vanraj not to divorce her. Leela tells that she will pray for Kavya. She also wants things to get fine. Vanraj texts Anupama that he is thankful to her, but she should focus on her work. He promises to handle his own life problems. Anupama wants everyone to stay happy. She prays for him. Anuj rushes to pick Anupama in the morning. He doesn’t have his phone charged to make a call to Anupama. Anupama gets ready and waits for Anuj.

Paritosh tells that he will go and meet Rakhi. Kinjal asks him not to beg Rakhi for a job, and have his self-respect. Vanraj calls it enough when he finds them arguing a lot. He asks Paritosh to join him in his business. He asks Leela not to tell anything about Kavya and his relation. Anuj saves a cyclist and turns the steering. He gets close to meet with an accident. Anupama worries for Anuj when he gets late. Vanraj tells the family that he is going for a big meeting. Leela blesses him.

He asks Leela not to involve Anupama in their house problems. He wants Anupama to stay happy. He doesn’t talk to Kavya and goes away. Leela and Hasmukh ask Kavya to have patience, then she can get back in Vanraj’s sight. Anuj gets relieved that he got saved. He knows that life has no guarantee. He sees the death which was so close to him. He feels scared of death for the first time because Anupama is in his life now. He is glad to get a second chance in his life. Hasmukh treats Kavya well and cheers her up by asking her to play ludo with him. Leela tells that Hasmukh doesn’t want the children to fall alone, he is supporting Kavya.

Samar tells that they have to take care of Kavya, Vanraj and Kavya should decide about their relation. Leela doesn’t want to trouble Anupama. Anuj meets Anupama. He apologizes for getting late. Anupama sighs a relief when she sees him fine. She asks why did he get late. She asks is everything fine. Anuj tells that he has realized his life’s true worth today. He adds that he loves his life a lot. He likes the food prepared by her. He tells that he knew she will get the food for him. Anupama smiles watching him enjoy the food.

He asks her if she didn’t eat anything. She asks him to have food. She tells that there is peace in Shah house today. He tells her that just Mama ji is the happy person in Shah house, because he lives in the present and forgets everything. He tells that they shall live the moment and enjoy to the fullest, because they don’t know what will happen next. He loves Anupama a lot. He fears of losing Anupama if life doesn’t give him another chance. He confesses his love to Anupama. He shouts I love you Anupama, and leaves her stunned.

He tells her that he met with an accident in the morning, he was close to his death, he got saved and came back, he has just thought of her when he was near his death, she is his life, if he died without telling his feelings to her, then it would be fraud with his life. She is shocked to know that. He realized that death can come anytime, so he wants to take an action and confess his love. He tells her that he really loves her a lot.

Later, they fall into a new problem when some thugs stop them to rob. Anuj is ready to give away the money to them. He asks them to not hurt Anupama. Anuj loses his cool when the goon catches Anupama and hurts her. He fights with them. Anuj gets attacked by the goons. Anupama rushes Anuj to the hospital and learns the threat on his life. Doctor informs her that Anuj can slip into coma if he doesn’t regain consciousness. Keep reading.

Reviewed Rating for Anupama 8th December 2021 Written Update Anuj in danger: 4/5 This rating is solely based on the opinion of the writer. You may post your own take on the show in the comment section below.