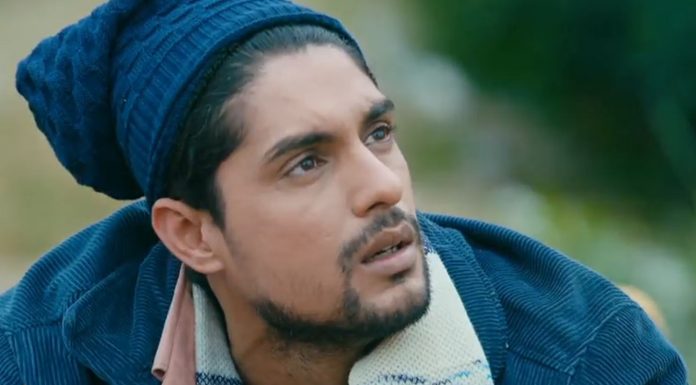 Udaariyaan 9th December 2021 Written Update Fateh shot Fateh is given a tough task to do. He fails in his task. Tejo appears in front of his eyes and asks him to get up, because he can’t lose this way. She motivates him to lead the fight of his struggles and win it. Fateh gets motivated because of Tejo’s words. He tells that he can do anything if Tejo is with him. Fateh follows her words and runs to do the impossible. Jasmin tells that Fateh and Tejo would have ran away together. She doesn’t want to heal her wounds until she takes her revenge. Later, Fateh gets caught by some robbers at the petrol bunk. He fights back with the mad guys, who aim the gun at him and fire the bullet. Do you think Tejo will return in Fateh’s life? Will Fateh get rescued by someone or fall prey to danger? Keep reading.

Earlier in the show, Sweety is afraid that Jasmin’s madness will make her fall in big trouble some day. Jasmin tells that she just wants her revenge on Fateh and Tejo. She agrees to do some job and make some money just to proceed her revenge plans. Meanwhile, Fateh falls prey to a colleague’s anger. Fateh gets fired from his job, when a worker frames him for a mistake.

Fateh regrets that he has to leave the lodge and find a new shelter. He asks the lodge owner to pay him the wage. The lodge owner gives him a new task and asks him to run after a car to handover the important bag to the person leaving in the car. Fateh runs after the car and gets hurt. He loses his strength. He sees Tejo there, who appears to motivate him.

Tejo motives Fateh when he falls down. She asks him to show courage, because she is with him always. Fateh gains strength and runs after the car to return the bag. Fateh gains his old self because of Tejo. He reaches the car and stops it. He returns the bag as instructed by the lodge owner. Tejo asks Fateh not to punish himself. She finds him repenting a lot. She tells that he doesn’t need to worry so much, he will always be blessed by his mother and his God. Fateh imagines her and feels happy.

He just wishes that she gets happiness in her life. He returns to the lodge to get the money for his work, but the lodge owner doesn’t give him any money. On insisting, the lodge owner gives him 50 rs and asks him to leave. Fateh gets helpless to leave. Fateh falls into a new problem on leaving from the lodge. On the other hand, Tejo discovers a shocking fact about Riya and Angad’s relation.

The elders meet at the Gurudwara and decide about Tejo and Angad’s marriage. Rupy tells that he will talk to Tejo first. Khushbeer wants to talk to Angad. Gurpreet tells that they shall convince Tejo to marry soon to get saved from the society’s blames. She adds that they shall get them married because they have to stay together all life now. She wants to see Tejo happy. Angad yells at Riya when she disrespects the food and throws it on the floor. He asks her to understand that she is lucky to get food, while many people don’t even get a meal. He makes Riya understand. Jasmin prepares herselg to take revenge on Fateh and Tejo.

Tejo and Fateh miss each other. Tejo doesn’t know that he is struggling on the roads. She still thinks a lot for him. Fateh doesn’t have any food to eat. He sees the dumped food on the roadside. He lies on the bench to sleep. Tejo intervenes to stop Angad and Riya’s fight. She finds Riya locking herself in the room. Riya panics that the door got stuck. Tejo asks her to stay calm and unlock the door. She helps Riya, but the door is still locked. She reaches Riya and pacifies her. She asks her whom does he love the most. Riya tells that she loves her dad. Tejo promises to get her dad to her.

Riya asks is it possible. Tejo knows that she is yearning for her dad’s love. She doesn’t realize that Riya is talking about her dad, not Angad. She thinks Riya wants Angad’s love and makes a promise to her. She goes to get Angad for Riya’s sake. She asks Angad to cook some food for Riya and feed it to her with love. She tells that he is good towards everyone, except his daughter. She forcibly takes Angad to Riya. Riya waits for her dad. Tejo takes Angad to Riya and tells her that she got her dad. Riya tells that Angad isn’t her dad. She looks for her dad, and leaves Tejo shocked. Tejo fails to understand what Riya is saying. Angad was afraid for the truth to come out.

On the other hand, Inspector wakes up Fateh and asks him not to sleep on the roadside bench. He asks Fateh to leave. Fateh reaches the petrol bunk and finds a robbery crime going on. He intervenes to stop the robbers. He bravely fights the robbers, who threaten the workers at the bunk. One of the robber shoots at Fateh. What will happen to Fateh? Keep reading.

Reviewed Rating for Udaariyaan 9th December 2021 Written Update Fateh shot: 3/5 This rating is solely based on the opinion of the writer. You may post your own take on the show in the comment section below.