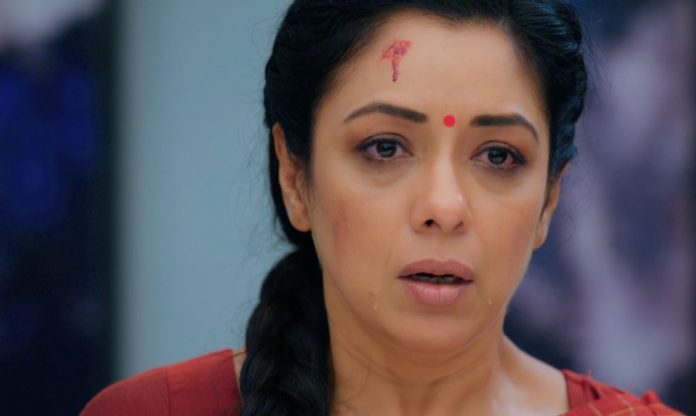 Anupama 9th December 2021 Written Update Major twist Anuj confesses his love to Anupama with a shayari. Through his shayari he explains to Anupama how pure she is and his love for her. His shayari explains his true feelings and love for Anupama. Anupama looks at Anuj with a shocked expression. Anuj tells Anupama that he wanted to confess his love to her at the right time but now realized that any time when he confesses is the right time. He further explains to Anupama that he never had any expectations but still loves her. Anuj tells Anupama that it was just important to reveal his feelings to her before it gets too late.

Anupama thinks she is feeling different since Bapuji asked her to give Anuj a place in her heart. She calls Anuj with love to confess her feelings. Before Anupama could say anything, some goons appeared in front of her and Anuj. On the other hand, Vanraj asks someone on the phone to thank his madam for getting convinced to hear his idea. He also asks the person on the other side of the call to inform him when the meeting gets fixed. Vanraj recalls telling himself that he needs to grow professionally. Samar asks Vanraj if he is fine. Vanraj assures Samar that he is fine and thanks him. In his thoughts, Vanraj asks Samar to not worry as he will make everything alright.

On the other side, Anuj again and again requests the goons to not hurt or harm Anupama. He gets ready to give all his expensive belongings to the goons. Goons also ask Anupama too to give her expensive belongings to them. Anuj doesn’t agree to give his and Anupama’s memorable manget to goons. He asks the goons to take all his money but not the magnet. Anupama asks Anuj to let them take it away. Anuj doesn’t agree to let them take the magnet away. Goons return Anuj, his precious magnet. Next goons ask Anupama to take out her pendent. Anuj thinks he wouldn’t have let goons take anything if he would have been alone. Goons pressurizes Anupama to take out her rings too. Anupama says she is unable to take out one ring as she hasn’t taken it out for a long time.

Anuj asks them to let that ring go as he already gave them so much money. Goons asks Anuj if he knows present gold rates. Goons forcefully tries to get the gold ring out of Anupama’s hand. Anupama screams a little in pain which infuriates Anuj. He realizes himself from other goons and asks them how he dared to touch or hurt Anupama. He breaks the goons hand who hurt Anupama. Anupama gets scared seeing all this. Anuj starts beating all the goons. One goon hits Anupama on her forehead. Anuj gets worried and angry seeing Anupama bleeding a little. He starts beating the goons with a strong wooden stick. Anuj continuously beats the goon and reveals that he beat a person very badly in his college time who misbehaved with Anupama. He tells the goon that he will not leave him as he gave his wound to his Anupama.

Anupama tries her best to stop Anuj. She screams Anuj’s name, when another goons hit Anuj hard on his head from behind. All the goons run away. Anuj falls unconscious on the ground. Anupama gets very worried and scared for Anuj. She tells Anuj that she will not let anything happen to him. Anupama alone makes unconscious Anuj lie in the car. She drives and takes Anuj to the hospital. Anupama calls the doctor for help, on reaching the hospital with Anuj on the stretcher. Doctor tells Anupama that there is not much blood loss but Anuj may have suffered a deep internal injury. He tells Anupama that he needs to do some tests before coming to a conclusion.

Doctor and hospital staff take Anuj away to check and treat him. Anupama requests and tells an unconscious Anuj that he can’t leave her alone. She makes a call to GK to inform him about Anuj but he doesn’t pick up. Nobody picks up the call, which makes her more worried. She then calls Vanraj and tells him that she is calling from the city hospital. Vanraj feels worried and asks Anupama if she is fine? Anupama cries badly and tells Vanraj that Anuj is in danger. Vanraj asks Anupama to not worry as he is coming. Anupama disconnects, requesting Vanraj to come soon. She gets worried seeing Anuj’s blood and cries badly. Anupama recalls her and Anuj’s happy moments and smiles a little. She also recalls Anuj’s last love confession to her. “Hamari Adhuri Kahani” plays in the background. Anupama cries badly and recalls Anuj’s words to goons.

She prays, requests and tells God that nothing should happen to Anuj. Doctor comes out and asks the nurse to get the injection ready as Anuj is serious. Anupama asks the doctor about Anuj’s condition. He asks Anupama to call someone from the family as she and Anuj both are not in good condition. Doctor tells Anupama that Anuj could fall into a coma if he doesn’t get conscious till next morning. Anupama gets shocked hearing this.

In the next episode, Anupama will ask Vanraj how someone could love a person unconditionally for 26 years? She will tell Vanraj that Anuj hasn’t changed since 26 years as normally people’s whole life gets changed in these many years. Anupama will continue telling Vanraj that she didn’t know that in 26 years that she was the most important part of Anuj’s life. She will further call Anuj the most important part of her life. Doctor will ask Anupama and Vanraj to complete Anuj’s operation formalities as he is in a very critical condition. Vanraj will make Anupama sign Anuj’s operation form.

Reviewed Rating for Anupama 9th December 2021 Written Update New Promo: 5/5 This rating is solely based on the opinion of the writer. You may post your own take on the show in the comment section below.