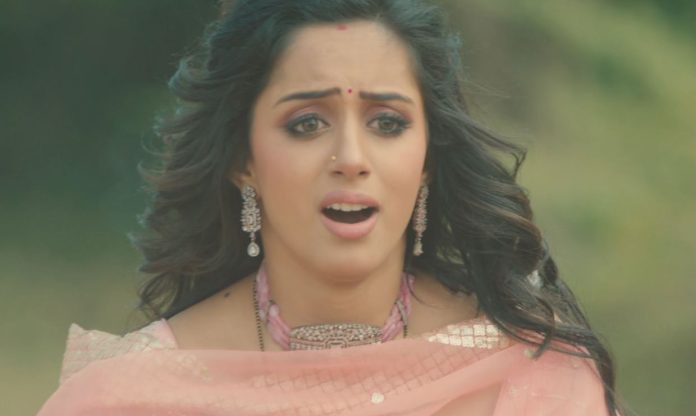 Yeh Hai Chahatein 9th December 2021 Written Update Prisha’s arrest Mishka reaches Prisha and Rudra’s car and hugs the former. She asks Rudra and Prisha to save her from Venky. Venky asks Prisha to give Mishka to him. Prisha refused to do so. She asks Venky what has happened to him? She tells Venky that he has become a devil from her brother and Vasudha-GPS’s son. Prisha tells Venky that he should be atoning his sins instead of troubling Mishka more. She asks Venky to not take his revenge this way. Rudra and Prisha try to make Venky understand that they will help him finish all his problems and make everything alright.

They ask Venky to surrender himself to the police as they will make everything alright. Venky refuses to believe Prisha. He tells her that she did even more wrong with him as compared to Mishka. Venky tells Prisha that Mishka ruined ten years of his life but she sent her own brother to prison for 10 years. He asks Prisha if she wants him to die in prison. Venky gives Prisha a last chance and asks her to give Mishka to him. Prisha requests Venky to leave his adamance. Venky takes Saaransh out of the car and scares Rudra-Prisha. Saaransh sobs for help in Venky’s arms. Rudra and Prisha request Venky to let go off Saaransh.

Venky tells Rudra and Prisha that they didn’t leave any option for him. He also tells Rudra and Prisha that he is taking Saaransh with him and doesn’t know what he will do with him. Rudra gets angry with Venky. Prisha stops Rudra and asks Venky how can he even think of hurting his own nephew? Angry Rudra tells Venky that he will kill him if Saaransh gets hurt. Venky shouts and asks Rudra to shut. He tells Rudra that he can’t keep any condition till Saaransh is with him. Venky asks to make Rudra understand that he just needs Mishka and does have anything to do with Saaransh.

Venky asks Prisha to decide between Mishka and Saaransh. Prisha tells Venky that she will not give Mishka to him and even not let anything happen to Saaransh. Venky takes Saaransh away. While Rudra, Prisha and Mishka run behind Venky and Saaransh, Param goes to call the police. Venky makes Saaransh stand at the edge of a chasm. He warns everyone that if they try coming near him, he will push Saaransh in the chasm. Prisha asks Venky if he has gone mad to hurt a little kid. Venky accepts that he has gone mad and scares everyone by showing off to push Saaransh in the chasm.

Venky again asks Prisha to give Mishka to him. Rudra and Prisha again promise Venky to solve all his problems. Venky says his problems will get solved, once he gets Mishka. He says he can’t wait more and will count till 3. Venky scares everyone by showing off pushing Saaransh in the chasm. Prisha sees a temple made near the tree near her. Venky asks everyone to give Mishka to him to save Saaransh. With a heavy heart, Prisha picks up the trishul from the temple. Prisha takes Trishul towards Venky and warns him to leave Saaransh. Venky asks Prisha will she kill him if he doesn’t listen to her. He tells Prisha that he knows she can’t hurt her own brother. Venky asks Prisha to finish off her drama and give Mishka to him. Prisha tells Venky that before being his sister, she is Saaransh’s mother. She continues telling Venky that she won’t let him harm Saaransh. Prisha continues saying that a mother can do anything for her child. She warns him to leave Saaransh. Saaransh asks Venky to not do this as he will fall. Venky asks him to shut down. Prisha raises the trishul and shouts “Anaa”. She throws the Trishul towards Venky, which hurts him on his shoulder and he falls down losing his grip on Saaransh. Saaransh tries to run away but Venky holds his leg. He stands up and grabs Saaransh in his custody. Venky puts Trishul on Saaransh’s throat.

Venky refuses to forgive Mishka. Mishka requests Prisha and Rudra to leave with Saaransh. She tells them to let anything happen to her as she committed the mistake in the past and should get punished for it. Venky asks Mishka to shut down and tells her that she is lying. He reminds Mishka that he suffered for ten years because of her. Venky also says that he can’t leave Mishka, otherwise police will arrest him and he will rot whole life in prison. He says that now he will take his revenge and doesn’t care what happens with him after that. Saaransh gives Prisha and Rudra the idea and all three of them start throwing stones at Venky. Venky runs to get saved but Rudra, Prisha and Saaransh follows him.

Rudra punches Venky, Mishka escapes, runs to Prisha and hugs her. Venky gets angry, Rudra and Venky fight with each other. GPS, Vasudha and Vejanti reach the same forest. Some police staff stops Vasudha from going inside the forest by telling her that a mad man forcefully took a child inside. Vasudha says the man is her son and is not mad. She says she will make Venky understand and stop doing wrong. After some requests police staff send them inside. Vasudha feels difficulty in breathing, stops and sits to rest. Rudra tells Venky that he could have saved himself by surrendering earlier.

He continues telling Venky that he could have gotten treated and saved himself but instead finished every hope to save himself. Police reach and arrest Venky. Venky takes out a gun from police staff, grabs Mishka and puts her at his gun point. He asks everyone to leave. Inspector refuses to leave but leaves after Prisha convinces them. They stand at a distance to be able to protect everyone. Prisha dn Rudra request Venky again and again to understand and leave Mishka. Rudra pushes Venky’s gun with his leg. Mishka escapes once again. Both Venky and Rudra jump to grab the gun first. A sudden sand storm comes.

Rudra and Venky’s fight becomes difficult to be properly visible to anyone. With a lot of requests, Prisha sends Saaransh with Param and Mishka. Venky points the gun towards Rudra and the latter falls down. Rudra shoots Venky in a tussle to snatch gun from Venky. Vasudha, GPS and Prisha get scared and shocked hearing a gunshot in between the sand storm. Venky falls down holding his shot and injured chest. Sand storm gets cleared, Rudra and Venky are seen unconscious on the ground.

In the next episode, everyone will get shocked to see Rudra and Venky unconscious on the ground. Everyone will see a gunshot on Venky’s chest and a gun in Prisha’s hand. On the Inspector’s question, Prisha will say that she killed Venky. Vasudha will slap Prisha hard and say that her daughter too died for her. She will ask the inspector to arrest Prisha and hang her to death. Police will arrest Prisha, shocking everyone.

Reviewed Rating for Yeh Hai Chahatein 9th December 2021 Written Update Prisha’s arrest: 2/5 This rating is solely based on the opinion of the writer. You may post your own take on the show in the comment section below.