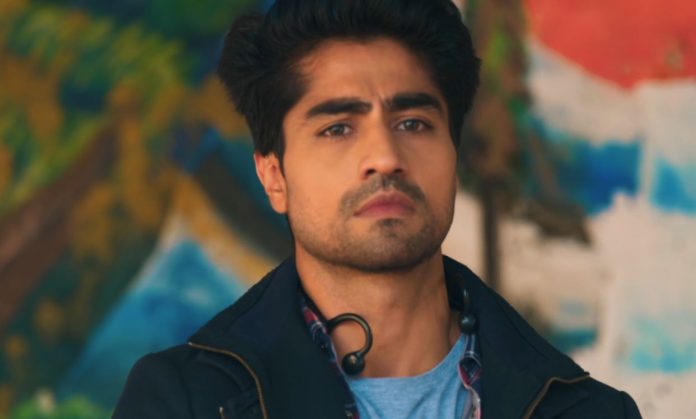 Yeh Rishta 9th December 2021 Written Update Fire twist Akshara is seen falling on Abhimanyu. Some thugs whistle and tease Akshara with evil intentions. Abhimanyu gets angry seeing this. Both Akshara and Abhimanyu get up from each other. Abhimanyu asks Akshara what is happening? Akshara explains to Abhimanyu that she was going to a nearby village that Manish asked her to. She further explains that she took the wrong bus and then got down to take another bus but these thugs came behind her. Abhimanyu beats the thugs saying that people forgets manners on seeing a girl. Akshara too tries to fight another thug with a stick but the latter overpowers her.

Abhimanyu sees Akshara in trouble and helps her. The thugs run away. Abhimanyu gets angry at Akshara and asks her why she didn’t get down on the next bus stop instead of getting down in between. He calls Akshara a morni. Akshara tells him that the bus driver/conductor asked her to get down on the turning point and wait for 5 minutes to get the next bus. Abhimanyu calls Askhara “aunty” and asks her if she will jump into the well if someone asks her to. Both Abhimanyu and Akshara say “oye” by pointing their fingers towards each other. Their fingers collide and touch, making them recall their beautiful and similar past moments.

Both Akshara and Abhimanyu leave their fingers. Akshara tells Abhimanyu that she is not aunty. Abhimanyu says he knows she is not aunty but a kid who is doing stupidity. He asks her to understand his point clearly. Akshara says she could have managed herself. Abhimanyu says he saw and can see how she could manage anything. Akshara apologizes and thanks Abhimanyu for his concern towards her. Abhimanyu recalls Akshara told him in hospital that she would have helped anyone else, other than him too. He tells Akshara he would have helped anyone else other than her too. Aarohi walks on the road talking to herself thinking why she faced dogs instead of goons/thugs just like in movies.

She finds someone on a bike behind her. The person on the bike turns out to be Neil. They get surprised seeing each other and call each other Chipkali and Chipku. Aarohi asks Neil if he has some radar that he always finds and comes behind her. Neil says he doesn’t have any radar but accuses Aarohi of having a satellite that helps her come behind him. They stop fighting and ask each other about where they are going. Neil tells her that he is going to Birla hospital’s health camp. He also says that he got scared of sitting on Abhimanyu’s bike so brought his own bike. He sees Birla hospital’s health camp ice box and asks Aarohi if she is too going to Birla’s health camp? Aarohi mockingly calls Neil intelligent. Neil also mockingly says he is intelligent from his childhood but doesn’t show pride about it.

Akshara asks Abhimanyu if his ego or respect gets hurt to see a girl driving his bike and him sitting behind her back. She orders him to sit behind her. Akshara also asks her to sit holding tightly as she drives fast. On the other hand, Neil too convinces Aarohi to sit on his bike. Abhimanyu asks Akshara where she is going? Akshara tells Abhimanyu that Manish has sent her to teach music and drama to children of marwari society camp to bring awareness among them. She gets shocked to know that Abhimanyu and she are going to the same place. Akshara recalls everything and asks God why he/she sent her near Abhimanyu again, when they both are trying to move on? Aarohi smiles thinking it is her chance to get closer to Abhimanyu.

Abhimanyu thinks about why Akshara met him when he is trying to move on. Akshara thinks she will focus on her work only. Abhimanyu thinks to do the same. A road obstacle brings Abhimanyu closer to Akshara. They have a moment. Abhimanyu asks her to drive carefully. They argue with each other over each other’s thoughts. Akshara refuses to stop driving as she feels good while driving the bike. Both of them again to concentrate on moving on. Aarohi and Neil also fight with each other on the bike. They argue but stop when Neil asks her to let him focus on driving. On the other hand, Akshara and Abhimanyu imagine having a romantic time with each other on the bike. They also imagine getting romantic with each other inside a bus and some place beautiful. They romance in their imagination on the song “O Mere Dil Ke Chaiyn”.

Suddenly their imagination ends. At Goenka Mansion, Kairav asks Manish why he sent Akshara to Marwari society camp even after knowing she is feeling low these days. Manish asks doesn’t he trusts him. He says he knows what is good for his children. Kairav asks about Aarohi’s whereabouts. Akhilesh says she has gone for her health camp. Including Vansh everyone feels tensed thinking if Akshara, Abhimanyu and Aarohi will be at the same camp. They wish it may not happen. Vansh says he hopes this outing will help Abhimanyu, Aarohi and Akshara move on. Harshvardhan wakes up unwell and resting Manjari. He taunts her for troubling everyone. Harshvardhan further asks Manjari what was Abhimanyu saying earlier? He asks Manjari if she manipulated Abhimanyu against him?

Manjari thinks the earlier secret shouldn’t come out as it will ruin everything. Harshvardhan tells Manjari that he sent Aarohi to Birla’s medical camp. He tells Manjari that Aarohi is the only one who understands his thoughts more than his own family and says he likes her. Harshvardhan says if Aarohi wouldn’t have convinced Akshara to help them, they would have got ruined. Manjari tells Harshvardhan that she requested Abhimanyu to think about Aarohi and the latter gave her some confidence about it. Harshvardhan says let’s see what happens. Akshara and Abhimanyu reach the health camp. Abhimanyu feels bad when Akshara says it will be better if they don’t get found together.

Abhimanyu saves Akshara from falling from the bike. He asks Akshara to be careful next time. Akshara asks Abhimanyu to take care of himself instead of her. She leaves and Abhimanyu feels irritated by thinking of moving on. Aarohi greets him and apologizes for moving on. She tells him that Harshvardhan sent her and leaves. Aarohi starts working. Abhimanyu sees Akshara and thinks to move on. Then he recalls Manjari’s words by looking at Aarohi. Neil comes from behind and discusses with Abhimanyu that it’s an issue that both Akshara and Aarohi are at the same place, where they are. He asks Abhimanyu what will he do now?

Abhimanyu tells Neil that destiny will do what it wants to, not him. Neil asks God to let Abhimanyu live peacefully. At the same time Aarohi and Akshara see each other. Akshara explains to Aarohi that Manish sent her to the camp. Aarohi says she came last minute and calls Akshara a liar. Akshara asks Aarohi to confirm from Manish that he sent her. Aarohi refuses to believe Akshara and tells her that she uses excuses. She tells Akshara that she can’t see her living in peace. Akshara, Aarohi and Abhimanyu feel tense. Aarohi thinks she will not let Akshara come near Abhimanyu. Abhimanyu sees both Akshara and Aarohi working.

Reviewed Rating for Yeh Rishta 9th December 2021 Written Update Fire twist: 4/5 This rating is solely based on the opinion of the writer. You may post your own take on the show in the comment section below.