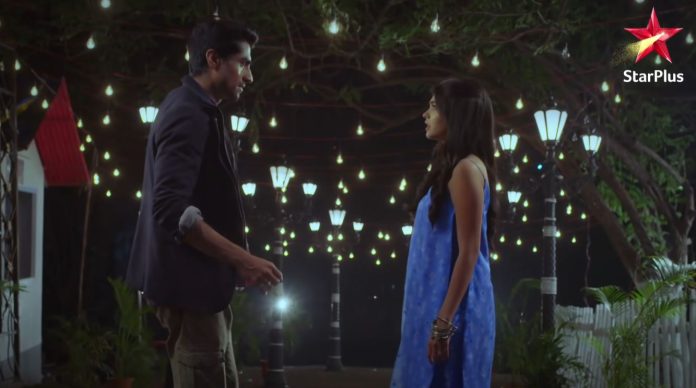 Yeh Rishta 11th December 2021 Written Update Abhi’s wedding Akshara asks Dadi about love. Dadi tells that its called love when someone keeps their other’s happiness in first more than her own. She adds that Akshara has always loved her family more than her own self, and made sacrifices as well. She blesses Akshara to get true love in her life. Manjiri asks Abhimanyu not to misunderstand Akshara, because its not easy for some people to go against their family. Abhimanyu tells Manjiri that nothing is important to him than Akshara.

Abhimanyu and Akshara come face to face, but they have written their love to someone else’s name now. Akshara sacrifices her love for Aarohi’s sake, while Aarohi creates a misunderstanding in Abhimanyu’s mind, which makes him believe that Aarohi has a heart of gold. Abhimanyu also sacrifices his love for Akshara, and agrees to marry Aarohi on Manjiri’s request. Will the fate bring back Abhimanyu and Akshara on the same page?

In the coming episode, Akshara will save Abhimanyu from fire using the doctor’s coat and green mask. She will say to an unconscious Abhimanyu this fire won’t be able to separate them. Abhimanyu will wake up in front of Aarohi and Neil. He will thank Aarohi for saving him from the fire. Aarohi will be shocked hearing this. Neil will ask Abhimanyu if it was Aarohi who saved him? Abhimanyu will say that he saw Aarohi in the doctor’s white coat saving him. He will ask about Akshara’s whereabouts. Aarohi will tell Abhimanyu that Akshara went away. Akshara will be seen crying somewhere.

Akshara also faints along with Abhimanyu, but later comes to senses. She can’t let anything happen to him. She wears a doctor’s coat to protect her hands from burning. She tells Abhimanyu that she will not let anything happen to him. She tries hard and puts him into some carpet, to rescue him from the fire. Abhimanyu regains consciousness for a moment. He sees her face covered by the cloth, and sees the doctor’s coat worn by her. Akshu rescues his life and brings him out of the storeroom with much difficulty. Aarohi also worries and cries for Abhimanyu. Manjiri doesn’t know that Abhimanyu is in a deep trouble.

She gets restless to call him and ask if he is okay. Akshara takes care of Abhimanyu, but he finds Aarohi with her when he gets conscious. Akshara recalls hiding from Abhimanyu, just to bring Aarohi there. She doesn’t want to come between Aarohi and Abhimanyu. Akshara sees Abhimanyu from far. She gets relieved seeing him stable again. Aarohi leaves Akshara, and takes care of Abhimanyu. The people praise Aarohi for saving Abhimanyu in time. Abhimanyu asks Neil about Akshara. He tells that Aarohi saved his life. He thanks her. She tells that Akshara left some time back. Neil can’t believe that Aarohi saved him.

Aarohi gets a benefit from another lie, from another good deed of Akshara. She thinks of just winning Abhimanyu, without having any concern for Akshara. Abhimanyu asks how did Akshara leave him and go at this time. He feels upset that Akshara left him in the fire. Aarohi gets the credit of saving his life. Akshara looks for Abhimanyu. He goes dealing with his sorrow. Aarohi attends Akshara after he leaves. The Goenkas learn about Aarohi and Akshara’s fire accident. They panic for their daughters.

Kairav wishes his sisters come home soon. Akshara thinks fate doesn’t have union of Abhimanyu and her. Abhimanyu also thinks why does he always reach Akshara. Aarohi wants the fate to bring Abhimanyu towards her. She feels sorry for Akshara. Manish and Dadi wait for Aarohi and Akshara’s return. Harsh informs the family about Abhimanyu and Neil’s welfare. He tells that it was a disaster, all their efforts went in vain. Parth tells that Manjiri shouldn’t know anything before Abhi comes. Manjiri hears them and questions about Abhi. Harsh reveals about the fire incident.

Abhimanyu and Neil reach home. He apologizes to Aarohi. He tells that Neil will drop her home. Aarohi wishes to stay back with him. She thinks the best should just get the best. Akshara returns home. She tells that Aarohi has worked hard at the camp and also did the aid to Abhimanyu. She gives all the credit to Aarohi. Manish worries that they are always getting connected with the Birlas. Abhimanyu gets drooling. Aarohi gets blessed for saving Abhimanyu’s life. Birlas get thankful to her. Harsh thanks the Goenkas for saving Aarohi. Akshara realizes that Aarohi lied to everyone.

Reviewed Rating for Yeh Rishta 11th December 2021 Written Update Abhi’s wedding: 4/5 This rating is solely based on the opinion of the writer. You may post your own take on the show in the comment section below.