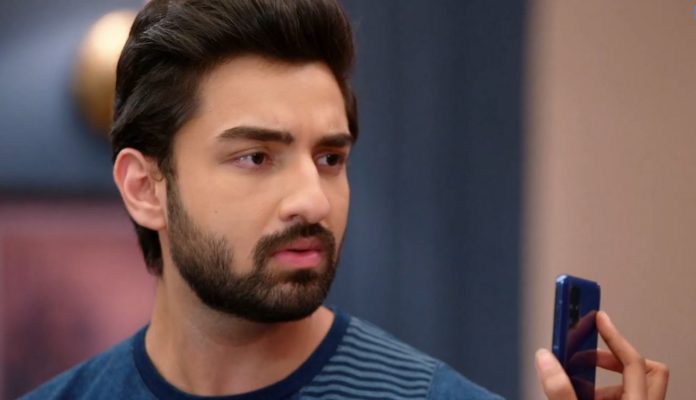 Bhagya Lakshmi 13th December 2021 Written Update Rishi denies love Rishi feels more guilty seeing Lakshmi’s faith on him. She tells that he respects his mom so much, he will respect all the women, he will respect his wife as well. She further tells that she feels safe when she is with him, she knows he loves her a lot, he is the one who ends all her problems. She tells him that she is really happy that she is with him. She asks him to come with her, she will do a magic and put him to sleep. She asks him to take good rest and not have any tension on his mind. She massages his dead. Rishi feels more guilty seeing the love in her eyes. She asks him to sleep.

Malishka thinks of Rishi. She is still insecure that he is with Lakshmi. Lakshmi makes Rishi sleep. Malishka tells that she is Rishi’s happiness. She regrets that she had slapped him in anger. She promises to always love him, and never fight with him. Rishi wakes up and finds Lakshmi sleeping near the bed edge. She also wakes up. He asks her why was she sleeping on the floor. She tells that he held her hand, she didn’t remove his hand because she really liked it. He tells her that he isnt shameless. He adds that she isn’t shameless like she told him.

She tells that she was telling that about herself. She admits that she likes to hold his hand. She asks Rishi not to tease her about the matter now. Rishi wants to tell her something, but decides to stay silent. She asks him if she should go. Rishi asks her to go. He thinks Lakshmi has a right to hold his hand, but he will be snatching all the rights from her soon. Malishka calls him. She asks him to meet her at her home. Rishi asks her what did she plan. She orders him to come soon. Rishi agrees to visit her.

Elsewhere, Kiran finds Malishka very happy and excited. Kiran tells her that she is going to meet Neelam. Malishka asks the reason for the meeting. Kiran tells that she will be back and tell her the matter. Lakshmi helps Rishi in his work. She tells that she will make breakfast for him. He gets Malishka’s call. Lakshmi insists Rishi to have food before going. He tells hat she cares for him a lot and he will tell this to everyone. He tells that she has helped him sleep at night and then stayed by his side till the morning. He adds that nobody cares for him so much. Lakshmi checks Malishka’s call on his phone and tells that she knows that Malishka is his my forever. She relates it with her perfume’s brand.

Rishi realizes that he has started to like Lakshmi. He gets dependent on Lakshmi for everything. He decides to stay away from Lakshmi, else it will be tough for him to control his feelings. Neelam asks Karishma to get Kiran to her. Kiran tells that she is really stressed and wants to know the matter. Neelam tells that Rishi and Malishka love each other. Kiran tells that they all know this truth already. Karishma asks why is Malishka marrying Viraj. Neelam tells that she wants Rishi to be with Lakshmi, to save his life, he can’t break the promise, he is committed to Lakshmi for one year. She knows he will be in pain.

She can’t see Rishi in pain. She loves Rishi a lot. She calls him a perfect son. She asks Kiran to explain Malishka not to marry Viraj. She promises that Rishi will marry Malishka after a year. Kiran understands Neelam’s concern. Even she wants Malishka’s happiness. She feels helpless. She tells that Abhay has convinced Malishka to marry Viraj. Karishma suggests them to talk to Rishi once. Rishi meets them and overhears a part of their conversation. Ayush and Neha meet in the market. She lies about a nerve catch and seeks his help.

Reviewed Rating for Bhagya Lakshmi 13th December 2021 Written Update Rishi denies love: 4/5 This rating is solely based on the opinion of the writer. You may post your own take on the show in the comment section below.