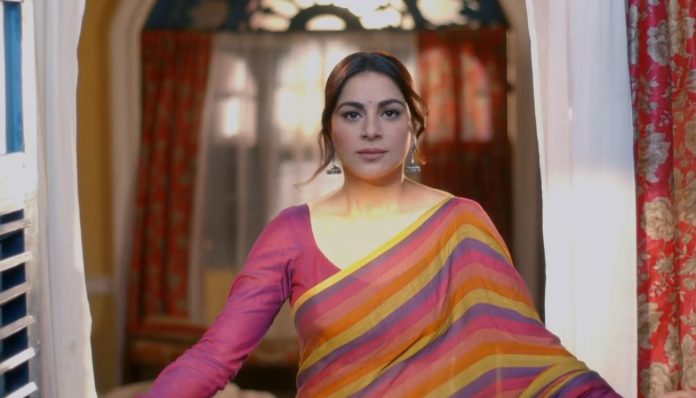 Kundali Bhagya 15th December 2021 Written Update Preeta returns Prithvi joins back the Luthra family. He has taken over their house, family and business. He finally thinks has revenge is getting fulfilled. He gets Mahesh ousted from the house on the pretext of the latter’s treatment. Prithvi dominates the family. Sherlyn asks him if Mahesh dies, staying alone in the mental asylum. He tells that Mahesh won’t die, Mahesh’s life and death is in his hands now. Mahesh gets caught by the asylum staff. Mahesh sees Preeta and shouts to her. The staff angrily drag him to the van.

Preeta hears Mahesh’s call and goes to see. She is shocked to see Mahesh’s condition. She asks the hospital staff to leave Mahesh free. The staff man tells her that Mahesh is mentally unstable and he has turned more dangerous now, they have to take him. Preeta can’t believe that Luthras aren’t taking care of Mahesh. She worries for Mahesh. Preeta decides to rescue Mahesh. Where are Mahesh’s sons Karan and Rishabh, to leave their dad unattended in the hands of evil Sherlyn and Prithvi? Keep reading.

Earlier in the show, Sarla asks her to protect her self-esteem, she shouldn’t forgive her husband or tolerate the wrong if he attacks her self-esteem. She asks Preeta to never tolerate wrong. She knows that Preeta has the most grief for Pihu’s loss. She asks Preeta to stop crying and forget Karan. She tells that Preeta will never cry and move on in her life. She tells that Luthras don’t care for her tears. She makes Preeta promise that she will lead her life like a strong individual. She asks Preeta to forget her past. Preeta wants to go far from the city. She tells Sarla that he will go away from everyone’s lives. The family cries for Preeta. After two years, Sarla and Janki await Preeta home. They make Preeta’s favorite dishes. Preeta is seen totally changed into a strong and independent woman.

Preeta regrets that her relation broke with Karan. Shrishti asks her not to worry, Luthras didn’t deserve her, she is finally got her freedom. She tells that they all have moved on. Preeta tells that they have to go away from the old place and memories to move on in life. She regrets that she had to come back to this city. She wishes she doesn’t cross path with Karan and Luthras. Sarla finds Preeta upset. She tells that time is the best healer, its been two years now and some memories will be faded by now.

Sarla encourages Preeta to move on, but stay with them in their house. She tells that Luthras would be suffering too, because they don’t have Preeta now, they won’t be living good and happy like before. She tells that even she suffered a lot without her daughter. She wants Preeta to stay with her mother. Preeta hugs Sarla. She tells that she won’t let her past come back in her present. She promises to stay happy, and never meet the Luthras. Sarla feeds the food to Preeta with much love.

Sarla tells Biji that she missed her a lot. Biji likes coming back home after two years. Preeta tells that she will go to the clinic and come. Sarla asks her to go early and come early. Preeta takes their blessings and leaves for her work. Preeta prays to make her own ground in the city. She doesn’t want the pain to hinder her courage. She helps some people on the road. She asks the driver to also help people whenever he can. The driver calls her a kind person. She reaches the clinic.

Preeta finds a beggar in trouble and helps her. The lady blesses Preeta, after seeing her good heart. She tells her that her Kundali Bhagya has brought her back, she will get completed now by meeting her fate. She predicts that the fate will bring happiness for Preeta. Preeta feels restless. She wants to move on and not think of her past. She loses the clinic’s address. She looks for the chit. She recalls the same incident that happened before. She thinks her fate is playing a game with her. She finds the clinic. She thinks of not letting any fear make a place in her heart. Stay tuned.

Reviewed Rating for Kundali Bhagya 15th December 2021 Written Update Preeta returns: 2/5 The first episode after the new leap turned out really boring This rating is solely based on the opinion of the writer. You may post your own take on the show in the comment section below.