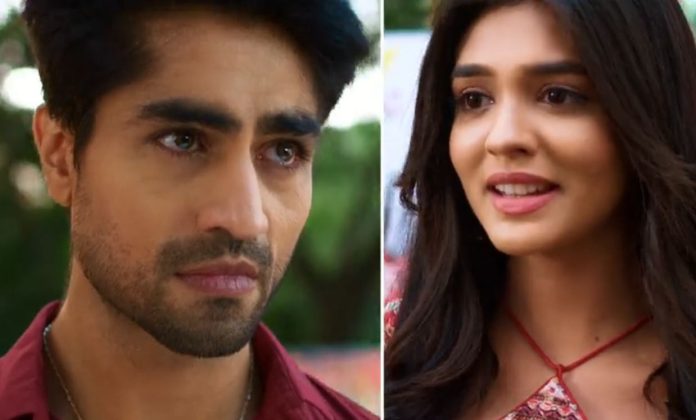 Yeh Rishta 15th December 2021 Written Update Akshu faces Abhi Akshara thinks she somehow convinced Neil to take the hibiscus oil for Manjiri from her. She hopes that the oil sent by her may have worked on Manjiri and the latter gets well soon. Anand tells Abhimanyu that Mahima has got busy with some important surgery. He also tells Abhimanyu that he read Manjiri’s reports, which says that her illness is all stress related. Abhimanyu requests Parth to suggest to him, what he should do? Parth tells Abhimanyu that the only way to get Manjiri rid of stress is to end the reason for her stress.

Abhimanyu recalls Manjiri asking him to think about Aarohi once. He also recalls Harshvardhan telling that Manjiri is only stressed about his marriage. Anand tries to comfort tensed Abhimanyu by hugging him. Harshvardhan thinks Abhimanyu will ruin his hospital and career, if he continues thinking about Manjiri. He further thinks Abhimanyu will get out of tension once he gets married. Anand asks Abhimanyu to handle himself. He asks Abhimanyu what is happening to him as he was a balanced, sorted and a sensible child in childhood. Anand tells Abhimanyu that he understands that he is worried about Manjiri’s health. He explains to Abhimanyu that this happens to an emotional person. Abhimanyu says he can’t understand what to do.

Next morning, Aarohi praises Akshara for exercising in a taunting manner. Akshara thinks music is no more a therapy for her as it reminds her of someone (Abhimanyu). She thinks she tried something else than music because music reminds her of Abhimanyu. At Birla hospital, Aarohi tries to calm an angry and tense Abhimanyu. Through her words, she tries to make Abhimanyu think that she is more than his intern. Abhimanyu feels angry and Aarohi changes the topic. She tells Abhimanyu that she checked Manjiri and she is fine. Harshvardhan sees it from outside and praises Aarohi for handling Abhimanyu intelligently.

Aarohi self praises in front of Harshvardhan and he says “well done” to Aarohi. Aarohi leaves and Harshvardhan thinks about why Abhimanyu finds Akshara perfect instead of Aarohi. Abhimanyu receives a message about “Feel and Heal” music therapy. He thinks of taking Manjiri there for her healing process. At Goenka Mansion, Kairav and Vansh try to convince Akshara to go to music therapy as one of the therapists. Akshara doesn’t agree to go and asks her brothers how can she go there as she has stage fear. Vansh asks Akshara to try it.

Akshara reaches the same venue and greets/welcomes the patients and their families to the music therapy session. Abhimanyu hears her and feels angry. Unaware of Birla’s presence, Akshara introduces herself to everyone and explains to everyone that medicines can heal the body but music can heal souls. She further explains that illness of a person’s body is somewhere connected to the person’s mind. She also explains that the mind’s treatment is done through peace and silence, not medicines which are achieved through music. Abhimanyu tries to control his anger. Akshara further says that music is the only thing that comes out through one heart and touches another heart.

Anand and Harshvardhan get shocked to witness Akshara’s presence as a therapist. Akshara says that music is present in everyone’s life but people stop feeling it in this chaotic world. Abhimanyu turns around, Akshara gets shocked and emotional seeing him. Abhimanyu thinks about why Akshara and he always meet everywhere. Akshara thinks the same. Anand and Harshvardhan stop Abhimanyu from leaving, being worried about their reputation. Akshara tries to calm herself and restarts her music therapy session. She stutters due to Abhimanyu’s presence. Abhimanyu recalls his first meeting with Akshara. Akshara stops speaking due to tension. People make fun of Akshara’s stuttering. They ask for a senior therapist.

Abhimanyu gets angry but Akshara handles the situation herself. She recalls Abhimanyu calming and comforting her. Akshara asks her patients to do breathing exercises. Abhimanyu asks Manjiri to follow Akshara’s instructions. Manjiri does as asked. Then Akshara asks everyone to hum a song without getting embarrassed. Abhimanyu starts humming “Lag Jaa Gale”. Manjiri and the remaining Birlas except Harshvardhan hum a song. Next Akshara asks her patients to close their eyes and visualize whatever they wish for. Manjiri visualizes performing Abhimanyu’s aarti and seeing in the groom’s outfit. Abhimanyu visualizes dancing and romancing Akshara.

Abhimanyu turns angrily towards Akshara. Akshara’s breath gets heavy. Harshvardhan makes fun of Akshara’s condition. Through his thoughts Abhimanyu tells Akshara that her ill condition hurts him. With the help of his thoughts he motivates Akshara to continue her therapy session. Akshara gets motivated and picks up her guitar. She starts singing “Ek Pyaar Ka Nagma Hai”. This song by Akshara surprises Abhimanyu and Manjiri. They get emotional and teary eyes. Abhimanyu sees Akshara’s song’s positive effect on Manjiri.

In the next episode, Harshvardhan will donate two big bundles of money to Akshara for her singing and charity. Abhimanyu will hear this and will question Harshvardhan’s way of talking. Harshvardhan will insult Abhimanyu by telling him that he has got blinded by wealth and a woman. He will also call Akshara as Abhimanyu’s girlfriend in an insulting way. Aarohi will ask Akshara to say that she and Abhimanyu have no future together in front of her and Kairav to convince her that she has moved on. Akshara will say whatever Aarohi asked her to. She will add that she is shocked by whatever she said. Abhimanyu will hear all this by hiding behind a tree and get shocked. He will be seen doing shiv tandav in anger.

Reviewed Rating for Yeh Rishta 15th December 2021 Written Update Akshu faces Abhi: 4/5 This rating is solely based on the opinion of the writer. You may post your own take on the show in the comment section below.