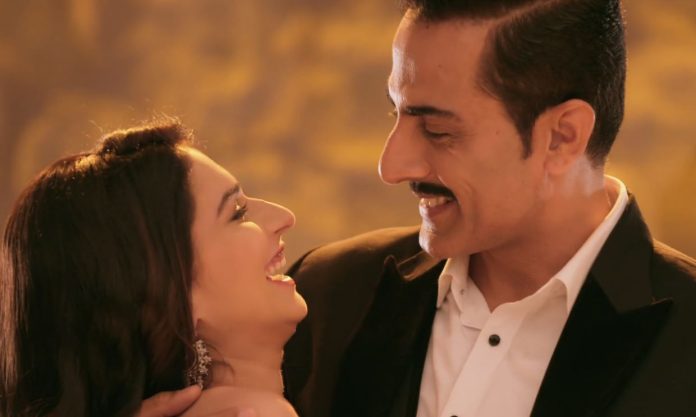 Anupama 17th December 2021 Written Update Vanika Jodi Anupama thinks to ask Anuj if he took his medicines. She calls Anuj and he says that he didn’t take any medicines till now. Anupama asks him to take medicine now. Anuj says he will take it in some time. Anupama becomes adamant and asks him to have medicines now only. Anuj searches for water. He tells Anupama that he can’t find water nearby to have medicine. Anupama teasingly asks Anuj if he is in some desert that he can’t find water. Anuj says he is in some hotel. He asks Anupama if she will scold him for not having medicines. Anupama replies yes.

Anuj finds a waiter and takes water from him. He eats medicine. Anupama reminds him to have another medicine too. She asks him to not forget that he got wounded. Anupama asks him to at least take care of himself till she is not with him. Anuj asks Anupama if he can say anything if she doesn’t mind or will feel bad. Anupama in excitement tells Anuj that his words don’t make her feel bad. Anuj asks Anupama what happened? that his words don’t make her feel bad. Anupama tells Anuj that nobody feels bad about an unwell person’s words. Anuj tells Anupama that for the first time he feels that he is not single anymore. Both Anupama and Anuj disconnect the call on getting awkward.

Kavya takes Anupama aside. She tells her that she isn’t doubting or fighting/arguing with her. Kavya says to Anupama that she genuinely wants to know how Vanraj kept such a big and expensive party. Anupama tells Kavya that even she doesn’t know anything about it. Kavya asks Anupama how is this possible as Vanraj shares everything with her. Anupama clearly tells Kavya that Vanraj just came and invited her and Anuj. She also says that she doesn’t know anything about Vanraj. Kavya doesn’t believe Anupama’s words and asks if Vanraj asked her to hide it from her. She makes a promise to Anupama that she won’t tell anyone about it.

Anupama takes god swear and convinces Kavya that Vanraj didn’t tell her anything. Kavya wonders what secret is Vanraj keeping and even not telling her anything about Malvika. Anupama recalls Anuj talking to Malvika at home. She asks Kavya who is Malvika. Kavya tells Anupama that some woman named Malvika calls Vanraj again and again. She also says that Vanraj talks to Malvika with happiness. Kavya reveals her fear in front of Anupama and thinks if Malvika is Vanraj’s new girlfriend for whom he wants to divorce her. Anupama gets into thinking. Mamaji jokes with Baa.

Vanraj says to his family that he knows they have a lot of questions. Bapuji asks Vanraj to reveal why he called them to the party. Vanraj replies that it’s his life’s biggest day and he is happy that his parents, children and Anupama are present with him in his happiness. Kavya feels angry and asks Vanraj to take everyone’s name except her. Anupama asks Vanraj to reveal what this party is for? Vanraj asks Anupama to wait and watch. A dance performance starts and Vanraj comes out of a few female performers who revolve around him. Vanraj makes the lights more dim and performs with the female performers.

Light comes back and Vanraj introduces his new business venture Vanika Teamworks. He tells everyone that he is very happy to announce his new business venture Vanika Teamworks. Vanraj reveals that it’s his and Malvika’s first collaboration. He tells everyone that his and Malvika’s business will be starting from the F & B industry. Vanraj explains that he and Malvika will open 4 concept based restaurants next year, which will change the face of the country’s F&B forever. He introduces his business partner Malvika. Malvika gets on the stage with a smile. Kavya feels jealous seeing Malvika. The Shah family feels happy for Vanraj. Malvika gives a side hug to Vanraj saying that they are surely gonna rock it.

Kavya feels jealous and angry seeing it while Baa and Anupama feel awkward. Mamaji jokingly calls Vanraj a smuggler. Malvika asks everyone who walks, grows and lives together? Baa and Mamaji jokes. Malvika replies that the answer is a new business couple in town, Malvika and Vanraj. She again hugs Vanraj making Kavya angry and jealous. Kavya thinks Malvika looks even some months younger than Paritosh. Nandini teases jealous Kavya. Malvika reveals to everyone that she understood Vanraj very well till now. Kavya feels like murdering Malvika. Malvika thanks everyone for joining her and Vanraj.

Vanraj introduces Malvika with his family. Malvika greets Baa and Bapuji by saying, “Jai Shree Krishna”. Vanraj and Malvika give some of their partner/couple photos to the media. Kavya feels more jealous. Nandini asks her why she is feeling so jealous as Vanraj and Malvika are just business partners. Kavya asks Nandini won’t she feel jealous if some rich girl tomorrow will make business couple with Samar? Kavya thinks if Malvika found only Vanraj in this world to do business with? Everyone wonders why Malvika is looking towards Anupama? Anupama too feels confused. Malvika moves forward towards Anupama and then runs to Anuj. Both Anuj and Malvika hug each other tightly, shocking everyone except for GK.

Anuj revolves Malvika in his arms and they laugh a lot together. They get emotional and hug each other once again. Anuj kisses Malvika’s hands and forehead. They hold each other’s hands and feel very emotional. Anuj and Malvika tell each other that they missed each other a lot. They say, ” I love you” to each other. Kavya thinks wrong about Malvika’s character. Anuj and Malvika wipe each other’s tears. Anuj starts his shayari. Malvika asks Anuj to correct his poetry. She hugs GK too. She asks GK a riddle which makes it seem like she talks in riddles mostly. GK blesses her. She asks GK to upgrade his blessings. Anuj, GK and Malvika give each other a group hug.

Baa asks why Vanraj’s partner is hugging Anuj. Bapuji jokes romantically with Baa. Malvika asks Anuj and GK why they got late? Both Anuj and GK make excuses. Anuj apologizes to Malvika. Malvika says she will punish them. Vanraj wonders why Anuj and Malvika seem so close to each other? In the next episode, Anuj and Malvika will dance with each other. Malvika will apologize to Anupama saying that she might not know who she is? Anuj will apologize to Anupama saying he never ever wanted to hide anything from her. Anupama will tell Anuj that she trusts him but has a question too.

Reviewed Rating for Anupama 17th December 2021 Written Update Vanika Jodi: 3/5 This rating is solely based on the opinion of the writer. You may post your own take on the show in the comment section below.