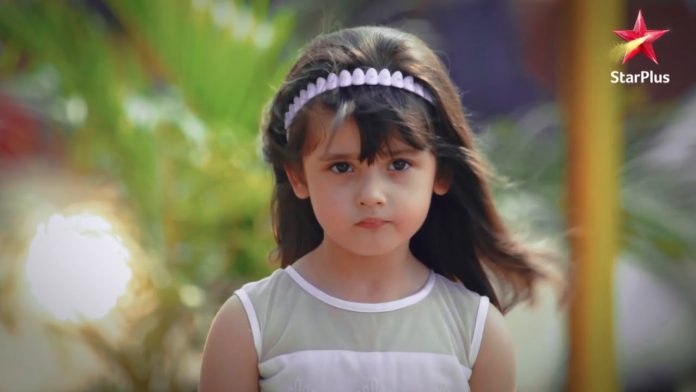 Yeh Hai Chahatein 17th December 2021 Written Update Ruhi favors Rudra Rudra sings “Shiddat Bana loon Tujhe” for his fans. Prisha watches Rudra emotionally from a distance. Fans ask Rudra to sing once more. Next Rudra announces that he is going to sing a song for his someone special which he wrote for her. Rudra sings, “Will You Marry Me” which makes Prisha more emotional. Fans enjoy and wave their hands for Rudra. Rudra throws his jacket in the audience for his fans. The jacket lands on Prisha. With a little difficulty, Prisha removes it from her.

Rudra sees her and gets emotional. Prisha runs from there. Rudra keeps looking at her. As Prisha runs outside the venue, Rudra thinks he has to get information about if Prisha is here in Rohtak or not? While running, Prisha regrets attending the concert by getting weak and emotional. She thinks what will happen, if Rudra finds her? She wants to reach home as soon as possible. Rudra thinks he has to know if he really saw Prisha or not. He thinks he will have to find out anyhow. Prisha runs continuously. Bunty sees Rudra running away. He thinks to stop him but gets interrupted by Saachi and Ruhi.

Village person on duty tells Bunty that Ruhi and Saachi were sitting on speakers. Bunty asks Ruhi and Saachi why they were sitting on speakers. Ruhi replies to Bunty saying that she and Saachi are little and were finding it difficult to view the concert in between tall people. Bunty asks the kids to stand near the posters for a clear view. He takes a village person on duty to stop Rudra from leaving. Rudra flounces to reach Prisha. Bunty fails to understand anything in between the loud noise of the public. He takes Rudra aside and asks him why he went between the crowd. Rudra replies that he went between the crowd as he saw Prisha there. Bunty asks Rudra to think what he is saying?

He asks Bunty to let him go as he really saw Prisha tonight. Rudra reminds Bunty that he already told him that he felt something after arriving in Rohtak. He also reminds Bunty that even Sharda told that something is going to change in his life. Rudra requests Bunty to let him go as he may find Prisha today. Bunty reminds Rudra that Prisha died 5 years ago. He tells Rudra that he may have seen a girl who looks a little similar to Prisha.

Rudra again requests Bunty to let him go and get information. Head of the village orders Rudra to perform as he already gave him double payment for his son’s happiness. Rudra tells the village head that he will give him 4 times the money and asks the head to let him go. Bunty asks the village head about Prisha. Village head replies that no woman named Prisha lives in their village. Bunty asks Rudra to understand and complete his concert. Rudra doesn’t listen to Bunty and tries to leave. Village head doesn’t let Rudra leave and orders him to not ruin his reputation. Bunty calms the village head. He asks Rudra to understand the situation and perform for now. Bunty promises to help Rudra find Prisha’s look alike.

Ruhi makes fun of Rudra’s memory of learning songs. Saachi gets angry with Ruhi and asks her to see that Rudra will soon return. Rudra arrives on the stage but runs away escaping the village head’s goons. Saachi cries seeing Rudra leaving the concert. Ruhi says she will anyhow make Rudra sing as she lied to Prisha for him and in return he made her best friend (Saachi) cry. She takes Saachi with her to stop Rudra from running away. Prisha reaches her house and recalls coming in front of Rudra by mistake. She thinks she feared Rudra seeing her and the same happened. Prisha thinks her one mistake/weakness has put her and Ruhi’s life in danger.

She prays to God that her one mistake shouldn’t put her and Ruhi’s life in danger. Prisha sleeps missing Rudra. Rudra on the other side gets adamant to know if he really saw Prisha or her look alike? Village head goons attack Rudra and capture him. Rudra tells them he has important work to complete. He requests them to let him complete his work and promises them that he will perform after that. Rudra fights the goons with all his strength. When goons overpowers Rudra, the latter smartly switches off the light and runs away. He falls in a pit. Ruhi and Saachi cover and hide Rudra. Both the kids make honey bees trouble the village head’s goons. Ruhi helps Rudra escape the goons.

She gets tired running. Rudra picks up Ruhi on his shoulder and runs. He reveals to Ruhi that he is trying to find someone. Ruhi tells Rudra that she paid off/returned his favor of saving her by saving him. She reveals to Rudra that she doesn’t like keeping anybody’s favors. Rudra feels impressed by Ruhi and calls her Nani Maa. Ruhi and Saachi promise to help Rudra. In the next episode, Ruhi and Saachi will take Rudra to a place near Ruhi’s house to hide from the village head’s goons. Ruhi will show Rudra her house and her sleeping mother. Rudra will make tantrums for sleeping on a cot. Ruhi will go to bring something to help Rudra sleep comfortably. Rudra and Prisha will feel each other’s presence.

Reviewed Rating for Yeh Hai Chahatein 17th December 2021 Written Update Ruhi favors Rudra: 4/5 This rating is solely based on the opinion of the writer. You may post your own take on the show in the comment section below.