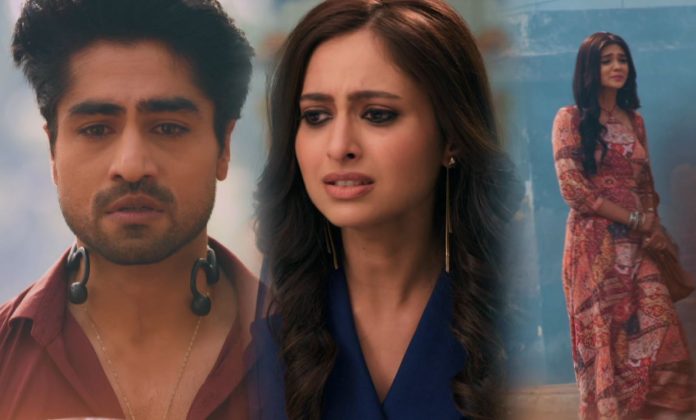 Yeh Rishta 17th December 2021 Written Update Abhi Aarohi wedding Parth says it seems Abhimanyu isn’t happy. Anand says they tried a lot to make Abhimanyu understand. He further says that this attitude will make Abhimanyu remain tense and not happy. Harshvardhan says it’s their duty to disperse Abhimanyu’s tension. He says to Anand that everything is going as they wanted and they should now get Abhimanyu married as soon as possible. Shefali says to Harshvardhan that Abhimanyu isn’t mentally prepared for marriage. Parth says they are talking about Abhimanyu’s life and whatever the latter told him, he said everything in anger. Harshvardhan says they should get Abhimanyu married as soon as possible as he (Abhimanyu) and the girl they selected both are ready for marriage.

She says everything will get ruined if they will think about Abhimanyu’s marriage so soon. Parth requests Harshvardhan to give some time to Abhimanyu to get normal. Harshvardhan says Abhimanyu was never normal and will never get normal. He says to Anand that should fix Abhimanyu’s marriage as soon as possible with Aarohi. This shocks the whole Birla family. Harshvardhan asks what’s the problem in it? At the hospital Aarohi thinks soon she and Abhimanyu will be the best couple. She thinks that she will convince everyone, Goenkas as well as Birlas. Aarohi dreams of becoming Aarohi Birla. Parth tells Harshvardhan his decision is not right.

Aarohi further says that she has an urge to get anything she wants. She tells Abhimanyu that one day she will win his love. Aarohi agrees to Abhimanyu’s each and every condition. In her mind, Aarohi thinks that she will make Abhimanyu fall for her anyhow. Abhimanyu informs Harshvardhan that he talked to Aarohi about marriage and tells Harshvardhan that he will reach wherever he will call him and at any time. Abhimanyu asks a nurse for some help. Aarohi asks Goenkas to have sweets. On the other side, Akshara reaches her NGO on being called. Abhimanyu saves Akshara from falling and tells her that he called her by NGO’s name.

At Goenka house, Aarohi shocks her family by telling them that she agreed to Abhimanyu’s marriage proposal. Abhimanyu too shocks Akshara by revealing that he is getting married to Aarohi. He asks Akshara to prepare a dance performance on “Jinke aage ji”. He congratulates Akshara on Aarohi and his marriage. Manish refuses to get Aarohi married to Abhimanyu. Swarna also doesn’t agree to this marriage. Aarohi argues and asks her family what their problem is.

Manish still refuses to get Aarohi and Abhimanyu married Abhimanyu leaves Akshara alone. Akshara breaks down recalling her moments with Abhimanyu. Abhimanyu stops somewhere and feels broken. Aarohi on the other side feels angry with her family’s refusal. In the next episode, Abhimanyu will bring a marriage proposal for Aarohi with his family to Geonka house. Kairav will tell Abhimanyu that they can’t accept a marriage where there is no love. Abhimanyu will say that it will be an arranged marriage, where there will be no love but an intention to support each other. He will request Manish to give his consent for his (Abhimanyu) and Aarohi’s marriage as everyone’s happiness is in his hand now.

Reviewed Rating for Yeh Rishta 17th December 2021 Written Update Abhi Aarohi wedding: 3/5 This rating is solely based on the opinion of the writer. You may post your own take on the show in the comment section below.