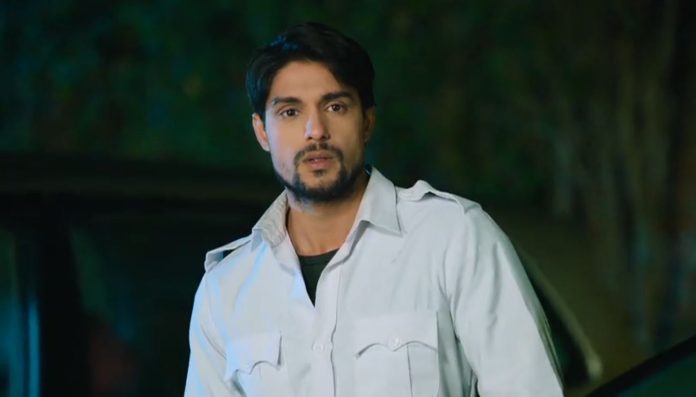 Udaariyaan 18th December 2021 Written Update Risky move Angad and Tejo learn about Sharma’s heart attack. Sharma tells Angad that he is okay now, all thanks to the timely help of his new driver. He asks Angad to visit him and also get Tejo along. Angad tells that he will soon visit him. Fateh overhears their conversation and learns that Tejo is coming with Angad anytime soon. He wants to go away and not come in front of Tejo. Angad informs that he is already on the way and even Tejo is with him, but his car isn’t with them to take them further. He adds that the car broke down, and they are helplessly waiting.

Tanya tells Angad that their new driver will come to pick them. She asks their location. She asks Fateh to go and pick Angad and Tejo. Fateh gets helpless to go to pick Angad and Tejo. Angad tells Tejo that the car has come. Fateh wonders what to do to get saved from their sight. Will Fateh take the risk and pick them by hiding his face and identity? Will Tejo learn Fateh’s presence? Keep reading.

Earlier in the show, Fateh is worried that Tejo and Angad can visit an ill Sharma and then get to see him. He promises Sharma, but doesn’t want Angad and Tejo to see him. He doesn’t want Tejo to know that he didn’t go to Canada with Jasmin. Fateh lies to Sharma with his identity. He tells his fake name Jaideep. Next, Angad and Tejo spend time with Riya, while Jasmin arrives there to find out the happenings between Angad, Fateh and Tejo. She suspects that Angad has sheltered Tejo and Fateh. She enters the house secretly and checks for Fateh, but fails to find him. She just finds Tejo and Angad. She wants to know where did Fateh disappear this way. Jasmin gets close to get caught by Angad. Stay tuned.

Angad doesn’t see Jasmin in the house. Jasmin leaves from there. She wonders where is Fateh when Tejo is looking so happy with Angad. She gets confused and thinks to find Fateh later on. She makes a quick escape before anyone sees her. Sharma is happy to be back home, all thanks to Fateh who saved him in time. Tanya still finds ways to corner Fateh and flirt with him. Sharma who claims to know people well, fails to see Tanya’s bad side. He asks Fateh to go with Tanya and help her in the storeroom. He tells that Fateh can go anywhere, because he is also like family now.

Fateh is uncomfortable when he is with Tanya in the storeroom. He knows that she is deliberately trying to come close to him, and avoids her. Tanya thinks he is showing attitude to her, which isn’t good. She wants Fateh’s attention. On the other hand, Angad takes Tejo to his company and introduces his business partner Varun Rai. Varun informs Angad about Sharma’s heart attack. Angad didn’t know about it. He tells that he met Sharma last night. Angad tells that he has to rush and meet Sharma. He takes Tejo along. He asks Varun to handle the work. Meanwhile, Jasmin is frustrated recalling the way Tejo is being happy with Angad. She didn’t wish Tejo to be so happy after snatching her happiness.

She still blames Tejo for snatching Fateh. She wants to ruin Tejo’s life somehow. She imagines Tejo in front of her, who laughs at her for not going to Canada, and also losing her marriage status because of Fateh’s revenge. Tejo tells her that she has lost everything. Jasmin threatens to snatch everything back from her. Tejo taunts that Jasmin is good in snatching things from others. She questions Jasmin for her failure to fulfill her dreams. Jasmin revenges to take her revenge on Tejo first and then find Fateh.

Tejo and Angad rush to meet Sharma. Angad takes a shortcut to reach Sharma faster, and his car breaks down. He fails to find any help on that route. He calls Sharma and Tanya to speak to them. He tells them that he was coming to meet them, knowing about Sharma’s heart attack, but he is in trouble. Sharma asks Angad to come home with Tejo, he will send his driver to pick him. Tanya and Sharma ask Fateh to go and pick Angad and Tejo. Tanya shows their pictures to Fateh. She asks Fateh to just get them soon.

Fateh hides his identity by wearing a mask and goggles. He goes to pick Angad and Tejo. Tejo senses Fateh again, but he makes sure that she doesn’t see his face or identifies him. Tejo stays upset. Angad asks him to play a song. He sings along to cheer up Tejo. Angad wants Tejo’s happiness. Fateh and Tejo recall their road trip. Tejo is occupied by Fateh’s memories.

Angad makes Tejo smile by his charm, and this angers Fateh. Fateh drops them at Sharma’s house, and gets to see Tejo from far. Angad and Tejo meet Sharma and enquire about his health. Angad asks Sharma to take proper rest and medicines to get well soon. Sharma finds Tejo a nice person and tells Angad that he made the right choice to choose her as his wife. He tells Angad that Tejo is the perfect wife for him. Tejo reminds Angad that they have to pick Riya. Angad waits for Fateh to thank him for saving Sharma, after Sharma praises Fateh so much for saving his live in the tense situation.

Sharma tells that Fateh has some pain in his heart which he doesn’t express, he is like running from own self. Angad wants to thank Fateh, but the latter leaves from there to avoid the meeting. Fateh doesn’t want Angad and Tejo to know anything about him. Angad and Tejo take a leave. Fateh watches Tejo secretly. A disguised Jasmin reaches Angad’s house in his absence and finds out about his family from the servant. She learns about Riya, who is very close to Angad and Tejo. She decides to target Riya and take her revenge on Tejo. She can’t see Tejo living happily and in peace. Fateh gets upset that he is away from Tejo’s life because of his blind love for Jasmin. Jasmin swears her revenge on Tejo and works out her plan.

Reviewed Rating for Udaariyaan 18th December 2021 Written Update Risky move: 3/5 This rating is solely based on the opinion of the writer. You may post your own take on the show in the comment section below.