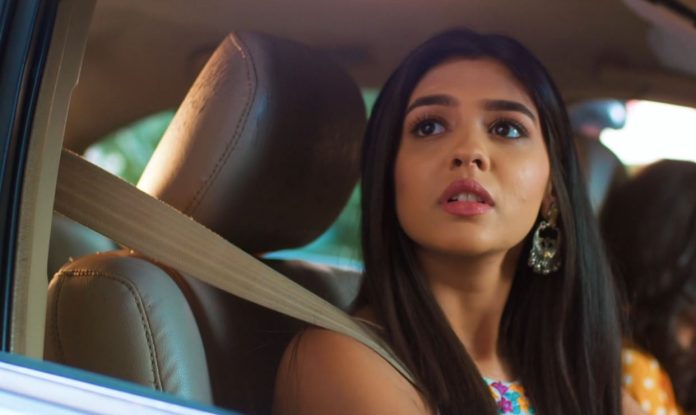 Yeh Rishta 20th December 2021 Written Update Akshara’s sacrifice Kairav asks Abhimanyu if he is planning to break Akshara’s heart or to take revenge from her by using Aarohi. Abhimanyu tells Kairav if revenge was in nature, then he would have taken revenge from his father first. He also tells Kairav that his mother gave him a good upbringing. Abhimanyu reveals to Kairav that he has anger issues and mother told him to control his anger. He leaves asking Kairav to not feel worried. Manjari asks Harshvardhan on call what did Goenkas say?

Harshvardhan asks Manjari to ask Nishtha to bring sweets. Manjari understands Harshvardhan’s words and gets happy. She asks Harshvardhan if Akshara is fine? If everything is fine. Manjari says that they can move on happily making others sad. Harshvardhan gets angry and asks Manjari to not show greatness in everything. He disconnects the call asking Manjari to let something good happen. Akhilesh discusses marriage functions and proceedings with Birlas. Birlas ask Goenkas to inform them as they work on a heavy schedule being doctors.

Akshara serves sweets, Abhimanyu leaves bidding bye to everyone. Goenkas feels weird, Aarohi makes excuses for Abhimanyu’s work. Neil comes in front of Abhimanyu’s bike outside the Goenka house. Abhimanyu scolds Neil and in a worried tone asks him if he got hurt somewhere? Neil asks Abhimanyu why he is doing madness. He tries to make Abhimanyu realize that he is making an impulsive decision. Neil tries to explain to Abhimanyu that this arranged marriage is not going to hide the wound of his love. Abhimanyu requests Neil to get quiet.

Neil tells Abhimanyu that his concern for him isn’t letting him keep quiet. He tells Abhimanyu to understand that he knows that he doesn’t want to get married to anyone else as he loves Akshara only. Abhimanyu grabs Neil’s collar and requests him to get quiet. He asks Neil to understand that everything is already difficult for him and requests him to not make it more difficult. Abhimanyu treats Neil like his own child/little brother and tells him that he can fulfill all his wishes. He requests Neil to just let go of this wish of seeing him (Abhimanyu) happy with his love Akshara.

Abhimanyu asks Neil to see Manjari’s happiness of seeing him getting married. He leaves requesting Neil to accept this bitter truth. On the other hand, Nishtha reminds Manjari that she taught them that impulsive decisions shouldn’t be taken in anger and restlessness. Nishtha asks Manjari, if Abhimanyu’s impulsive decision of marrying Aarohi is right? Manjari grows worried. Back at Goenka Mansion, an excited Aarohi asks her family to make her marriage grand in Rajasthani style. She asks Akshara to help her in her marriage planning. Akshara agrees with a smile. Manjari wonders why Abhimanyu didn’t return after working. She says to family that they will leave no stone unturned in Abhimanyu’s marriage.

Anand says they would keep marriage functions simple. Harshvardhan says they will keep marriage functions in a classy way. He reveals that he is seeing a PR opportunity in Abhimanyu and Aarohi’s marriage. Harshvardhan says they will show Abhimanyu and Aarohi as power couple, which will be good for the couple and Birla hospital’s image. Mahima asks Harshvardhan to not bring PR between marriage as he will get many other chances for it. She asks Harshvardhan to not talk about PR in front of Abhimanyu. Mahima asks Manjari to do marriage preparations as she likes. She advises Manjari to take children’s suggestions too.

Anand asks Manjari to ask children to keep less functions as they don’t get time being doctors. On the other hand, Aarohi speaks the opposite and says that she doesn’t want to lack anything in her marriage. She asks Akshara to share her brilliant marriage ideas with her. Akshara tells Aarohi that everything is hers only and agrees to help her. Aarohi hugs Akshara with excitement. Manish feels bad for Akshara and leaves. Other Goenkas also understand Manish’s feelings and emotions. At Birla Mansion, Manjari requests Mahima to do the shagun ritual of “Thalipeeth” to bring a positive and happy atmosphere in the house.

Everyone dances with happiness. Mahima gets tired and sits. Manjari sees Abhimanyu and dances with happiness. She feels weak, and Neil and Abhimanyu pick her up to help her dance. Manjari dances continuously in happiness thinking about her son’s wedding. At Goenka Mansion, Akhilesh apologizes to Manish for fixing Aarohi and Abhimanyu’s marriage behind his back. He reminds Manish that they distributed responsibilities of their four children between them. Akhilesh tells Manish that he did everything because he got attached to Aarohi more than other children while bringing her up. He says to Manish that in pursuit of being a good father he (Akhilesh) became a bad brother. He again asks Manish to forgive him.

Next morning, Abhimanyu dreams of spending a married and romantic morning with Akshara. He dreams of waking up Akshara in his room, staring at her vermillion and mangalsutra. Abhimanyu also dreams of giving methi dana water to Akshara. He wakes up worried and thinks that he shouldn’t allow Akshara to come in his dreams as he is going to marry Aarohi. Akshara also sees Abhimanyu in her dreams. Aarohi wakes her up and asks why she is sleeping until 10 am when she usually wakes up at 5 am. Akshara asks what work she has from her. Aarohi asks Akshara to handle pandit ji and marriage work in house in her absence. Akshara teases Aarohi like a sincere sister.

Aarohi reveals to Akshara that she is scared of getting away from Abhimanyu. She asks Akshara to get ready fast as she has to do shopping and preparations for her. Aarohi leaves, asking Akshara to drop her. Akshara thinks that she needs to submit her CV to other hospitals too. At Birla Mansion, Abhimanyu feels a little happy seeing Manjari happy with his marriage preparations. Manjari asks Mahima to advise what card and potli she should select for invitation cards? Mahima tells Manjari to finalize anything and asks her to take care of her health too. Manjari says she is feeling very happy and healthy. Mahima thinks she wanted Akshara to become Abhimanyu’s wife and Birlas daughter in law as she is just like Manjari.

She fears and thinks what will happen if Aarohi becomes Birlas daughter in law as she is already Harshvardhan’s favorite and above her in attitude. She thinks Harshvardhan will surely use Aarohi against her and she may fail in keeping her position in the Birla house. Mahima feels helpless thinking that everything changed after Manjari fell ill. Abhimanyu asks Manjari why she is not resting and taking care of her. Manjari tells Abhimanyu that she is in the air after hearing his marriage news. Abhimanyu introduces Manjari to a female wedding planner named Reen. He tells Manjari she can ask Reen to do everything as per her wishes and not even overexert herself.

Reem also introduces herself. Abhimanyu asks Manjari to not worry and rest enough to dance in his baraat. Manjari agrees and Abhimanyu leaves for the hospital. Reen asks for everyone’s addresses with phone numbers. She then asks for Abhimanyu’s childhood pics to make an AV. At last, Reen says that she also needs to decide a good theme with the wedding photographer. Manjari says she will go and bring everything. Neil insists on bringing required things from the store room. Manjari leaves for the store room. Akshara gives Aarohi a lift in her car. Abhimanyu and Akshara’s eyes meet each other at the signal.

In the next episode, Manjari will invite Goenkas for dinner. Kairav will ask Akshara to not come to Birla house for dinner with them. Abhimanyu will hope that Akshara doesn’t arrive at his house. Mahima will ask Goenkas if Akshara didn’t come with them. Kairav will reply no. Akshara will reach Birla house with a gift box. Abhimanyu will be shocked.

Reviewed Rating for Yeh Rishta 20th December 2021 Written Update Akshara’s sacrifice: 3/5 This rating is solely based on the opinion of the writer. You may post your own take on the show in the comment section below.