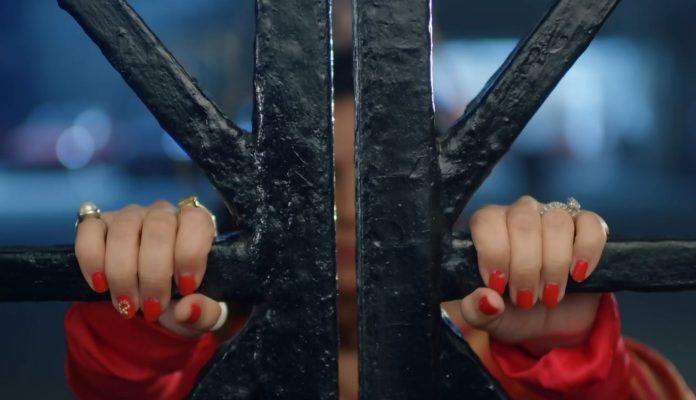 Kundali Bhagya 23rd December 2021 Written Update Preeta’s entry Pandit tells Prithvi and Luthras that a Devi will be coming to stay in their house. Preeta comes home at the same time. She opens the gate. Pandit tells the family that the wind has changed its direction, the nature will also mend, and the house will get its good luck back, the house Laxmi will be returning to them soon. Rakhi gets puzzled and thinks of Preeta. Pandit’s prediction makes Prithvi and Sherlyn too worries, and the Luthras hopeful. Preeta steps inside the house to pose a big challenge for evil Prithvi. Preeta’s dramatic entry will be happening, and new battle between Preeta and Prithvi begins.

Earlier in the show, Preeta cries for Rakhi and Mahesh. She prays at the temple. She wants to know how will she save the family from the big problem. She doesn’t know why he fate brought her back. She still feels for the family. She tells that her heart has melted seeing the family back. She tells Mata rani that she is so just seeing the family in pain. She doesn’t understand why she is losing her sleep, she dreams of the people who hate her, who once loved her, but Mahesh and Rakhi still love her, if not Karan. She doesn’t think she can do anything against Prithvi, when the entire Luthra family isn’t able to do anything against him.

She wants to go back and save them, but she can’t go against Sarla, who is worried for her. She doesn’t understand why that family is calling her back. She doesn’t know if she should become a good daughter for Sarla, or a good Bahu for Mahesh and Rakhi. She asks Mata rani to guide her and bring her out of this dilemma. She prays for some help. She gets the sindoor on her forehead. She realizes that Matarani has guided her to return to Karan. She tells that she understood which way to go now. She thanks Mata rani for guiding her. She decides to go back to the Luthra family.

After a week, Rakhi still tries to meet Mahesh. Prithvi questions her where is she going. He asks her to not be stubborn and stay away from Mahesh. Rakhi tells that she had made the milkshake for Mahesh. Prithvi drops the milkshake down. He tells that Mahesh could have died because of her mistake. He tells that he will not tolerate any loss. He asks Rakhi and Kritika to go to Sherlyn, who is sponsoring Natasha’s birthday. Rakhi and Kritika clean the floor. Sherlyn asks him what is his problem, why didn’t he allow Rakhi.

Sherlyn tells that she has planned a puja home, she will call a fake pandit home, pandit will tell them that things will get fine in the family when Karan gets married to someone. She tells that Pandit will brainwash the family to get Karan and Natasha married. She tells him that they will put Karan and Natasha in the compromising position, and then she will convince the family to make Natasha their bahu. She tells that she has explained Natasha as well, Karan will be heavily drunk and won’t remember anything. He asks her to execute the plan. He tells that he will get everything he wants, he won’t care if Mahesh dies, because he will get all the property.

He tells that once they get the property, he will free her from the good Luthra bahu drama. He asks her to go and gather the family, its time for the fake pandit’s entry. The fake pandit calls Natasha and tells that he can’t come but he is sending his dad there, he has explained his dad, who is a real pandit. He assures that his dad can handle everything well. Sherlyn informs Natasha that her fake pandit has come. Natasha worries to inform her that the pandit who has come in real. Sherlyn asks the family to sit in the puja.

Prithvi also attends the puja. He tells that he has permitted for the puja, but doesn’t want much smoke in the house. Natasha tells that its her birthday, but she kept this puja for the house peace. She adds that the Luthras are dealing with a lot of problems. Pandit asks the family to sit in the puja, all their wishes will turn true. Bani asks Rakhi to call Karan. Rakhi goes to call Karan. Kritika goes to get the puja items. Sameer tells Bani that he is okay now. Kritika helps the pandit and passes the Gangajal to him.

Kritika gets a message from the clinic that Dr. Preeta Arora is appointed to visit Rakhi Luthra at home for the treatment. She gets worried. She goes to call the clinic. Pandit ji sprinkles the Gangajal in the entire house. Karan gets drunk and still thinks of Preeta. He cries for Preeta. Rakhi comes to his room and finds him sunk in alcohol. She cries on seeing tears in his eyes. He lies that he isn’t crying. She knows that he is missing Preeta and crying for her. He tells that he isn’t missing Preeta. He tells Rakhi that he sees Preeta everywhere. Rakhi feels sorry and sad for her son.

Karan asks her to give Preeta’s picture to him. She knows that he will cry for Preeta all night. She tells that its Natasha’s birthday, Sherlyn kept a puja at home, he must also attend it. He refuses to go. She tells that Rishabh left the family and never looked back, Sherlyn is also in trouble, she is bearing Prithvi’s tortures, she is still standing by them, she has proved herself as a good bahu. She asks him to come for Sherlyn’s sake. He tells that he will come for his mom’s sake. She asks him to freshen up and get sober. Karan goes. Rakhi knows that Karan loves Preeta a lot.

Kritika reaches Rakhi and informs her that Preeta is coming. Prithvi overhears them. He is shocked to know this news. Kritika tells that the clinic message states that Preeta is coming for home visit. Rakhi tells that Preeta will never come back to them, after all they had ousted her from the house. Rakhi takes Karan for the puja. The family prays in the puja. Natasha finds Karan already drunk. Pandit asks the family to make their wishes, it will be fulfilled soon. The family wishes for Mahesh’s recovery, Rishabh’s return and Karan’s well-being. Natasha prays to become the best dancer. Rakhi prays for the family’s happiness. She hopes for a miracle that her family gets back in form. Preeta arrives home as an answer to their prayers.

Reviewed Rating for Kundali Bhagya 23rd December 2021 Written Update Preeta’s entry: 3/5 This rating is solely based on the opinion of the writer. You may post your own take on the show in the comment section below.