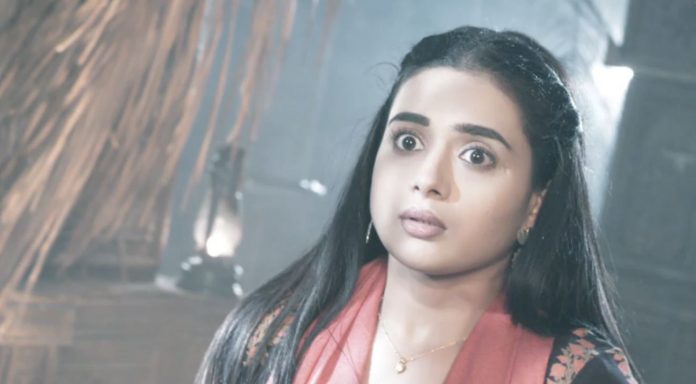 Sasural Simar Ka 23rd December 2021 Written Update Simar in danger Simar tells that Aarav is the one whom she trusts the most. She enters the place just to show her faith on Aarav. She calls out Aarav. Samar gets Avinash’s call. Avinash asks about Simar and Gagan. Samar tells that everything is fine, he had come with Simar to have a talk with her. Avinash asks him to come home. Indu is worried for Gagan. Roma tries to call Gagan. She tells Lalit that Gagan isn’t answering. Gagan is lying unconscious. Roma calls Reema to find out about Gagan. Reema pacifies Vivaan, who wants to understand his mom for once. He feels guilty that he misunderstood his mom. Reema knows Chitra’s truth well. She gets Roma’s call.

She learns that Gagan is missing. Roma tells that Gagan didn’t reach home. Reema tells that she will try to find him. She calls Gagan. She shares her worry with Vivaan. She asks Vivaan did his family do wrong with her brother. He asks her not to worry. Aarav is with Yamini. He wants to feel Simar by playing the musical instruments she used. She knows that wants to stay close to everything that’s connected to Simar. He tells that just she understands his emotions, his family doesn’t understand him. He thanks her. Simar tells Aarav that she has come to him.

Aarav tells that once he gets Simar, he will keep her happy. Yamini tells that love is like worship, it gets accepted if it has respect and good intentions. She advises Aarav. She asks him to do as she told him. Simar senses something wrong seeing the odd place. She thinks Aarav can never call her at such a wrong place. She tries to leave. Simar is shocked to see Mohit at the dark place, where he had tricked her by Aarav’s name and called her. Mohit thanks her for trusting him. He tells her that the night will be the most beautiful one for them.

He laughs on her plight and ties her up. Simar asks him to stay away from him. He tells that he will not spare her tonight for anyone’s sake. He asks her to forget Aarav’s message and concentrate on the moment. She asks him to let her go. He tells that she has given him enough gifts, and he has to thank her for it. He reminds how Aarav, Sandhya and Simar slapped him and insulted him, they forced him to leave their city. He tells that he isn’t scared of them, Aarav had triggered his anger. He threatens her. Simar understands his disgusting mentality. He tells her that he likes her a lot when she scolds him.

He tells that he will settle his scores with her family and forgive Aarav for his mistakes. He tells that he may get bored of her soon and allow her to leave if she gives up herself to him. He gives her time to think. Samar looks for Simar. She gets hopeful. Yamini and Aarav visit Simar’s house. Avinash and Indu are not so happy to see them. Yamini introduces herself as Simar’s Guru and Choti Maa.

She apologizes to Indu to come uninvited. She tells that she got Aarav with her to talk to them. She assures that she doesn’t wishes bad for Aarav. She pleads them to listen to Aarav once. Aarav asks Avinash not to alienate him. Avinash and Indu allow them inside. Aarav looks for Simar. He wants to see Simar once. He accepts his mistake. He regrets that he couldn’t raise a voice against his family.

He pleads them to give him one chance, he will fix everything, he promises them. He asks them to bless him to live once again with Simar. Avinash tells that he trusts Aarav, who can fix everything, but he has to go away from Simar’s life if he wants to see her happy. Avinash tells that Aarav’s family has filled poison in Simar’s life. He doesn’t think Simar will recover soon. He doesn’t want to push his daughter into the same poisonous family again. He tells that their families can never unite now.

He begs Aarav to free Simar and forget them forever. Indu tells that both the families will need to pay a price if Simar and Aarav unite, there will be just destruction. Aarav tells that his family snatched Simar from him. He sits there and eats some food. Avinash and Indu pity him. Indu and Avinash don’t bless Aarav and order him to leave. Aarav gets stubborn. He tells that Simar is just of him. He adds that he will never let Simar marry someone else. He thanks Indu for the tasty food and leaves.

Reviewed Rating for Sasural Simar Ka 23rd December 2021 Written Update Simar in danger: 3/5 This rating is solely based on the opinion of the writer. You may post your own take on the show in the comment section below.