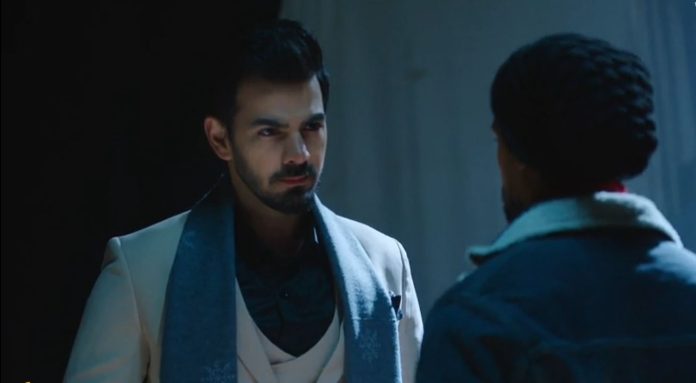 Udaariyaan 23rd December 2021 Written Update Angad meets Fateh Angad gets doubtful when he meets Fateh to thank him for saving Tejo’s life. He also can’t be sure if he is thinking right. His doubt gets more stronger when Tejo also hints him that Fateh has saved her life. After Fateh leaves from the hospital, his truth gets known to Angad, who checks the patient submission form signed by Fateh. Angad is shocked to know about Fateh, who didn’t go to Canada with Jasmin and is still in the city. He wants to find out how did Fateh reach Tejo. Angad finds out about Sharma’s driver Jaideep, and realizes that he is Fateh.

Angad heads to Sharma’s house to check the servant quarter and find out Fateh. Fateh returns to Sharma’s house and prays for Tejo. He learns about a visitor, and is shocked to see Angad. Angad meets Fateh and confronts him for his hide and seek game with them. What will be Fateh’s reply? Will Fateh’s repentance gets known to Tejo, or will Angad hide about Fateh to keep Tejo with him? What will Angad do next? Will Tejo find out Jasmin’s conspiracy truth? Keep reading.

Earlier in the show, Fateh is happy to see them happy and together. He just wishes Tejo to be smiling always. Tejo is still doubtful that her savior was Fateh. Angad also gets doubtful after hearing her word. Fateh goes away while praying for Tejo, and gets into a close hit and miss with Jasmin. Jasmin doesn’t want Riya’s Nani to tell Angad about her, else her plan would fail. She so wishes to take her revenge on Tejo and Fateh soon. Fateh’s identity gets disclosed in front of Angad. Stay tuned.

Jasmin wants to find out Fateh, and doesn’t see that he is just behind her. She calls up Sweety and tells her that Fateh is a family person, he can’t stay without his family for long. She asks Sweety to find out about Fateh, if he has visited his home or not. She suggests that Sweety gets the truth out of Simran’s son Candy. She doesn’t want to miss Tejo in the whole search for Fateh. She decides to meet Riya’s Nani. On the other side, Angad takes really good care of Tejo and settles her in his house until she recovers. He wants to look after her since she is his responsibility.

Tejo tells that she doesn’t want to become a burden on him, but he replies that he will be too happy to take such a burden. He lies to her that he is going to the office, and goes to meet Fateh instead. Later, in his absence, Riya’s Nani comes home and rebukes Tejo for trapping a rich man like Angad for money. She tells that both Tejo and Angad can’t get Riya’s custody, because she also has a helping hand now. She doesn’t reveal Jasmin’s name. She threatens Tejo and ruins the latter’s peace before leaving. Tejo thinks to talk to Angad about this matter when he returns home. Jasmin and Riya’s Nani join hands against Tejo. Riya’s Nani just wants Riya, while Jasmin wants her revenge on Tejo. She wants Tejo to get out of Angad’s life. Angad heads to meet Fateh at Sharma’s house.

Jasmin tells Riya’s Nani that she can help her get Riya, but Nani has to work out her plans. Nani wants to know what she has to do in order to get Riya. She is ready to do anything to get Riya from Angad, before Angad marries Tejo. Angad meets Fateh and confronts him for the new identity he picked up. He asks Fateh why didn’t he go to Canada with Jasmin when he had married her. Fateh asks Angad how did he know about him. Angad tells about checking the hospital form and then knowing the truth. He knew that Fateh had saved Tejo. He has many questions for Fateh.

Fateh tells that its a long story, he is just running away from himself in order to repent his mistakes. Angad asks him to tell him everything. Fateh reveals about his fake marriage wih Jasmin. He tells Angad everything about Jasmin and his breakup, how he had burnt her passport and left her at the airport. Angad can’t believe it. He asks Fateh if he didn’t love Jasmin. He further asks Fateh why didn’t he go home to his family who loves him a lot. Fateh tells him that his family will get a hope to unite Tejo and him, which he doesn’t want. He has seen Tejo happy with Angad, and wants her happiness.

Angad tells that he will really marry Tejo if Fateh steps back. Fateh loves Tejo, but doesn’t admit in front of Angad. He makes a sacrifice of his love, but Angad still understands Fateh’s love, since Fateh couldn’t stay away from Tejo when he saw her in danger. Angad thinks of uniting the couple, while Jasmin plans to separate them. Meanwhile, Tejo speaks to Khushbeer and Gurpreet after a long time, who ask her to marry Angad soon. She makes excuses to avoid the marriage talk. She can’t tell them that she still loves Fateh, he is the only person in her heart. Tejo cries for Fateh.

Reviewed Rating for Udaariyaan 23rd December 2021 Written Update Angad meets Fateh: 5/5 This rating is solely based on the opinion of the writer. You may post your own take on the show in the comment section below.