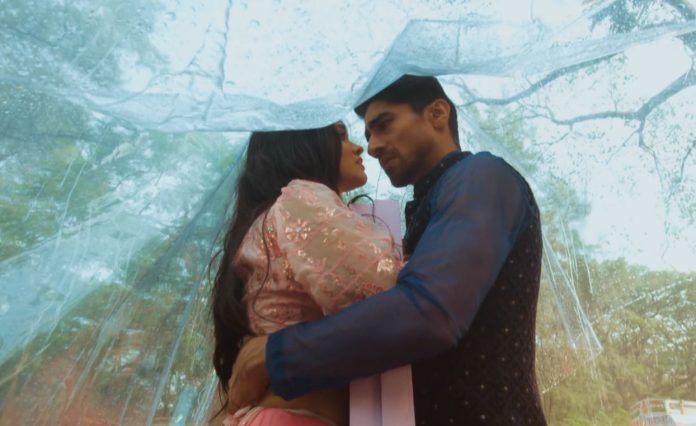 Yeh Rishta 24th December 2021 Written Update Romantic Abhimanyu asks Goenkas to understand that there may be a reason behind what his mother is saying. Manjiri asks Abhimanyu to get quiet. Manish gets angry and says he wants to know why Birlas fight with everyone after committing a mistake themselves. Akshara stops the argument but requests them to listen to her once. She says sometimes younger people in the house can too give solutions to big issues. Manish asks Akshara if she thinks it’s a small issue? Akshara asks Manish how he can forget that he only taught them that nothing is bigger than his children’s safety.

She asks everyone to understand that Manjiri’s pandit ji revealed about the upcoming problem at least before marriage. Akshara says it’s okay to wait instead of suffering any issues further. She asks everyone to understand that God would have thought something good for them on the new date. Everyone agrees with Akshara. Manjiri silently thanks Akshara. Abhimanyu tauntingly says it seems that Akshara wholeheartedly wants this marriage to happen. Manjiri apologizes to Goenkas. She tells Goenkas to meet Birlas in the temple the next day, to do pooja of the new marriage card with the new date.

Goenkas agrees. Vansh gets excited when Manjiri says Reem will stay and discuss with them (Goenkas) about marriage preparations. Kairav looks weirdly at Vansh and Reem. Manjiri takes Goenkas leave. Aarohi leaves to see off Manjiri. Abhimanyu stops and looks at Akshara in anger. Harshvardhan shocks Mahima saying that Manjiri convinced Goenkas for a new marriage date. He says no one will get to know the real reason for postponing the marriage. Anand asks Harshvardhan to be careful as Abhimanyu would get to know the real reason behind marriage postponement if he meets the minister. Harshvardhan says everything will go fine if the secret remains between him, Anand and Mahima.

Akshara finds that Abhimanyu forgot his phone. She gets shocked and feels guilty seeing her photo as Abhimanyu’s phone’s lock screen. Abhimanyu returns and changes the lock screen in front of Akshara. Abhimanyu asks Manjiri if she lied on Harshvardhan’s orders? He asks Manjiri why she is lying as he knows nobody has interest in pooja-paath other than two of them in Birla house. Abhimanyu tells Manjiri that he understands that she is lying for Harshvardhan. Manjiri tries to change the topic and tells Abhimanyu that she doesn’t want any issue in marriage preparations starting from the next day. Abhimanyu asks Manjiri to calm down as everything would go as she says.

Akshara is seen making beautiful marriage cards for Aarohi’s marriage. She says she made a bigger size card for the next day’s pooja. Aarohi thanks Akshara and says “I love you” to her. Vansh says their one team member will leave them now. Akshara jokingly says they can get Vansh’s marriage fixed by asking Manish. She says a sister in law will arrive after Aarohi leaves. Vansh refuses to get married saying that he is living happily like this only. He says they should focus on Aarohi’s marriage now as they have a great wedding planner like Reem. Kairav jokes and says that they will think about Vansh’s marriage after Aarohi’s marriage.

All the brothers and sisters laugh together. Aarohi gets tensed on receiving a message. She thinks marriage card pooja is at 9 am and online test at 8:30 am. Akshara asks Aarohi why she is tense? Aarohi lies and says she has just a communication related to a patient in the hospital, nothing to worry. Everyone leaves for their work. Akshara puts Aarohi’s siblings name in rsvp/relatives name. She cries by putting her name in rsvp instead of in the bride’s name. Akshara feels broken and recalls her moments with Abhimanyu. Her tears fall on Aarohi’s name wiping “oo” from it. She corrects it and pastes Aarohi’s name in the bride’s name place once again.

Next morning, Goenkas and Birlas are seen in the temple. Heavy rains on the first ritual and ceremony of marriage scares them. Anand asks them not to worry as the weather doesn’t work according to their schedule. Harshvardhan says Abhimanyu’s got busy at hospital and is on his way to the temple. He asks about Aarohi’s whereabouts. Swarna says Aarihi got late in her makeup. She says Akshara made many beautiful cards and also a special bigger size Ganpati card. Swarna says Akshara is coming with the bigger card in another car. Manjiri says it’s okay they can wait till muhurat.

Aarohi is seen outside the temple. She thinks she will go to the temple after the interview and make rain as an excuse for her being late. Akshara’s car gets stuck in the rain due to the stone. She doesn’t tell Kairav about it when he calls, not to worry him. Akshara leaves with an umbrella and the big card Goenkas worry about Akshara and Aarohi. Birlas worry for Abhimanyu. Mahima smirks thinking if fate is playing some other game in the name of rain. Aarohi is seen busy in her interview/test. Akshara is seen struggling in the rain. Her umbrella falls down.

Abhimanyu comes and covers Akshara and himself in a transparent sheet. They get lost in each other. Abhimanyu asks Akshara to relax as the box got wet, not the card. They again get lost in each other’s eyes and arms. Abhimanyu says he stopped at a tea stall because of rain. He says he saw her getting wet in the rain and brought the sheet. Akshara says there is a shortcut to the temple nearby. In his thoughts, Abhimanyu asks Akshara if she will not stay with him even if the creator of the world stops her. Akshara feels Abhimanyu’s questions. Abhimanyu changes the topic and starts walking towards the temple with Akshara.

In the next episode, everyone will be seen performing marriage card pooja in the temple. Aarohi and everyone will get shocked seeing Akshara’s name in the bride’s place in the marriage card kept in front of God. Next, Akshara will overhear Harshvardhan telling someone on call that he should get some benefit as he with huge difficulty changed Abhimanyu’s marriage date to adjust minister’s surgery. Harshvardhan will find that Akshara heard his secret.

Reviewed Rating for Yeh Rishta 24th December 2021 Written Update Romantic: 5/5 This rating is solely based on the opinion of the writer. You may post your own take on the show in the comment section below.