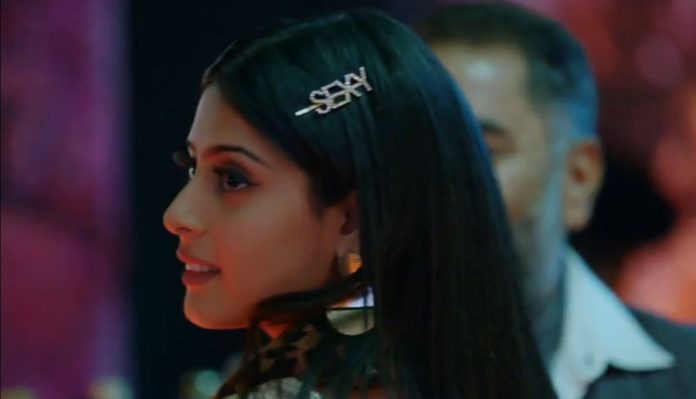 Udaariyaan 26th December 2021 Written Update Jasmin exposed Jasmin goes to Tejo’s house to drop the pictures of Angad and her, and shock Tejo. Tejo is really shocked to see such strange pictures of Angad and wonders who is the girl he met. She can’t recognize Jasmin in the get up. On the other hand, Fateh looms around Jasmin to find her truth. He finds her with some man in the pub, and goes close to know her actions. Jasmin turns to see if anyone is keeping an eye on her, but Fateh covers up his face. Angad misunderstands Fateh when Tejo confronts him about the pictures. The huge misunderstanding created by Jasmin initiates a huge fight between Angad and Fateh, where they both end up hurting each other as fools. Will Fateh stop raged Angad and tell him about Jasmin’s evil? Keep reading.

Earlier in the show, Fateh very well knows that Jasmin hates Tejo and will really some step against Tejo. He doesn’t want Jasmin to succeed in her evil motives. Tejo tries to find out about Jasmin and reaches the hotel again. She learns that Jasmin has checked out. She doesn’t know who is she and why is she troubling Angad. She thinks to find out the truth. She returns home and spends time with Riya. She misses her family a lot.

Later, Angad comes home and is glad to see Tejo happy with Riya. He teases Tejo in a funny way. He tells her that she is in their lives for a reason, Riya had to meet her. He thanks her for keeping Riya happy. He wants to profess his feelings, while Tejo decides to tell him about the suspicious girl who has joined hands with Riya’s Nani. Will Fateh fail Jasmin’s plans? Keep reading.

Fateh realizes how dangerous Jasmin is. He wants to protect Tejo from her. He knows that Jasmin believes Tejo is her enemy. He decides to not inform Angad and disturb him, and instead stay back to protect Tejo. He wants Tejo to move with Angad in peace. Angad gets selfish to have Tejo with him in his life. He tells that they both will have a good life ahead, by making Fateh away forever. He doesn’t want Fateh to win Tejo. He recalls Tejo crying for Fateh. He tells that once Tejo learns that Fateh didn’t marry Jasmin, her love will be revived and she will go back to Fateh. He doesn’t want this to happen. He thinks he wants his love and this isn’t wrong. He tells that he will marry Tejo before Fateh returns in her life.

Fateh is caught up by Sharma ji, who finds Fateh leaving forever. Sharma stops Fateh and learns that Fateh is running away from his loved ones for the sake of their happiness. He doesn’t want Fateh to go anywhere, by leaving him. He tells that he will support Fateh in his task, but Fateh should stay with him. Fateh tells Sharma about his love for Tejo, without mentioning her name. He tells her that Tejo is going to marry someone who would keep her happy, but there is an enemy trying to ruin her happiness. He adds that he wants to protect Tejo from that enemy. Sharma tells that he is with Fateh in his good intentions.

He gets emotional and calls Fateh as dear as his son. He asks Fateh to come to stay with him in his house, and then do anything he wants. Fateh gets convinced to stay with Sharma. He just wants to find about Jasmin’s motives to protect Tejo. Angad calls up Khushbeer to get the marriage talks proceeding. He wants Khushbeer to call Tejo and pressurize her for marrying him/Angad. He thinks just Khushbeer can convince Tejo. He lies to Khushbeer that Tejo has nearly agreed for the marriage, and he is still convincing her as much as possible.

He gives hopes to Khushbeer that Tejo’s marriage will happen soon. He asks Khushbeer not to tell anything to Rupy, stating that he will give a surprise to Rupy. He lies to Khushbeer. Khushbeer gets happy that Tejo is finally deciding to move on. He tells Gurpreet that they shall not tell anything to Rupy and family. Angad wishes Tejo agrees for the marriage, then she will be very happy with him. Angad goes to the same pub, where Jasmin is fooling some other client of the lawyer. Fateh happens to follow Jasmin and reach there. He overhears Jasmin’s conversation and wonders what work she is doing that she is earning a lot of money by just getting pictures clicked.

Fateh tries to catch her aide and learn the matter, but Angad spots Fateh at the time same, and gets too upset that Fateh cheated him again. Angad didn’t know that Fateh will go against his word. He asks Fateh what is he doing in Rampur when he promised to leave. Fateh tells that he has some important work. Angad asks him to accompany him, he has to talk about Tejo. Angad learns that Fateh didn’t leave the city. Angad bashes him up in frustration. Angad misunderstands Fateh’s intentions and thinks Fateh doesn’t want to leave from Tejo’s life. He gets too angry.

Fateh enquires if Tejo is okay. He asks Angad why is he so upset with him. Fateh explains him that he didn’t come to win Tejo, he just wants Tejo’s safety and happiness. He asks Angad to listen to him once. Angad wants him to forget Tejo. He finds Fateh a disgusting liar. Fateh tells Angad that he just wants to help Tejo, he isn’t trying to get back to her. Angad tells that he is angrily beating him for the fact that Fateh is hurting Tejo again. He can’t tolerate Fateh bringing sorrow for Tejo. He warns Fateh to stay away from Tejo’s life and never hurt her. Fateh is in shock over Angad’s mad behavior.

Meanwhile, Tejo receives Angad and Jasmin’s pictures, and gets confused. She doesn’t know about the girl. Jasmin informs Riya’s Nani that Tejo would have seen the pictures by now, and would angrily leave from Angad’s life. She asks her to go to Angad’s house in his absence and take Riya from there. She is sure that Riya and her Nani will be away from Angad and Tejo before the latter learns. Stay tuned.

Reviewed Rating for Udaariyaan 26th December 2021 Written Update Jasmin exposed: 5/5 This rating is solely based on the opinion of the writer. You may post your own take on the show in the comment section below.