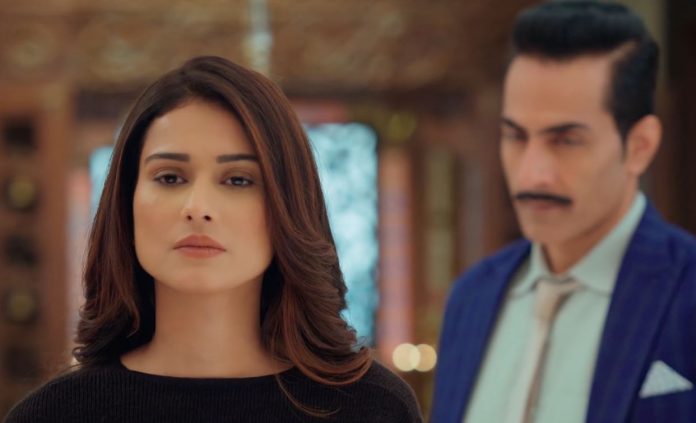 Anupama 27th December 2021 Written Update Upfront Malvika Anupama asks if something happened due to her? Anuj tells Anupama that he didn’t know that a little praise will rise and turn into a bigger issue. He tells Anupama that Malvika went out of control when he praised her (Anupama’s) pancakes in front of her. Anupama says a person gets mature as he/she grows older. She says some people fail to grow mature as they always act childish and immature. Anupama explains to Anuj that people like Malvika are unique and simple. She says that Malvika doesn’t pretend anything and can’t hide her emotions.

Anupama continues explaining to Anuj that Malvika speaks her heart out and is an upfront person. She further explains to Anuj that people like them have got the habit of living life being worldly-minded. Anupama says people like them are no more comfortable with truth. She says people have forgotten to live in the present and think about their tomorrow first. Anupama explains that people like them find it difficult to deal with people who speak the truth and live in the moment. She says Malvika is just like a little timid girl who lost her parents and now fears losing her brother.

Anupama explains to Anuj that only Malvika has the right on his time. Anuj says with Malvika, she (Anupama) too has rights on his time. At Shah house, Malvika asks Vanraj if they should keep all four of their restaurants names on four seasons? Pakhi teases Samar saying that now a restaurant will be named after him. Vanraj says to Malvika that they should concentrate on other details and decide the name later. Malvika replies that these days people decide to go to a restaurant on the basis of their names too. Vanraj agrees to Malvika’s suggestions. In a low voice Baa asks Bapuji how Malvika is so slim even after she eats so much?

Bapuji says he doesn’t know. He says Malvika is a lovely girl. Bapuji further explains that Malvika is just like a child, when she speaks her heart out but is also a smart business woman. Baa says Malvika initially didn’t seem like a wise business woman through her clothes. Bapuji tells Baa that garments businessman/businesswoman would have been the most successful if capability was all about clothes. Mamaji agrees to Bapuji’s words and forgets who Malvika is? Malvika thanks Pakhi for her comfortable outfit. She asks Pakhi for a pencil and says she feels comfortable writing with pencil. Pakhi says she also loves using pencils only. Malvika calls Pakhi her soul sister.

Whole Shah family discusses Malvika’s behavior. Bapuji calls Malvika a good hearted person. Paritosh and Samar call Malvika a cool and clean hearted person. Kinjal thinks Malvika is a little different person. Pakhi feels good as Malvika called her a soul sister. She starts calling Malvika SS (soul sister). Kavya witnesses everyone happy with Malvika and feels jealous. Nandini notices this and Samar notices her. On the other side, Anuj assures Anupama that he won’t go away from Malvika and her because of each of them. He says he stayed far away for years but can’t stay away anymore. Anuj requests Anupama to not go away from him.

They start walking away from the tea stall. On the other hand, Samar takes Nandini somewhere alone and asks her what happened. Nandini explains to Samar that she feels weird with Malvika staying at Shah house. Samar makes Nandini smile by saying that he just realized that the people who brought happiness in his and Anupama’s life are from the US. They laugh but then Nandini explains to Samar that she is feeling bad for Kavya. Nandini says Kavya is already feeling insecure with divorce notice and now Malvika came into Vanraj’s life. Samar asks Nandini kf she feels that Kavya may face the same thing which Anupama went through. He asks Nandini to relax as this time Vanraj’s focus is only on his work.

Nandini says that concentration and focus can change into another direction in no time. She says Vanraj committed the same mistake earlier. Samar gets angry at Nandini and asks her to not think extremely like Kavya. He leaves from there and witnesses Malvika and Vanraj fighting over the cuisine of their restaurants. Malvika gives her opinion while Vanraj says the opposite, that people try to find homely taste everywhere. Malvika remains adamant that she will decide and finalize the menu. Vanraj reminds Malvika that they are partners and his opinion matters too. Malvika asks Vanraj to partner with his opinion as she isn’t interested.

Vanraj says to Malvika that he will find another partner and asks her to return to the USA. Everyone except Kavya gets worried with Malvika and Vanraj’s argument. On the other hand, Anuj feels mesmerized seeing Anupama playing with Magnets in the office cabin. He calls Anupama a magnet thief. Anupama says she picked it up unconsciously while working. She talks about work but Anuj continuously teases her by calling her a magnet thief. Anupama stands up and reminds Anuj that it’s a magnet which he stole from her in college. Both of them get awkward. Malvika and Vanraj argue continuously. They warn each other of the loss they could incur because of their disagreement.

Kavya feels jealous of Vanraj and Malvika’s arguments even. Shahs get shocked with Malvika and Vanraj’s way of decision making. Vanraj gets a higher number on the dice and wins the argument with Malvika. Malvika calms herself and agrees to Vanraj’s decision about Menu. She tells Vanraj to make a decision and start work as she transferred 50 lakhs to company accounts. Everyone gets shocked hearing such a large amount. Malvika finds Baa’s behavior cute. Vanraj says he will start working from today. Malvika says she will now work the next day.

Vanraj apologizes to his family for scaring them and tells them that he and Malvika work like this only by arguing. Malvika tells everyone that they have got in the habit of working with arguments and tosses for decision making. Pakhi requests Malvika to share her travel experiences. Malvika asks her to wait a little. She tells Paritosh that he is going to join her and Vanraj’s company. Malvika requests Bapuji and Mamaji to handle the cafe. Vanraj says he wanted to tell him about this at the right time. He asks Paritosh to take this good opportunity. At Anuj’s office, Anupama asks Anuj what is in the box he is carrying? Anuj shows Anupama the things that he brought for Malvika’s new cabin as decorations.

The things include fairy lights, his and Malvika’s photo frame and blank frame. Anupama asks Anuj whose picture will be put inside the blank frame. Anuj teases her by asking if he should say. Malvika shakes hands with Paritosh and welcomes him to Vanika Teamworks. Kinjal asks Toshu if he is happy. He says that at present he can’t process anything so fast. Kinjal and Pakhi ask Paritosh to thank Vanraj and Malvika. Malvika asks Pakhi to make her have something sweet and then discuss her travel experiences. Vanraj and Malvika inform Shahs that they are going to hold a Christmas party. Baa asks Vanraj what kind of a girl Malvika is? Vanraj tells Baa that Malvika is his fate/destiny.

Kavya asks who is she then? Vanraj says nobody gave him a chance except Malvika and he will not break her trust ever. Anuj and Anupama discuss Malvika and Vanraj’s partnership. He tells Anupama that he is feeling a little disappointed that Malvika is separately partnering with Vanraj and didn’t consider working with her own brother. Anupama explains to Anuj that a person who learns to work independently gets successful. Anuj explains to Anupama that sometimes people should take their elders’ help for their happiness instead of support. He says he would have been happy if Malvika would have chosen him for guidance instead of Vanraj.

Anupama asks Anuj if he feels Malvika made a mistake by choosing Vanraj as her business partner. Anuj explains to Anupama that both Malvika and Vanraj are short tempered and unpredictable. Anupama gets worried hearing this. In the next episode, Malvika will shock Anuj by informing him that she transferred 50 lakhs to the project/business account as Vanraj has started working on it. Anuj will look shocked and ask 50 lakhs. Malvika will question Anuj’s tone. Anuj will say that he isn’t worried about the big fat amount. Malvika will ask Anuj if he is worried that she gave the big amount in Vanraj’s hands. Both Malvika and Vanraj will ask Anuj what problem he has with Vanraj.

Reviewed Rating for Anupama 27th December 2021 Written Update Upfront Malvika: 5/5 This rating is solely based on the opinion of the writer. You may post your own take on the show in the comment section below.