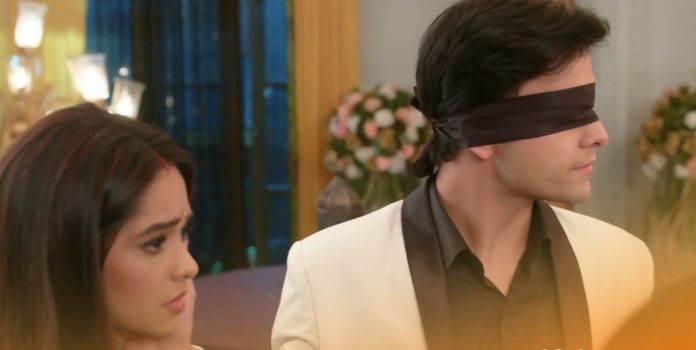 Kumkum Bhagya 28th December 2021 Written Update Love proof Aaliya asks Rhea to wear the Gajra and let Ranbir know about it, so that he easily reaches her and wins the round. Rhea just wants Ranbir to find her and declare her as his wife, only then they will be announced as the best couple. Prachi tells Shahana that Rhea ha done cheating again. Shahana asks what does she mean. Prachi tells that Rhea has deliberately worn the Gajra/floral wand to make Ranbir identify her the floral fragrance. Ranbir goes to Rhea and identifies her because of the Gajra, but doesn’t hold her hand. He returns to Prachi and holds her. He tells them that Prachi is his wife.

Prachi is surprised when Ranbir proves his true love to her by identifying her, with the blindfold on his eyes. Rhea, Pallavi and Aaliya’s plan fails. They are shocked by Ranbir’s upsetting move. Will Shahana become a mediator in between Ranbir and Prachi, and help them sort the misunderstandings that ruined their beautiful relation? Keep reading. Earlier in the show, Pallavi tells it was her dream to get Rhea and Ranbir married. Vikram tells that Pallavi was much happy at the time of Rhea and Ranbir’s marriage, more than her own marriage.

Prachi asks Ranbir did he change his mind. Ranbir tells that its not important. He asks her not to expect anything from him. He wants her to accept her fault. He tells that she didn’t want him to contact her. Rhea asks Ranbir to come with her. Ranbir goes with Rhea. Pallavi tells the guests about the blindfold game. She is super excited. She tells that they will blindfold the husbands, and then make them lookout for their wives, the winning couple will get the best couple award. Keep reading.

Rhea thinks to get Ranbir’s attention by using the Gajra. Aaliya suggests her and tells that they will make Ranbir choose the red chit, and make him kiss his wife. Rhea is happy to get a kiss from Ranbir. She hopes to win the round. Aaliya tells that Pallavi will also know about their plan. Dida thinks Aaliya and Rhea can’t separate Ranbir and Prachi. Aaliya chooses the red chit. Rhea tells Ranbir that she will fix the Gajra to get him straight to her, he will get drawn to her by the essence of her love. She wishes him all the best.

Aaliya asks Vikram to start the game and find his wife. Vikram really finds Pallavi. He tells that he is scared of Pallavi, so he found her. Aaliya gives him a task to do for his wife. She asks him to praise his wife. Vikram tells that he always does poetry for his wife. Shahana makes Prachi stand with the girls. The game goes on. Rahul makes a mistake and doesn’t find his wife. Aaliya punishes him for failing in the round. Aaliya and Pallavi call Ranbir for the game. Prachi is angered that Rhea is a cheater, she has worn the Gajra to make Ranbir identify her.

Ranbir tells that Prachi is his wife. Shahana and Dida get too happy watching their love. Ranbir removes the blindfold and sees Prachi. He tells that he is ready for the punishment. Aaliya tells that she will get the chit. Dida tells that she is elder, she will get the chit for Ranbir. Dida gets the red chit. Aaliya and Rhea get worried seeing the red chit. Dida gets another chit. She tells that the guy and the girl have to dance together. Ranbir asks Prachi for dance. Prachi gives her hand. They both look stunningly beautiful on the dance floor, with eyes brimming with love. They perform the dance.

Rhea gets too upset watching their romantic dance performance. Shahana finds Rhea and Aaliya leaving. She senses that they are going to do something. She follows them to find out the plan. Ranbir and Prachi get close on the dance floor. Aaliya asks Rhea what is she doing. She knows that Rhea is upset. Rhea angrily throws the Gajra. Aaliya tells that Ranbir did a mistake. Rhea tells that Ranbir wanted to call Prachi his wife, that’s why he held Prachi’s hand. She tells that its impossible to keep Ranbir and Prachi away, because Ranbir still loves Prachi. She tells that his love is getting him drawn towards Prachi again. She adds that they have to separate Ranbir and Prachi forever, legally.

Ranbir and Prachi are lost in each other’s eyes. The ladies ask Pallavi about Rhea. The lady compliment Ranbir and Prachi, who look made for each other. Dida tells that Rhea would feel bad if she hears this. Ranbir wants to know if Prachi felt the same as him. Prachi doesn’t want to feel love for Ranbir. Ranbir goes to ask Prachi about her feelings. He tells her that he knows her feelings, but wants to know it from her, why didn’t she give her contact to him. He wants his answers. Keep reading. 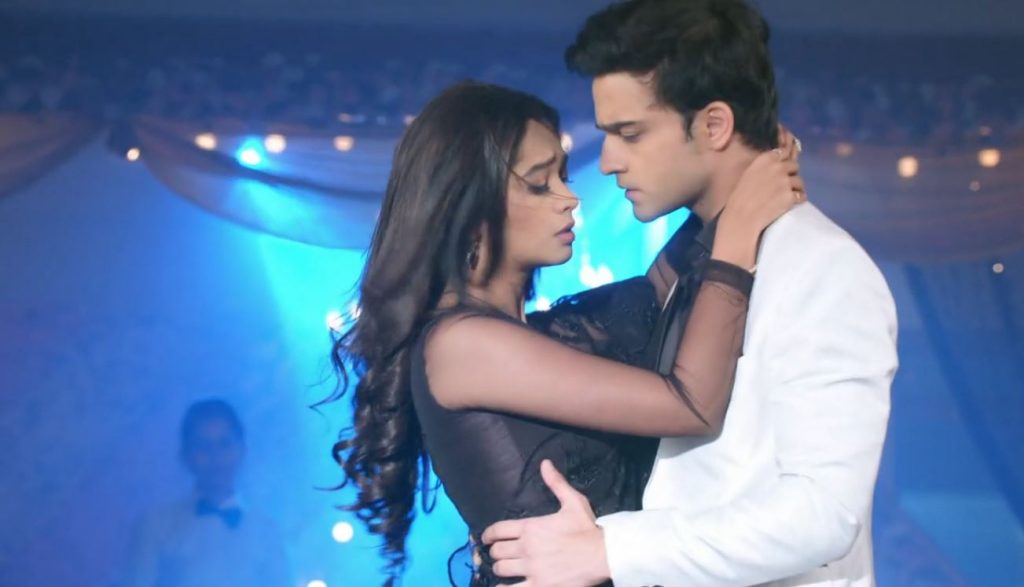 Reviewed Rating for Kumkum Bhagya 28th December 2021 Written Update Love proof: 3/5 This rating is solely based on the opinion of the writer. You may post your own take on the show in the comment section below.