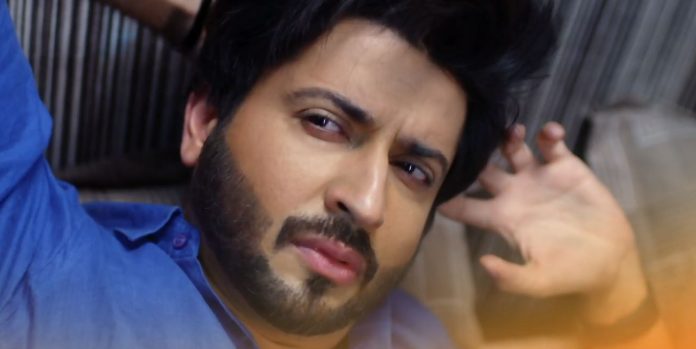 Kundali Bhagya 28th December 2021 Written Update Karan meets Preeta Prithvi is shocked when Preeta claims the ownership of the mansion. Preeta tells the Luthras that she has come home to get her property share. She adds that she didn’t come for their sympathy, love or forgiveness. She shocks the Luthras and also Prithvi. She tells that she has come for her rights, her share and her money.

Kareena tells that she so expected this from Preeta, who is really greedy. Rakhi is shocked to know this. Bani rushes to wake up Karan and inform him that Preeta has come back. She tells that Preeta had told this herself that she has come back for money, she married Karan just for the sake of money. Karan is shocked to know this. Preeta aims to protect Mahesh first. How will Preeta reach her goals? Will Karan support Preeta or misunderstand her intentions? Keep reading.

Earlier in the show, Preeta asks Prithvi is he mad to make the family believe him so easily. She tells that he is just fooling them. She tells that his story is too fake. She asks him to know that Mahesh and her relation is of a father and daughter, whenever Mahesh needed her, then she stood by him, whenever she needed him, then he stood by her. She tells that Mahesh has written her will on her name, because he trusts her a lot. She tells that her story is believable and original. Prithvi fails to oust Preeta. How will Preeta stand against Prithvi and Sherlyn all alone, when none of the crazy Luthras are supporting her? Stay tuned for the next twists.

Preeta apologizes to Kritika and tells that she doesn’t care for her opinion, she has no time for it, because she has to solve bigger problems. Kareena wishes that Preeta showed her real side to the family before. Preeta tells that she would have not fulfilled her motive if she showed her truth to them before. Kareena asks Rakhi to tell something. Rakhi asks Preeta why did she come back when she said that she moved on. She doesn’t understand why Preeta is speaking bad about herself. She tells that she knows Preeta isn’t so bad. Kareena asks why doesn’t Rakhi want to believe the truth.

She counts the true favors done by Preeta for them. She tells that Preeta always stood by them, she fought for them against all odds, she took care of their needs. She cries that Preeta can’t be evil and greedy. Preeta tells that she has done all the good deeds just to become Mahesh’s favorite, to get all the property to herself. She adds that she has won everyone’s heart for her own profits. Rakhi cries hearing this from her. Preeta tells that she did everything to get Mahesh’s will on her name.

Rakhi asks Preeta to meet her eyes and tell the truth. Sherlyn tells that Preeta is shameless, else she would have not said so. Kareena asks Rakhi not to get blind in Preeta’s love, Preeta has returned just for money. She insults Preeta. She tells that everything was a game plan. She tells that Preeta married Karan for her motives, by keeping her identity a secret. Bani asks Karan to have the lemonade and come to senses. She tells him that he shall see Preeta’s truth.

She tells that its not bad to be middle-class people, who dream big and fulfill it. She adds that it was her wish to own this lavish mansion, her dream got fulfilled. She doesn’t feel bad of Kareena’s words. She tells hat she has come for her rights, Kareena was always right, but nobody understood this. She tells that a negative person can see the other person’s negativity. She declares that she got what she wants. Prithvi tells that Rishabh left, and Karan never took care of the business. He praises himself that he had run the business successfully and made profits.

Preeta tells that she will need qualified people like him in the company, she will pay him a good salary for his work. He tells that the owner gives the salary, she isn’t the owner. He doesn’t believe the fake documents she produced. Karan asks Bani to let him sleep. Bani asks him to get up, Preeta has come back home, she is doing a big drama and claimed her rights on the house and business. She tells that Preeta has accepted that she has come for money. Karan gets surprised to know this. He doesn’t get angry, but overjoyed that his Preeta has come back.

Preeta asks Prithvi not to talk foolishly. He tells that he will never believe her. Preeta asks Sherlyn to read Mahesh’s will aloud to everyone. She tells that Prithvi is disturbed, he won’t be able to read the will correctly. Sherlyn checks the documents. She asks Prithvi is he scared. Sherlyn is also worried. Preeta tells that Prithvi has lost everything which he claimed illegally. Prithvi is stressed out and wants Sherlyn to verify the documents’ legality once. Will Karan welcome Preeta back in his life? Keep reading.

Reviewed Rating for Kundali Bhagya 28th December 2021 Written Update Karan meets Preeta: 5/5 This rating is solely based on the opinion of the writer. You may post your own take on the show in the comment section below.