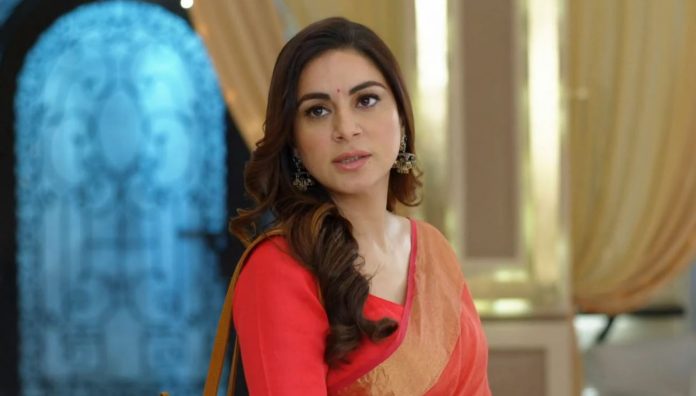 Kundali Bhagya 30th December 2021 Written Update Preeta’s pledge Preeta asks the family to stay according to her rules and regulations. She tells that those who aren’t ready to obey her can leave the house. She gives time to everyone to decide if they want to leave. She tells that nobody moved from their places, it means they are ready to accept her as the house owner, and also accept to stay according to her rules. She tells that she is really tired, she wants to take some rest. She asks Girish to prepare the biggest room of the house for her. She knows that Prithvi would have occupied it by now. She asks Natasha who is she.

She wishes to tell him that she also loves him a lot. The family takes care of Karan. Natasha tells that its good that Karan is so drunk, he got saved from Preeta’s shock. Kritika tells that Karan will be hurt when he realizes Preeta’s motives, he won’t be able to come out of this shock. Kareena and Bani get angry on Preeta, thinking Preeta is really a fraud. Sameer thinks whatever happened is good. He feels its better that Preeta is the owner instead Prithvi. Natasha asks him if he always supported Preeta. She knows that he will favor Preeta. She brainwashes the family against Preeta. The family likes Natasha. Kareena thinks of Mahesh’s reaction to Preeta’s return and the fraud.

She tells that Mahesh trusted Preeta so much, but Preeta took an advantage of his goodness. She cries thinking he will be so heartbroken. Kritika tells that they have lost everything to Prithvi and Preeta. Prithvi calms down his anger. He doesn’t want Preeta to snatch anything from him. He tells that just he will rule over the Luthras. Preeta hugs Mahesh’s picture. She promises that she will take care of the family and return Mahesh’s lost pride. She wants Mahesh to lead the family with the same powers. She tells that she will prove that Mahesh isn’t mentally unstable. She pledges to get back the lost Kundali Bhagya.

Sherlyn asks Natasha to go close to Karan and pretend their intimacy, once Natasha becomes Mrs. Karan Luthra, then their motives will be fulfilled. She is worried that Preeta has come back. Natasha asks Sherlyn to make Bani out of the room, Karan is in Bani’s room. She plans to go to stay with Karan in Bani’s room. Sherlyn tells that Preeta is really cunning, she will understand their plan. She is stressed that Karan confessed love to Preeta in front of everyone. Natasha asks why didn’t Karan go to Preeta’s house if he loves her. Sherlyn asks her not to trouble her. Natasha asks Sherlyn what does she want.

Sherlyn asks her to talk to her in low tone. She threatens to throw Natasha out of the house. She tells that its too tough to defeat Preeta, she will always come back. Natasha tells that Preeta has come back to rule. Sherlyn tells that she felt Preeta will never come back, but Preeta has come back once again, Preeta and Karan love each other a lot, though they fight a lot, if Preeta knows that Natasha is planning something against her, then Preeta will throw her out. She asks Natasha to wait for her orders. Natasha asks why is she lecturing her. Sherlyn tells that no plan can get executed when Preeta is around.

Natasha tells that Sherlyn was wrong to underestimate Preeta. She asks Sherlyn not to underestimate her also. Preeta thinks everyone has gone to sleep. She goes to meet Mahesh, but comes across Rakhi. Rakhi tells that she always knew Preeta well. She believes that Preeta is still the same. She just wants to tell Preeta that she is still standing by her. She asks Preeta to tell her whatever is there in her heart. She promises to not tell anyone about it.

Preeta pretends that she doesn’t understand anything. Rakhi asks why is she doing this. She tells that nothing stays hidden from a mother. Preeta tells that she really has the will papers. Rakhi isn’t talking about the papers, but Preeta’s pretence. She asks the reason for the false put up. She tells that her Preeta was the one who took care of everyone. She can’t accept that Preeta married Karan for the sake of money. She knows that Preeta can never make relations for money.

Reviewed Rating for Kundali Bhagya 30th December 2021 Written Update Preeta’s pledge: 5/5 This rating is solely based on the opinion of the writer. You may post your own take on the show in the comment section below.