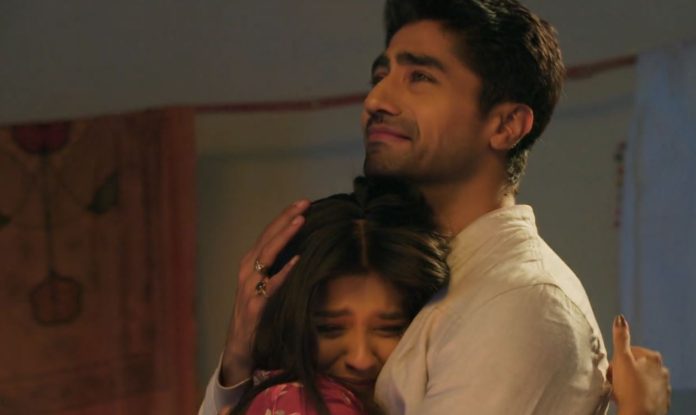 Yeh Rishta 30th December 2021 Written Update Romance Akshara tells Abhimanyu that what happened at the hospital was very new to her and that’s why she wanted to run away from it. She says she went to an NGO thinking she would feel better. Akshara tells Abhimanyu that she got stuck while returning. Abhimanyu asks that’s it? Akshara replies yes. Abhimanyu tells Akshara that thousands of such cases come to the hospital. He asks her if she will run away whenever this type of case comes and will he too run behind her in worry?

Akshara tries to explain that the case was different for her, not like other cases. She says she was worried and hoping someone would come to help her. Akshara says she didn’t think the one who would come to help her would yell at her. Abhimanyu apologizes to Akshara for shouting at her. He asks her if she wants to return to her house or wants to wait for the goons as always. Akshara asks Abhimanyu to say this by shouting as always. Abhimanyu tells Akshara that she behaves like children, irritates him and checks his patience level. Akshara stops Abhimanyu from speaking anything else. She asks him if he can call and inform her family that she is fine.

Kairav and Vansh return to Goenka house and say that they failed to find Akshara. Vansh says Kairav got sick out of stress and they came back. Manish receives Abhimanyu’s video call. They see Akshara in the video call and ask her if she is fine. Akshara informs her family that she is fine. She explains that she went to an NGO, her car broke down and the phone’s battery got drained. Akshara says she failed to inform them earlier because of all this. Swarna asks Akshara to return home as soon as possible. Akshara says she is coming and asks them to not get worried as Abhimanyu is with her. Kairav asks Akshara how Abhimanyu reached her? Abhimanyu says he got lead from some people and luckily reached Akshara.

Akhilesh informs everyone that the bridge on the only way towards their house/city got broken and their way got blocked. He tells Abhimanyu and Akshara that they will have to stay wherever they are. Akhilesh asks Abhimanyu to take care of Akshara. Abhimanyu assures Goenkas that he will take care of Akshara. He requests Kairav to inform Manjiri that he is fine and will return soon. Before he could say something else, the phone got switched off due to battery drainage. Abhimanyu says at least they informed their family. Akshara asks Abhimanyu if they will stay where they are? Abhimanyu asks Akshara if he will make a castle for her here? He asks her to manage in the car. Akshara apologizes to Abhimanyu.

Abhimanyu gets angry on knowing that Akshara left car keys inside the locked car. He asks Akshara why she was scared that day. Akshara stops in between telling Abhimanyu that she got scared because of his arrival. She asks him to open the car door like that day using a hair pin. He asks her to give him her hair pin. Akshara says she didn’t wear any hair pins today. She asks Abhimanyu can’t he open it without a hair pin. Abhimanyu asks Akshara if he is a professional thief? He says he tried opening the car door with a pin for the first time that day. Akshara says only thieves can open car doors using pins. She further tells Abhimanyu that thieves can unlock car doors using stones, sticks or anything. They say “oye” to each other and get awkward.

Abhimanyu tries to unlock the car door using something on the road. Mahima says she said Abhimanyu will handle everything. Harshvardhan says Abhimanyu is wasting time again for Akshara. Aarohi feels bad, while Neil feels happy on knowing that Abhimanyu and Akshara are alone together. He thanks god and says Abhimanyu and Akshara are made for each other. Aarohi takes a leave. Neil too leaves to drop Aarohi. Mahima thanked god thinking that she wanted the similar thing to happen. Akshara teases Abhimanyu for not being able to unlock the car door. Abhimanyu cutely scolds Akshara for being careless. He makes Akshara sit on his bike. Akshara thanks Abhimanyu for coming to help her. Abhimanyu thinks he wants to be with Akshara forever.

Akshara realizes her mistake. She drinks something considering that it is a cold drink. Abhimanyu too drinks it unaware of what it really is? Akhilesh informs the family that authorities have started working on the broken bridge and the small cars will be able to run in 5-7 hours. Aarohi feels very angry. Manish feels relaxed thinking that a responsible man like Abhimanyu is with Akshara. He thinks Abhimanyu will take care of Akshara. Aarohi feels angry recalling that Akshara reaches everywhere Abhimanyu goes. On the other side, Akshara and Abhimanyu talk weirdly and cutely in a drunken state. Aarohi on the other hand is seen very scared. Neil notices it.

Drunk Abhimanyu tells Akshara he has everything but still feels alone. He says his mother feels alone too and they are each other’s support system. Akshara puts her head on Abhimanyu’s shoulder and says she doesn’t even have her mother. Drunk Abhimanyu gets shocked hearing this. Neil gives water to Aarohi. He asks her to not get scared as Akshara won’t snatch Abhimanyu from her. Aarohi gets more angry and asks Neil to mind his own business. Neil smirks and leaves asking Aarohi what will she do even if something happens? Aarohi gets angrier and breaks the glass throwing it in anger. On the other side, Akshara shares her pain of being alone with Abhimanyu. She tells Abhimanyu that she feels scared and music is her only support system.

Akshara further tells Abhimanyu that even after having a lovely family she feels alone. Abhimanyu pinches Akshara saying “same pinch”. Akshara does the same. Abhimanyu tells Akshara that only she is in his heart. He asks her to sing, “Roop Tera Mastana”. Akshara asks him to sing this song for her. They laugh madly in a drunken state. Abhimanyu wears a hat and makes Akshara wear another hat. On the other hand, Harshvardhan calls Akshara a trouble for them. Mahima supports Akshara against Harshvardhan. Manjiri recalls Abhimanyu’s love confession and feels worried about his future. Abhimanyu and Akshara dance on and sing, “Roop Tera Mastana”. They behave like mad lovers or couples.

Both of them stop and recall their present and real situation. Akshara steps away from Abhimanyu and cries. Abhimanyu too feels emotional. Both of them hug each other tightly. They have romantic moments. In the next episode, a drunk Abhimanyu will ask Akshara to marry him as then no one will be able to trouble them. Drunk Akshara will agree to marry Abhimanyu. Goenkas and Birlas will leave to pick up Akshara and Abhimanyu. Abhimanyu will be seen filling Akshara’s hairline with his blood. Goenkas and Birlas will get shocked on reaching Abhimanyu and Akshara.

Reviewed Rating for Yeh Rishta 30th December 2021 Written Update Romance: 4/5 This rating is solely based on the opinion of the writer. You may post your own take on the show in the comment section below.