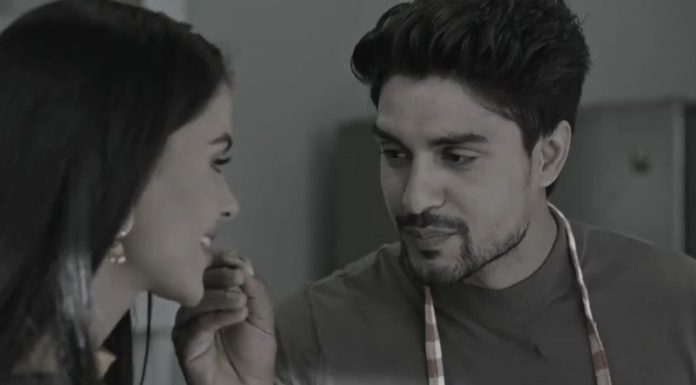 Udaariyaan 3rd January 2022 Written Update Fateh returns Angad gets mad at Tejo that she left the house without informing him. He feels he will lose Tejo if she reaches the family, who would try to unite her with Fateh. He can’t tolerate Tejo and Fateh’s union, just like Jasmin. Jasmin has hatred for Tejo, while Angad has obsession for Tejo, that he loses his sanity. Fateh meets Angad to know about Tejo. Angad angrily warns him that he will never get Tejo back. He tells that its better that Fateh doesn’t have any misconception on his mind. He asks Fateh to remember this.

Fateh also returns to the village Moga. He arrives at Tejo’s house to just meet her once. He tells that he will become successful and deserving enough to win Tejo’s forgiveness and love. He gets determined to unite with his true love Tejo. He knows that Angad and Jasmin can’t do anything in between. Jasmin is burning with jealousy. She tells that she will never let Fateh and Tejo live a happy life. She burns their picture and stares angrily. She hates them to the core. Will Fateh return to the Virk family and live his old life with respect? Will he give happiness to his family and also gain their support in winning Tejo? Keep reading.

Earlier in the show, Tejo goes to confront Angad, where she tells that only she will decide for her life. She scolds him for hiding about Fateh, who had been struggling a lot till now. Angad tells that he didn’t want Fateh to hurt her, Fateh isn’t trustworthy. She replies that she will decide about Fateh. He understands that she just loves Fateh, not him. He receives a shock knowing she left his house. He gets mad at her. Tejo arrives home to meet her family who are already waiting for her on Lodhi festival. Khushbeer and family have no idea about Fateh. They think of meeting Tejo during the festive. Jasmin swears revenge on Fateh and Tejo.

Tejo meets her family and gets too delighted. She tells them the truth that she faked the engagement with Angad, they are just friends, they have no other relation between them. She tells them that she was missing the family a lot, and came back. The family welcomes her with much warmth. Angad calls Khushbeer to enquire about Tejo, but doesn’t learn anything. He gets invited by Khushbeer on Lodhi. Angad thinks where did Tejo go, and goes to Sharma’s house to confront Fateh. Fateh thinks to become deserving of Tejo’s love. Fateh learns from Angad that Tejo left Angad’s house.

Angad suspects Fateh and yells at him. Fateh tells him that Tejo would have gone home if she decided for herself. He tells that Tejo isn’t scared of anyone or her fate to run away. Angad and Fateh get into a heated argument. Fateh is sure that Tejo will give him another chance to win her heart. Fateh and Angad take different ways to win Tejo. Tejo tells Rupy that she doesn’t need anyone in her life, she is capable enough to handle her life. Rupy supports her.

Jasmin has the revenge fire burning in her, just like Angad, who can’t tolerate Fateh to unite with Tejo. Fateh is glad that Tejo returned home to the family. He wants her to be safe. Tejo is happy in her parents house. Jasmin burns Fateh and Tejo’s picture in anger. Angad also swears revenge on Fateh, who has come between Tejo and him. He thinks Tejo is just made for her. Jasmin decides to meet Angad and join hands with him against Tejo and Fateh. She is sure that only Angad is the one who can help her in taking revenge by separating the love birds Tejo and Fateh.

Fateh decides to head back to Moga to meet Tejo and attempt to win her. Angad meets Jasmin who proposes a deal to him to separate Tejo and Fateh. Fateh gets to see Tejo’s smiling face when she comes at her window. He falls for her once again. He thinks to become deserving of her love by winning forgiveness. He tells that his new journey started. He decides to return home to his parents. He meets Khushbeer at the Gurudwara and surprises him. They have an emotional union.

Fateh ends his repentance on Tejo’s word. Khushbeer has no words when he sees his son back. He happily hugs his son, who ends his long wait. Khushbeer asks Fateh why didn’t he come home if he came back to the village. Fateh tells that he had no courage to face the family. Khushbeer takes his home. Angad learns that Fateh went to his family. He gets enraged thinking Fateh has gone once again to hurt Tejo. He wants to stop Fateh from meeting Tejo. He thinks Fateh will only hurt Tejo and never give her happiness. Gurpreet gets a huge surprise when Fateh comes home. Fateh emotionally unites with the family.

Everyone questions Fateh about forgetting them completely when he went to Canada. Khushbeer asks them to give some time to Fateh, who would tell them everything. Fateh tells them the entire truth that he got cheated by Jasmin and then punished her, he hates her now, he just loves Tejo and came back home for her love. He reveals his struggles when he repented for his sins. He apologizes to the family. The family is happy that he didn’t marry Jasmin and his eyes opened in time. Khushbeer tells Fateh that he has forgiven him. The family thinks to inform Tejo that Fateh has come back.

They wish that Tejo also forgives Fateh. Fateh tells that Tejo and Angad are already aware of the truth. He reveals the truth that Tejo and Angad’s engagement was fake, Tejo didn’t move on in her life. The family gets another surprise with this news. They wish Fateh and Tejo unite. Jasmin calls home to know about Tejo, but gets reprimanded by Rupy. She goes to meet Angad and joins hands with him, against Tejo and Fateh. What will Angad and Jasmin plot next? Keep reading.

Reviewed Rating for Udaariyaan 3rd January 2022 Written Update Fateh returns: 5/5 This rating is solely based on the opinion of the writer. You may post your own take on the show in the comment section below.