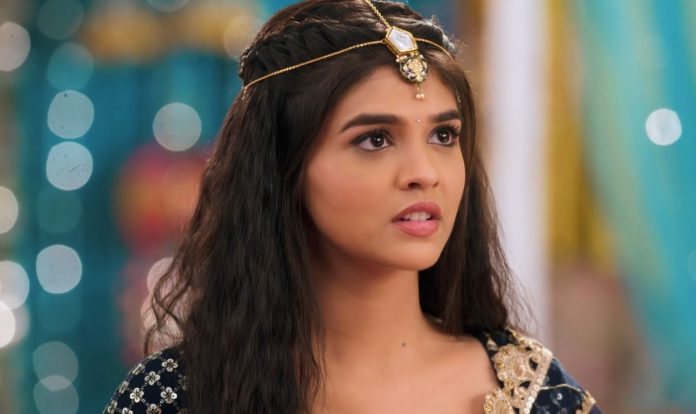 Yeh Rishta 7th January 2022 Written Update New promo twist Abhimanyu sits on his bike. Akshara says bye to Abhimanyu using his nickname. Abhimanyu asks Akshara to call him Abhimanyu as only his mother calls him Abhi. He leaves telling Akshara that now maybe Aarohi will get the right to call him Abhi. Akshara feels bad with this and also that Abhimanyu has stopped calling her Akshu. “Jaaniye” plays in the background. Abhimanyu also feels broken with his and Akshara’s present situation. Akshara leaves and Neil notices their pain. Neil thinks he will do whatever he can as time left is less too.

Aarohi thinks to get her admission money from Manish by lying to him that she needs the money for her marriage expenses. She thinks nobody will understand her if remains honest. Aarohi also thinks that she has to get an MD degree at any cost. Mahima comes and asks Aarohi why she is wandering free. She reminds Aarohi that she asked her for 5 international references related to the patient’s case after the operation. Aarohi replies that she was going to work on that only. Mahima scolds Aarohi by telling her that her generation wants everything quickly and easily. She tells Aarohi that in her generation they used to study and work 20 hours a day.

Mahima taunts Aarohi by telling her that using shortcuts she can become a big doctor’s wife, not a reputed doctor herself. Aarohi feels angry. Mahima asks Aarohi to go and work now. Aarohi controls her anger and leaves. Anand overhears them and asks Mahima to control her fear as he knows that she has struggled a lot to reach her position. Anand leaves and Mahima thinks that life is easy for Anand. She further thinks that Akshara is the right girl to become Birlas daughter in law, not Aarohi. At Birla house, Manjiri, Shefali and Nishtha are seen preparing for the Mehndi ceremony.

Neil arrives and sees everyone with mixed expressions of fear and anger. At Goenka Mansion, Kairav prays to God for Akshara’s happiness. Neil smiles and dances with Manjiri, Shefali and Nishtha. He gives Manjiri his phone to let her watch the engagement video. Manjiri gets shocked to watch that Abhimanyu injured his ring finger himself intentionally. She recalls that Abhimanyu lied to her about his injury. Manjiri also recalls seeing Abhimanyu and Akshara crying for each other. She thinks if Abhimanyu and Akshara are making a sacrifice for her and Aarohi. Manjiri asks God if both the families are making a big mistake by making Aarohi and Abhimanyu marry each other?

Manjiri feels desperate to talk to Abhimanyu to know the truth. Abhimanyu gets busy on the video call with his patient. At Goenka Mansion, elders are seen busy with jewelry selection. Kairav gives a shawl to Suhasini. Gonekas discuss that they will not lack anything in Aarohi’s marriage. Suhasini shares her excitement about Aarohi’s marriage with Aarohi. Kairav notices sad Akshara. Akshara notices this and pretends to be happy. She makes Aarohi try Sirat’s jewelry. Aarohi receives a message from her University that she needs to submit the fees soon, otherwise she can lose her admission seat. Aarohi feels frustrated recalling Mahima’s taunt.

She loses control of herself and asks for 40 lakhs rupees from her family. Goenkas gets shocked hearing this. On the other hand, Manjiri thinks to take a right decision if Abhimanyu is marrying Aarohi against his will. Harshvardhan wonders why Manjiri is looking towards Abhimanyu in tension. He thinks about finding out what is happening? On the other hand, Akshara questions Aarohi why she wants 40 lakhs rupees suddenly? When Kairav asks the same question, Aarohi lies that she wants to buy a diamond necklace worth 40 lakh rupees. Kairav asks Aarohi to give the same design to their family jeweler. Aarohi tells Kairav that it would take time and she needs to wear it on Mehndi. Manish asks Aarohi to give the jewelry shop address to Kairav, he will bring the necklace.

Aarohi asks her family, why can’t they give her the money? She rudely says that she has the right to do her wedding shopping by her will. Aarohi asks her family to give her money. Manish agrees to give money to Aarohi. Akshara feels suspicious about Aarohi’s behavior. Aarohi feels happy and sends the text to the University manager that she will submit the fees the next day. Akshara notices it. Abhimanyu finishes his video call and asks Harshvardhan about Manjiri. Harshvardhan tells him that he told Manjiri whatever she wanted to know. Abhimanyu goes inside the house. Harshvardhan recalls that with how much difficulty, he explained to Manjiri that Abhimanyu is marrying Aarohi by his will.

Next morning, Akshara finds that Aarohi left for the jewelry shop without her. Aarohi takes an original bill of 10 lakh rupees and also a fake bill of 40 lakhs rupees from some jeweler. Mahima and Shefali overhear Aarohi and Jeweler’s conversation and get shocked. In the evening, Akshara recalls Abhimanyu’s ignorance towards her. Suhasini praises Aarohi’s looks. Everyone asks Aarohi why she didn’t wear the necklace she was excited for? Aarohi says she kept it as a surprise. Abhimanyu arrives at Goenka Mansion by beating dhols. He fakes being happy. Akshara feels bad. Abhimanyu grabs Aarohi and dances with Aarohi. Aarohi feels very happy and Akshara feels jealous.

Everyone joins Abhimanyu and Aarohi. Neil gives his hand to Akshara and brings her to dance with everyone. Neil thinks why is Abhimanyu giving pain to himself? Mahima tells Goenka females that according to their ritual Manjiri went to the temple to plate Mehndi to Lord Krishna. Akshara and Abhimanyu collide with each other. Akshara tells Abhimanyu that he is going mad by pretending to ignore her. She tells him that this was not decided between them. Abhimanyu asks Akshara if she will decide how everyone and everything will go? (What is normal and what isn’t?).

Abhimanyu tells Akshara that he doesn’t like to be binded by conditions. He says his normal is where he can freely do anything. Abhimanyu further tells Akshara that till now she was trying to distance him from her. He further tells Akshara that now she doesn’t exist for him. Akshara feels very bad. In the next episode; Akshara, Aarohi and Shefali will be seen dancing with each other. Due to Aarohi’s carelessness Abhimanyu’s face in the form of mehndi will get printed/stamped on Akshara’s hand. Abhimanyu and Akshara will get shocked seeing this. Neil will get shocked on seeing Aarohi taking something from some person in exchange for a huge amount of money.

Reviewed Rating for Yeh Rishta 7th January 2022 Written Update New promo twist: 4/5 This rating is solely based on the opinion of the writer. You may post your own take on the show in the comment section below.