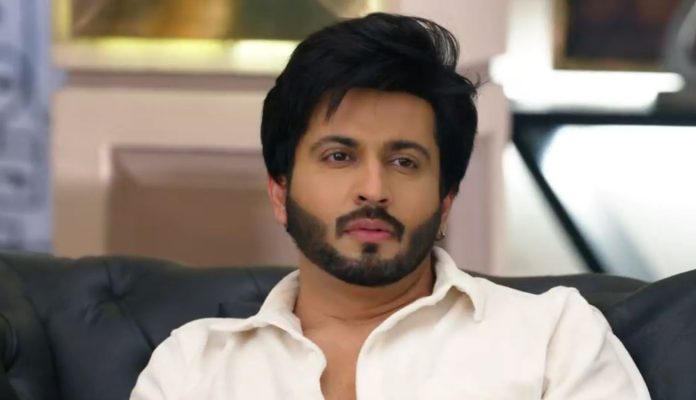 Kundali Bhagya 10th January 2022 Written Update Surprising Naagre who threatens Preeta by supporting Prithvi, suddenly starts singing praise of Preeta in front of Prithvi. The twist brings a big surprise for the Luthras. Prithvi meets his financial advisor Naagre, who warns him against Preeta. Naagre tells him that Preeta is a powerful person now, Prithvi should not fight her, else he will be the only person at loss. He tells that Preeta has decided to get the Luthra empire on her name, she is in her power zone, she will throw out Prithvi and destroy him. Prithvi drinks to calm his mind. He decides to get Preeta out of his way some how. He proceeds with his backup plan, that’s to harm Mahesh and prove him insane in front of Preeta. What will Sherlyn and Prithvi plan against Preeta? Keep reading.

Earlier in the show, Naagre tells Preeta that he is Prithvi’s lawyer who helped him in taking over Luthras property. He introduces himself and his smart skills. He asks Preeta to call her lawyer and show her documents to get Mahesh’s signatures verified.

He tells that its his right to check the papers. He requests her to show the papers to verify her claim of ownership. He warns Preeta that he can identify the fake documents in a second, if the signatures are fake, then she should pack her bags and come. He threatens to sue her for the fraud. Preeta goes to get the papers. Naagre apologizes for insulting Preeta. Prithvi tells that they shall call the police and throw out Preeta from the house. He tells the high possibility of the fake papers. Karan gets angered hearing them speak against Preeta.

Preeta recalls Naagre’s warning. Prithvi tells Naagre that he has something interesting to say. He tells that Preeta didn’t show the legal documents to everyone, but to just a few members in the house, so that her lie isn’t caught. She tells that the family doesn’t know any legalities. Naagre asks Prithvi to let him judge the case and not intervene in the proceedings. Preeta isn’t scared of Naagre. She gets the legal documents to show to Naagre. Even Karan wants to find the truth.

He gets curious to see what Naagre testifies after checking the papers. Prithvi thinks Naagre will be exposing Preeta’s drama any moment. He feels Preeta’s pride will shatter, she will be finished. Sherlyn is sure that Preeta didn’t know anyone like Naagre, she can’t survive now. Naagre tells the family that the papers state that Preeta is the sole owner of the entire Luthra family, she will be the decision maker from now, she will have the signing authority. He tells that Prithvi’s rights are now given to Preeta.

Prithvi asks Naagre what is he saying. Naagre asks for Prithvi’s papers. He tells that the one who has the latest date in their papers will be the house owner. He tells that if Preeta’s papers are outdated, then Prithvi will be the owner of the house. Preeta asks Naagre to check the papers if he wants, but she knows the dates of both the documents well. She tells him the dates verbally. She states that her papers are the latest ones. She adds that Prithvi has the power of attorney, while she has the property transfer papers. She tells that she is the rightful owner of the house and property.

Naagre checks the papers. He proceeds to check the signatures, that can change the entire story. Naagre tells about the signature difference in both the papers. Preeta tells that she has also noticed that, when Mahesh signed the power of attorney, he wasn’t in his normal state of mind, like his hands were shaking at the time of signing, as if he was overdrunk or threatened to sign the papers. She reminds that Prithvi is good in getting people drunk. Prithvi calls it nonsense. Naagre calms down Prithvi. He asks Preeta if she has any other original paper. She tells that he already has it in his hands.

She tells that he couldn’t find out her real strength. She answers that she knows Naagre well, he is a big fraud, he went to jail at the age of 7, he came from a crime world, and then took up the law studies to save the criminals, a criminal has specialized in criminal laws to make money. She tells that he has become a lawyer to hide his own crimes. She tells that she knew that Naagre is equally disgusting like Prithvi or worse. She shocks him by making him speechless. She tells that she is smarter than him, she is already prepared for her enemy’s attacks. She declares that Naagre’s efforts got wasted, because he had torn the photocopy of the original papers. She gets the another copy to show Naagre.

Prithvi quickly tears those papers as well. Preeta tells that Prithvi has gone mad, even these papers aren’t original. She teaches a lesson to Prithvi and Naagre. She asks them to get tired tearing the copies. She laughs on Naagre who thought she is stupid as Prithvi. She tells that she knows Prithvi and Naagre’s picnic in the jail. She is clever enough to protect the original documents. Naagre tells that he can prove Prithvi as the house owner even now. He tells that he will make the new papers to prove Prithvi as the owner. He asks Preeta to pack her bags and leave within 24 hours. He threatens Preeta. He tells that he is really dangerous, he can contacts with big criminals, he can get her murdered anytime. Prithvi feels proud of his criminal lawyer. What will be Preeta’s reply to this? How long will Karan just stand as a dummy and watch the drama? Keep reading.

Reviewed Rating for Kundali Bhagya 10th January 2022 Written Update Surprising: 5/5 This rating is solely based on the opinion of the writer. You may post your own take on the show in the comment section below.