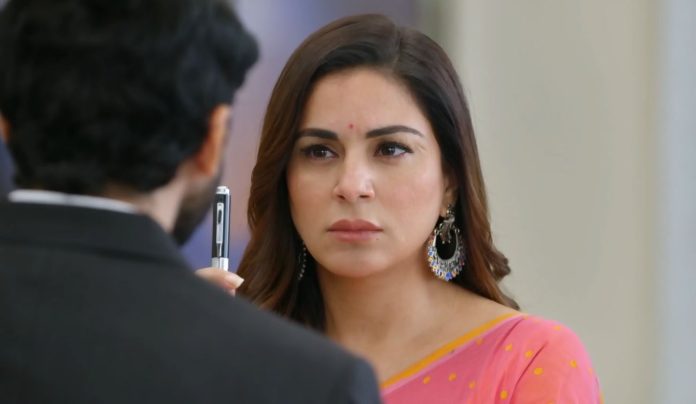 Kundali Bhagya 11th January 2022 Written Update Call for Victory Naagre tells Preeta that he had given the idea to Prithvi to take Mahesh’s signatures last time, but he won’t reveal the idea to anyone. He tells that he will once again give the same idea to Prithvi and snatch Luthras’ property. Prithvi smiles happily. Later, Preeta fools Prithvi and Naagre well. Naagre worriedly warns Prithvi that Preeta has decided to get the Luthras business and property on her name, she is in her full power zone and will definitely throw out Prithvi by pulling his roots out of the Luthra mansion. Prithvi asks Naagre not to warn him, and instead provide him a solution. He wants some way to tackle Preeta’s move. What will Prithvi do now? Keep reading.

Prithvi quickly tears the legal papers. Preeta tells that Prithvi has gone mad, even this set of papers aren’t original. She teaches a lesson to Prithvi and Naagre. She asks them to get tired tearing the copies. She laughs on Naagre who thought she is stupid as Prithvi. She tells that she knows Prithvi and Naagre’s picnic in the jail. She is clever enough to protect the original documents. Naagre tells that he can prove Prithvi as the house owner even now.

He tells that he will make the new papers to prove Prithvi as the owner. He asks Preeta to pack her bags and leave within 24 hours. He threatens Preeta. He tells that he is really dangerous, he can contacts with big criminals, he can get her murdered anytime. Prithvi feels proud of his criminal lawyer. What will be Preeta’s reply to this? How long will Karan just stand as a dummy and watch the drama? Keep reading.

Naagre tells Preeta that he had given the idea to Prithvi to get Mahesh’s real signatures, he won’t tell it to her. He tells her that if she is smart, then he is smart and dangerous also. She asks him if he has missed to notice something else. She tells him that the pen she is carrying since a long time is a spy pen, it has a camera hidden in it, all of his confession got recorded in it. Preeta tells that she has recorded how he had threatened to get her murdered and confessed his crimes. She tells Naagre that she will show the recording to a good honest lawyer and file a complaint against Naagre in the court, then his law practice will be revoked, his life will be shallow, everything will be snatched from him.

Naagre tries to get the pen from her hand. She asks him not to try. Naagre tells that he is leaving. Preeta stops Naagre from leaving. She pushes Prithvi away and sits on the huge chair with attitude. She shows her power. She asks Naagre to have special tea made by Sherlyn. She orders Sherlyn to make special tea for Naagre and add lots of ginger in it. Karan and Sameer smile seeing Preeta’s winning move.

Rakhi tells Bani that Naagre had supported Prithvi, who ruled over them for a long time. She is happy that someone has come to challenge Prithvi and Naagre. She tells that they couldn’t stand against Prithvi till now. Bani asks her not to defend Preeta. She mentions her hatred for Preeta and Prithvi. Kritika tells that she didn’t imagine Preeta’s bitter truth. Sherlyn tells that people are often dual face. She asks Kritika who would she choose as their ruler if she is given an option, Preeta or Prithvi. Kritika tells that she will never support Preeta, she will choose Prithvi. Sherlyn thinks Kritika also hates Preeta as Kareena does. Sameer praises Preeta in front of Karan.

He tells that Preeta is impressive, she taught a good lesson to Prithvi and Naagre. Karan tells him that Preeta has changed, he didn’t see this side of her before, she had much courage. Sameer tells that Preeta was appearing as a superwoman today. He is very happy. Preeta knows that she has gone against the family for the sake of family just to battle Prithvi. She loves the family a lot, but has to pretend stone-hearted. She doesn’t want to lose control on her emotions. She applauds herself for framing the corrupt lawyer Naagre. She is motivated to do good for the family. She tells that the house is a battle ground for her, she has to initiate a Mahabharat to make her love and family win.

Naagre tells Prithvi his mistake. He asks Prithvi to keep his attitude away. Prithvi tells that he is stuck in a big problem, his future depends on the coming event. Naagre calls him a loser. They end up in a heated argument. Naagre tells that Prithvi didn’t tell him about Preeta’s powerful personality. He praises Preeta. Prithvi asks Naagre if he is working for Preeta. He asks what they would do now. Naagre asks him to save himself. Prithvi asks him to think of the battle, not survival. He doesn’t feel scared of Preeta. Naagre tells that he should be scared of Preeta, who can snatch everything from them.

He is also afraid that his law license can get revoked. He lectures Prithvi on Preeta’s power. He tells that Prithvi shouldn’t oppose Preeta now. He asks Prithvi to comply. Prithvi had high expectations from Naagre. He tells that he is highly disappointed with him. He adds that he will teach a lesson to Preeta himself, he can’t let her win, else she will throw him out of the house. Naagre tells that Preeta hates Prithvi, but didn’t make him out of the house till now. He asks the reason. Kritika gets the tea for them. Prithvi tells Naagre that Kritika is the reason, he will always be in the house because of her.

He doesn’t think so. She tells that the truth won’t change, she is his boss. He reminds her the times when he saved her from falling down. Preeta gets the flashes. Karan asks her to recall her old self. She tells that she had set some rules for the family members, it doesn’t apply to him. He tells that he knew it, she loves him, she can’t boss around. She tells him that he will wake up at 5 am. He doesn’t think its possible. She tells that her rules will run in her house. She asks Karan to become the famous cricketer again and earn his name back, if he can’t handle the business well.

She tells him that if he becomes a popular cricketer again, then the business loss will be settled even. Karan accepts her word when she calls it her final decision. She asks him to focus on the work which he does the best. She tells that she will be convinced if he becomes a famous personality again. He asks her does she miss him. She asks him to leave. She wants to bring back the old Karan Luthra. She wishes she could tell her emotions to Karan. She thinks to behave sternly with Karan for his betterment. 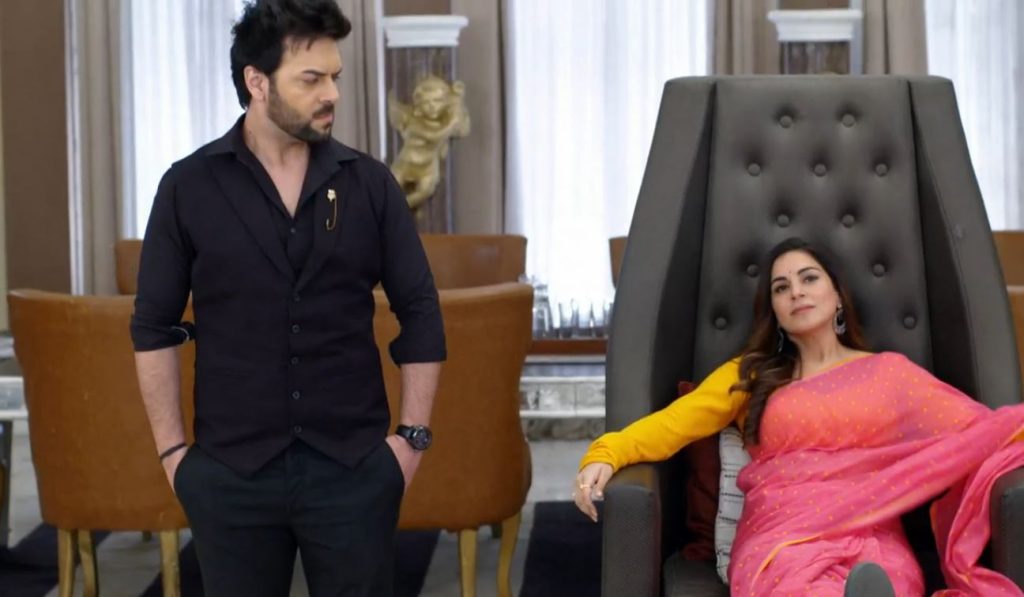 Reviewed Rating for Kundali Bhagya 11th January 2022 Written Update Call for Victory: 5/5 This rating is solely based on the opinion of the writer. You may post your own take on the show in the comment section below.