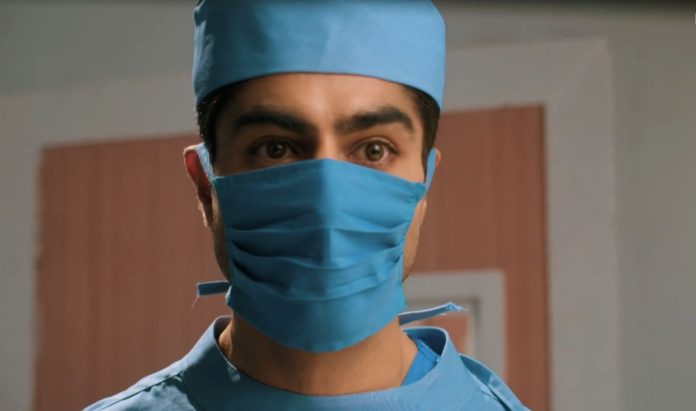 Yeh Rishta 10th January 2022 Written Update Akshara’s accident Akshara meets with an accident because of Aarohi. Abhi feels uneasy at the hospital as Akshara gets hit by a car. Abhi falls down. The staff runs to him to know if he is okay. Abhi tells them that he is totally okay. He doesn’t see Akshara who is brought to the same hospital for the treatment. Abhi feels his pacing heartbeat. He wonders if the bad feeling about someone dear is true. Later, Abhi is called for treating the accident patient. Aarohi is busy in impressing Mahima and making her place in the Birla family. Akshara’s case gets critical.

Abhi runs to for the critical case, unaware that its Akshara. Back at home, Kairav gets worried for Akshara who left her phone at home. Abhi gets the patient’s current status. He steps into the OT, and is left shocked seeing Akshara. He finds her critical. Abhi breaks down. He isn’t able to operate in a vulnerable state. Mahima and Aarohi learn about Akshara’s accident. They rush to the OT and find Abhimanyu crying for Akshara. Mahima encourages Abhi to perform the treatment and save Akshara. He tells that he is scared to operate. His hands start shaking. Aarohi is also in shock over her sister’s critical state. She rushes to inform the family about Akshara.

Mahima pacifies Abhi. She reminds him a doctor’s duty. She tells that he can’t fall weak and put the patient at a higher risk. Mahima asks him to prove his love for Akshara by saving her life, by conquering his loves if he really loves Akshara. He confesses that he loves Akshara and agrees to treat her. Will Abhi succeed in saving Akshara? Keep reading.

Abhimanyu tells Akshara that no one can be normal or make another person normal by talking deeply. He shouts and tells Akshara that he became normal. Abhimanyu forcefully puts Akshara’s mehndi hand in water to wash it. A Mehndi song plays in the background. Akshara sobs hard, which hurts Abhimanyu too. But Abhimanyu continues washing Akshara’s mehndi. Water bowl falls down and both of them give each other an emotional look. Goenkas and Birlas finish their contest countdown. Kairav and Suhasini check every couple’s mehndi hands.

“Gore haathon mein rachi hai preet tere naam ki”, plays in the background. Abhimanyu recalls his rude behavior and words towards Akshara. He wipes his tears and “Jaaniye” plays in the background. Akshara wipes her tears and dries her mehndi. She hides it with her dupatta. Neil meets Aarohi and talks sarcastically to her. He compares her with a Chamaeleon. Neil says Chamaeleon is a creature who changes its colors according to the situation. Aarohi asks Neil what he means? Neil explains to Aarohi that she lives two colored lives together being a talented doctor as well as a beautiful bride.

Aarohi gets confused and leaves in tension. Neil thinks he needs to tell Abhimanyu about Aarohi’s reality anyhow. On the other hand, Shefali informs Mahima that Manjiri went to the temple, for the after Mehndi ritual. Mahima asks where Aarohi is? Everyone wonders the same and Kairav tries to find Aarohi out. Akshara comes and everyone asks her about Aarohi. Before Akshara could explain anything Aarohi arrives. She lies to everyone that she went to talk to a patient on call as it was urgent. Akshara doubts Aarohi’s actions. Mahima tells Aarohi that she and Anand won the Mehndi competition in her absence.

Aarohi looks at Mahima and thinks she is preparing for a big win, which she will show her soon. Mahima shows her bangles to Aarohi. She shocks Aarohi by telling her that she purchased these bangles from the same jewelry shop which she was shopping from. Mahima tells Aarohi she can purchase the same bangles for her if she likes them. She questions Aarohi what she purchased from there yesterday? Aarohi tells Mahima that she will show her her shopping after getting Mehndi applied. She asks Akshara to apply Mehndi to her. Mahima and Shefali give each other a look.

Abhimanyu gives Akshara a look as she sees Abhimanyu’s face stamp darkening on her hand. Aarohi asks Akshara to apply Mehndi using a stencil. Abhimanyu apologizes to everyone and leaves saying that he got call duty from the hospital. Neil goes behind him. Anand says they also need to return. Shefali says Aarohi’s mehndi is still left. Mahima says it’s okay Akshara will apply her Mehndi. She indirectly insults Aarohi saying that Aarohi doesn’t need to take tension like her being a junior doctor. Mahima calls herself senior. Even after Mahima’s words hurt Aarohi’s ego, she remains calm.

Neil sits behind Abhimanyu but the latter convinces the former to get down. Abhimanyu tells Neil that doesn’t want to hear his nonsense. Neil tells Abhimanyu that none of his conversations are nonsense and he knows it. Abhimanyu leaves telling Neil that he still is his elder brother. Neil thinks he can’t give up as Abhimanyu’s real love is Akshara, not Aarohi. He further thinks it can’t become a lie by not talking about it. Neil smiles as he gets an idea. Birlas leave Goenka Mansion. Aarohi asks Akshara to apply Mehndi without hurry as everyone has already left.

Akshara asks Aarohi why she went outside? Aarohi says she went for a patient’s work. Akshara tells Aarohi that she noticed her weird behavior today. She asks her if she is in any trouble? Aarohi gets angry and leaves saying that she will apply Mehndi herself. Neil signs Akshara to listen to him. Akshara asks Neil why he is hiding? Neil tells Akshara that he wants to talk to her something important about Aarohi. Akshara sees Aarohi busy and leaves to talk to Neil. Aarohi thinks it’s very difficult to apply Mehndi and leaves. Akshara takes Neil outside and asks him what he wants to tell her about Aarohi. Neil tells Akshara that he tried to talk to Abhimanyu too but the latter doesn’t want to hear anything, being in a weird mood.

He asks Akshara if she has any idea. Akshara hides her Mehndi and asks Neil if he wanted to say just this? Neil tells Akshara that he wants to talk to her about Aarohi. Akshara asks Neil to talk with comfort. Neil asks Akshara if she noticed that Aarohi has been behaving weird for many days. He tells Akshara about whatever he saw Aarohi doing and also about her lies. Akshara also recalls Aarohi’s weird behavior. Neil apologizes and says that Aarohi is lying to both families. He says Abhimanyu will get angry if he gets to know about it. Neil further tells Akshara both families will feel bad on knowing about Aarohi’s lies.

He tells Akshara that he told her everything thinking that it’s important for her to know about it and rest is upto her. Akshara overhears Aarohi telling someone that she will apply Mehndi at night. Aarohi also asks someone on the call to mention her name in the schedule as she wants to be a part of important surgery with Mahima. Angry Akshara stops Aarohi and asks her to reveal whom she gave a huge amount of money to? Aarohi gets shocked and asks Akshara to let her go as she has an important surgery. Akshara stops Aarohi and tells her that she won’t do anything that she shouldn’t do. She also asks Aarohi to stop hiding behind surgery excuses.

Aarohi asks Akshara to let her as she will tell her everything after returning. She pushes Akshara and leaves. She thinks she will deal with Akshara afterwards with some excuse. Aarohi thinks that right now she needs to focus on important surgery with Mahima as it’s a big thing for. Akshara runs behind Aarohi’s car to stop her from committing a mistake. She thinks about taking a shortcut and takes another way. Aarohi escapes Akshara but the latter meets an accident. Abhimanyu far away feels something bad and falls down. His worried staff runs to help him. Abhimanyu calms them down. He feels something weird and thinks about what is happening to him.

Akshara is seen on a stretcher behind Abhimanyu. “Oh Kanha” plays in the background. Abhimanyu fails to see Akshara taken on a stretcher in his hospital. He sees her blood fallen on the floor. Before he could touch and feel it, a staff mops it. Abhimanyu feels sudden tension. Mahima sees Aarohi with her and asks if Abhimanyu isn’t important to her as she didn’t apply Mehndi till now. Aarohi says Abhimanyu is very important to her but for a doctor his/her patient’s life is more important for them than their own life. She says she left Mehndi as she got a call for surgery. Aarohi reminds Mahima that she only taught her to be professional in hospital.

Mahima wears her mask. Aarohi wonders if Akshara would create a new drama by revealing her truth to family? She feels tense and angry. On the other side, the doctor treating Akshara goes to call senior doctor Abhimanyu for help in her treatment. Abhimanyu runs behind the doctor to see a critical patient. On the other hand, Kairav feels worried for Akshara as she left her phone at home. Manish asks Kairav to not worry, saying Akshara will return soon. Abhimanyu gets shocked to see that the critical patient is none other than Akshara. He sees her mehndi and recalls about it.

Abhimanyu freezes seeing Akshara’s serious wounds. In the next episode, staff will inform Mahima that Aarohi’s sister Akshara met with an accident. Aarohi will overhear it. Mahima will ask scared Abhimanyu to treat Akshara seriously if he truly loves her. Abhimanyu will be seen shivering with the treatment/surgery knife in his hand. Unconscious, Akshara will start breathing heavily.

Reviewed Rating for Yeh Rishta 10th January 2022 Written Update Akshara’s accident: 4/5 This rating is solely based on the opinion of the writer. You may post your own take on the show in the comment section below.