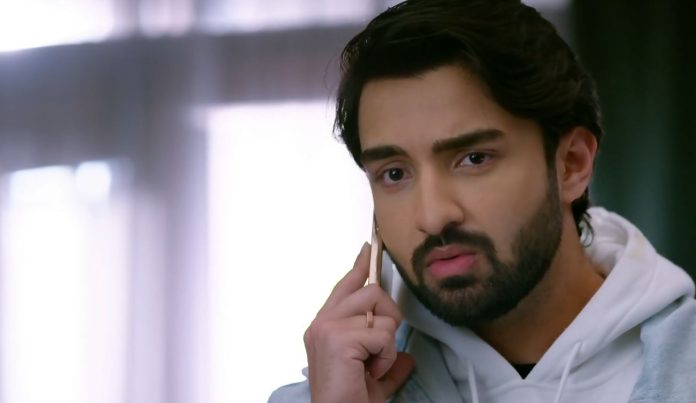 Bhagya Lakshmi 12th January 2022 Written Update Lakshmi’s chapter Rishi speaks to Malishka. She tells him that Lakshmi’s chapter is over now, they shall start a new chapter of their life. Pandit ji asks Neelam to call Lakshmi, bring her home, Rishi will exist only because of Lakshmi. He tells that Lakshmi can protect Rishi, the day is really life threatening for Rishi. He persuades Neelam to not waste time and bring Lakshmi. Neelam tries calling Lakshmi, who isn’t reachable. Neelam rushes to Rano’s house to meet Lakshmi. She comes across Shalu and Bani. She enquires for Lakshmi.

Shalu doesn’t tell that Lakshmi has gone out to find a job. Neelam asks Shalu to call Lakshmi out. Shalu tells that Lakshmi isn’t at home. Neelam yells at Rano for not giving any good values to Lakshmi. She tells that middle-class girls have values, but sorry to say that Rano’s girls have no such values they expected. Shalu tells that Rishi’s values should be questioned, not Lakshmi. She adds that Lakshmi did a good thing by coming home, because no liars live with them. She answers Neelam well. Neelam leaves from there after the insult.

Rano tells Neha that Shalu insulted Neelam, and now Neelam will never give an entry to Lakshmi in the house. She plans to take alimony for Lakshmi’s divorce. Lakshmi goes for the interviews at different places, but fails to get the job because of lack of experience. She sheds tears in sorrow. What will Lakshmi do now? Keep reading.

Earlier in the show, Ayush tells Rishi that his marriage with Malishka was his decision, he could have waited for a year. He calls Rishi wrong. Rishi tells that he is the culprit, he will ask the entire family to beat him. He wants to tell the family about his emotions. Shalu gives the best wishes to Lakshmi when the latter is leaving for the interview. Lakshmi misses her dad. Ayush asks Rishi to understand Lakshmi’s feelings. Rishi tells that he didn’t know Lakshmi will see him marrying Malishka. He regrets that Lakshmi got cheated. He calls Lakshmi wrong that she didn’t listen to his side of story once.

Rishi tells Ayush that Lakshmi didn’t answer his calls. Ayush asks how is Lakshmi. Rishi tells that Lakshmi is doing bad with him, when he is trying to do good. He tells that he is getting affected, he is feeling bad that she isn’t talking to him, he doesn’t care for her now. He gets upset. Mama ji blesses Lakshmi to go and bag a good job. He sends her off. Rishi is still missing Lakshmi, but not realizing his mistake. He gets angered and dumps Lakshmi’s things. He imagines Lakshmi with him. He recalls Lakshmi’s words. He gets disturbed. Lakshmi goes to hire an auto rickshaw. She sees Rishi in his car.

Malishka tells Kiran that she wants a stress-free day. She feels its good that the truth came out, everyone was getting tortured because of the lies. She is happy for Lakshmi who can start her new life. Lakshmi reaches some officers for the job interview. She tells that she is a fresher, she has no job experience. She leaves and visits another office. The man tells that he has seen her on tv with Rishi, she is Rishi’s wife, she can get a job if she can recommend his company to Rishi. She refuses to help him. She loses hope. She leaves from the office. She comes across Rishi on the road. They have a hit and a miss. Rishi feels Lakshmi’s presence.

He runs back to see Lakshmi, but she leaves by then. Lakshmi doesn’t give up. She calls another company to fix the interview. She finds an old man getting an attack. She runs to help. Karishma tells Sonia that Neelam has gone to Lakshmi’s house to get her back for Rishi’s sake. She tells how Pandit ji warned Neelam about the threat on Rishi and asked her to get Lakshmi back. She adds that Rishi is under threat until 7 days, he should be away from iron. She tells that Neelam worriedly called Rishi home, but he didn’t come till now. Neelam tells Rano that she has come to take Lakshmi home. She checks the house. Rano tells that Lakshmi isn’t at home. Shalu gets triggered seeing Neelam.

Reviewed Rating for Bhagya Lakshmi 11th January 2022 Written Update New Start: 4/5 This rating is solely based on the opinion of the writer. You may post your own take on the show in the comment section below.