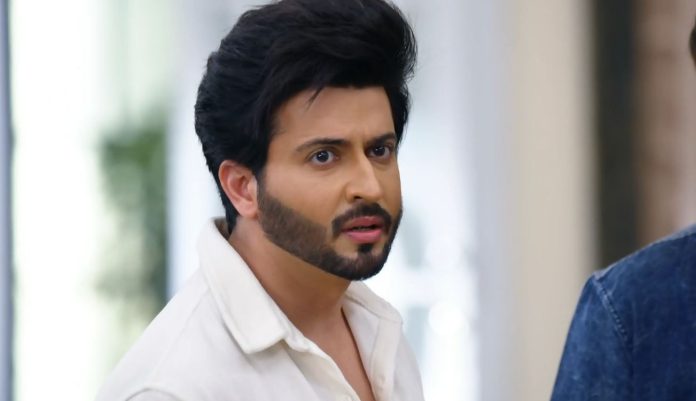 Kundali Bhagya 13th January 2022 Written Update News for Karan Sameer explains Karan that Preeta also wishes the best for him, just like Rishabh. Karan tells that Rishabh is his elder brother and he can tell him anything, but Preeta can’t have the same place as Rishabh. Sameer tells Karan that Preeta wants to see him back on the cricket field, where he can earn his name and fame back. He doesn’t think its wrong, if Preeta pushes Karan to achieve his lost reputation again. Sameer is happy that Karan has stopped drinking and is seriously thinking of Preeta. He finds Karan happy after a long time. He wishes Karan and Preeta to unite.

Karan and Sameer head to home, while Preeta is taken in the police van. Prithvi gives an angry look at Preeta and sends her off to the police station. Preeta tells that she will be back soon. Prithvi asks the servants to make the house as before, because he is the only person ruling now. Luthras get upset hearing his commands. Karan and Sameer arrive. Karan asks Rakhi about Preeta. Prithvi tells him that Preeta has gone to the place which she deserves, that’s the jail. Karan is shocked by this piece of news.

Earlier in the show, Karan tells Sameer that Preeta blamed him for bringing losses for the business, she asked him to become the famous cricketer once again. Sameer smiles hearing his complains. Karan asks if he is also angry. Sameer reminds that even Rishabh used to say the same to him. Karan tells that he never felt bad of Rishabh’s words, but he will not follow Preeta. Sameer asks him to vent out the frustration. Naagre stops the police. He tells Preeta that she would know the truth now. Preeta tells that he isn’t dangerous as she heard about him, he is really kiddish to call the police after the sobbing drama. He tells that she has a fire in her, but the same fire burnt her house. She asks him not to decide it so soon, the time will show who is safe and who is not.

Preeta taunts Naagre back with a powerful liner. Naagre and Preeta exchange a verbal hit. She tells him that she will prove her mettle soon. Prithvi asks her not to talk big things which she can’t fulfill. He tells that he did what he told her, he has thrown her out of the house. He asks her to always remember that he will be ahead of her, she must think well before challenging him. He asks Preeta not to expect him to save her, because he hates her.

He tells that he helped her many times, but now he won’t. She tells that she doesn’t want his help, its good that he hates her more, then she will give him a befitting reply. He asks her will she oust him from the house. She tells that she will keep him home and teach him a lesson. She asks him to enjoy till she comes back in few hours. She taunts that when the cat is away, the mouse is free to play. He tells that her pride will burn to ashes, he will make sure that she gets rotten in the jail and never comes back. He threatens the lives of Luthra family. He doesn’t want to reveal all his plans. He asks Inspector to take her away.

Preeta is taken away. Naagre tells Prithvi that he is done with his work, he is leaving. Prithvi thanks her. Bani asks Rakhi why did she support Preeta, knowing Preeta is the reason for Pihu’s death. Rakhi tells that it was just an accident, Preeta didn’t kill Pihu. She asks Bani to forget the past and also their hatred. Sherlyn asks Rakhi how can she be sure that it was an accident. Rakhi asks how can she be sure that it was a conspiracy. She advises Sherlyn to not ignite fire in the house and keep the family united.

On the other hand, Karan and Sameer are on the way. Sameer tells that Preeta has said the right thing to Karan. Karan tells that he has to buy a new bat, he has to go for practice and do as Preeta wants. He doesn’t want to show Preeta that he has accepted her command. Sameer teases him. Karan tells him that he will just buy a bat and come. Sameer is happy seeing Karan’s life coming back on track. Karan passes by the police van and doesn’t see Preeta, who is totally occupied by Karan’s thoughts. Karan too misses Preeta. Kritika asks how did the police came home when nobody called. Bani tells that it doesn’t matter.

She doesn’t leave. He asks them to help the decorators in the work. He calls the Inspector and asks if anyone got suspicious. He tells that he wants to get completely rid of Preeta. He asks the Inspector to kill Preeta, he will get the money for the work. Inspector agrees to him. Prithvi wishes to get the news of Preeta’s death. Inspector takes Preeta towards the jungle route. Preeta gets suspicious hearing his conversation. Karan and Sameer come home an enquire about Preeta.

Reviewed Rating for Kundali Bhagya 13th January 2022 Written Update News for Karan: 3/5 This rating is solely based on the opinion of the writer. You may post your own take on the show in the comment section below.