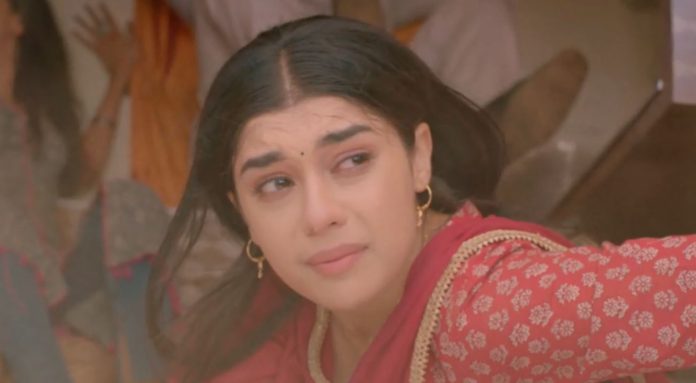 Sirf Tum 13th January 2022 Written Update Suhani to die Suhani follows Ranveer in the college. Ranveer ignores her. Suhani walks behind him and apologizes to him. She says she knows that she says anything without thinking. Suhani tries to justify herself by saying that before the exam she saw him (Ranveer) talking to Rakesh and then the latter suffered a heart attack. She again apologizes to Ranveer and requests him to forgive her. Ranveer still ignores Suhani. He walks to the college canteen and sits there angry. Suhani requests Ranveer to listen to her once. Ranveer tells Suhani that her decisions are the reason behind the distance between them now.

John and Raghav come to Suhani and Ranveer. They hear Suhani and Ranveer’s conversation. Ranveer tells Suhani that like she doesn’t want to understand his point of view, he also doesn’t want to listen to her. John and Raghav keep the samosas, burgers and cold drink on Ranveer’s table. Ranveer asks the waiter to bring his black coffee. Suhani tells Ranveer that she is really feeling sorry. She tells Ranveer that she knows he likes sweets a lot. Suhani offers Ranveer the “Carrot Halwa” made by her. Ranveer still ignores Suhani. Suhani again says “sorry” to Ranveer. She also says “thank you” to Ranveer for keeping her father’s respect.

Suhani requests Ranveer to please take the “Carrot Halwa”. Ranveer rudely asks the waiter to bring his coffee fast. He takes the Halwa from Suhani and gives it to Raghav and John to eat. He says people always find his talks bitter even if he eats any amount of sweets. John asks Ranveer to forgive Suhani as she is saying sorry. Ranveer stands up and pours a whole cold drink can on John. This shocks everyone present there. Ranveer asks John if today’s lecture quota got over? He walks away. Riya sees everything that happened and follows Ranveer. She tells Ranveer that the Dean wants to meet him urgently.

Ranveer and Ansh enter Dean’s office together. They show attitude to each other. Ranveer recalls Ansh’s nonsense about Suhani. Dean scolds and asks them to leave their filmy drama out of his cabin. He asks both Anahs and Ranveer to enter his cabin. Some more students can be seen in the Dean’s cabin. Dean tells everyone that there has been a big landslide on Dehradun-Delhi highway. He tells everyone that many people got injured and are waiting for medical assistance on the highway. The Dean also says that their college’s medical team will also go there for medical help. Dean asks Ranveer and Ansh to take junior students to the accident site.

He makes Ranveer the medical team leader and asks Ansh to assist/support Ranveer. Ansh’s shows reluctance but the dean asks him to do his doctor’s duty forgetting enemy issues. Ansh agrees. Nita, Suhani, John and Raghav too enter Dean’s cabin. On Ranveer’s questioning, Dean says the number of casualties are not known yet. Dean asks Nita to make her batch volunteers meet Ranveer and Ansh as soon as possible. He also asks Ranveer and Ansh to leave with the team immediately. Ansh asks Suhani to join the medical team as she will get great exposure for her career. Suhani says she doesn’t know if Rakesh will permit her or not.

Ranveer hears all this. In the next scene, Dean is seen convincing Rakesh to let Suhani join college’s medical teams. He tells Rakesh that Suhani will have great exposure and will be sent with complete safety measures. After Dean tells Rakesh that he will be going with the medical team too, Rakesh agrees to permit Suhani. Dean disconnects the call, turns and Ranveer is seen sitting behind him. He asks Ranveer to tell him if he has taken anybody else’s responsibility as he can talk to other parents too. Dean tells Ranveer that he thinks of him as his personal assistant. Ranveer tells the Dean that he can do this much for his favorite student as he hears his scoldings and apologizes to him too to keep his (Dean’s) respect in front of the whole world.

Ranveer leaves Dean’s office and leaves on his bike passing Suhani. He still ignores Suhani. Nita asks Suhani to come fast as the bus may leave without them. Ansh tells Suhani that the bus got full. He takes Suhani and Nita with him in the ambulance. Everyone leaves for the accident site from college. Ansh looks at Suhani with evil intentions. Suhani receives Sudha’s call. She gives Sudha’s questions answers in Yes and No. Sudha asks Suhani where she is lost, if she got into a fight with someone? Suhani replies, no she didn’t talk to him/her. Sudha asks with whom?

Suhani changes the topic. Before she disconnects the call, Sudha sees Nita and Ansh with Suhani. Ansh and Nita greet Sudha. Ansh asks Sudha to not worry as Suhani is with him. Suhani still seems upset. Ansh gets angry when Sudha asks Suhani if she thanked Ranveer. Suhani disconnects the call saying she is about to reach the accident site. Sudha asks Suhani to take care of herself. She gets tense as the glass falls from her hand and breaks. Rakesh asks Sudha why is crying as just a glass broke. Sudha tells Rakesh that she doesn’t know why she is feeling anxious. On the other hand, Ansh tries to provoke Suhani against Ranveer.

He tells John that he was angry with Suhani but didn’t leave her responsibility and his feelings towards her. John tells Ranveer that they thought he doesn’t want anything with Suhani anymore and thus they also left their watch on Suhani. Ranveer tells Raghav and John that he will soon teach them a lesson. Angry Ranveer turns his bike. On the other hand, Suhani, Nita and Ansh struggle for their life. Suhani reaches the Ambulance door to get help but Ansh takes the advantage and saves himself leaving everyone in danger. Ranveer reaches his college bus and scolds John and Raghav. Some people come and say that an ambulance got stuck in a landslide on the cliff.

Ranveer, John and Raghav run to help people in the ambulance and especially to save Suhani. Suhani gets shocked with Ansh’s selfish move. At the Sharma house, the whole family gets shocked on knowing that Suhani’s college ambulance is stuck on a cliff in a landslide, through news. Sudha tells the family that Suhani was in the ambulance. She goes to call Ranveer but finds his phone unreachable. This increases the Sharma family’s tension. On the other hand, the landslide situation gets worse. Ansh reaches the top of the cliff safely and tries to help stuck people with rope and other people’s help.

Suhani, Nita and other people stuck in the ambulance struggle for their life. Ranveer and his friends are seen running to help Suhani and others. In the next episode, the ambulance will fall downwards. Worried Ranveer will scream Suhani’s name. Hearing Ranveer’s voice stuck on a cliff, Suhani will cry and scream Ranveer’s name for help. With other students and rope’s help, Ranveer will go downwards to save Suhani. Suhani’s hand will slip and she will fall down. Shocked, Ranveer will scream “Suhani”.

Reviewed Rating for Sirf Tum 13th January 2022 Written Update Suhani to die: 3/5 This rating is solely based on the opinion of the writer. You may post your own take on the show in the comment section below.