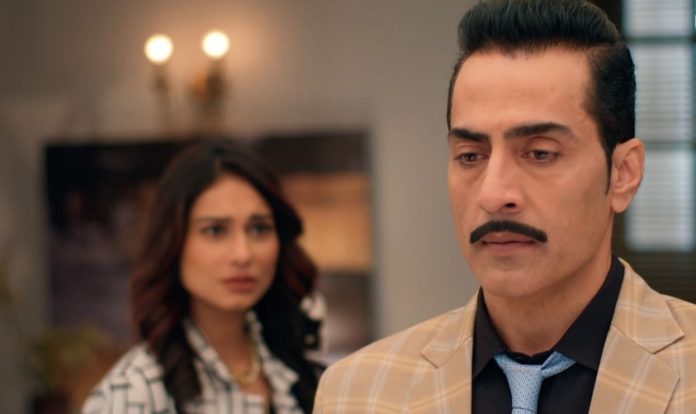 Anupama 19th January 2022 Written Update New track Anupama tells Samar that its his life, he has a right to decide. She explains that they break down within when a relationship breaks, even the family breaks along with it. She asks him to give a chance to Nandini. Hasmukh also agrees with Anupama. He tells that Samar always worked hard to join a toy, he should put efforts to save his relationship. The family members give their opinion to Samar. Samar tells that Anupama also broke her relation. Anupama replies that she wasn’t there in her relation. She asks him to realize if he isn’t there in his relation with Nandini. She asks him to compare his relation with Vanraj and her relation.

Vanraj tells that they should never make relations where fights happen. He also advises Samar, but with an opposed opinion. He tells that he was forced to live with Anupama first and then Kavya. He asks Anupama not to lecture on relations. He doesn’t want his son to live a suffocated life. He asks Samar to freely decide for himself. He tells that Samar hates him, but he is still Samar’s father. He doesn’t want Samar to become like him, but like Anupama and Hasmukh. He tells that Anupama and he were in a relation which had become a cage for both of them, so he broke the cage.

He feels he is still caged in an unwanted relation with Kavya. He asks Samar not to live in a loveless marriage, it will shatter him and ruin his entire life. Anupama tells that no relation is perfect, one has to work hard and make it perfect. She gets into an argument with Vanraj. She tells that he fell in love with Kavya and married her, but he failed in keeping that relation, because he has to work hard and change. He asks her not to speak such sugar coated things. He tells the truth of his life to Samar. He tells Samar that the problem will always exist. She tells that they have to teach Samar to make relations. Vanraj teaches Samar to break relations. He tries to change his thinking.

Nandini shouts on the keymaker who isn’t able to make the key for the lock. The man refuses to help her and goes. Anupama meets her and hands over the keys. Nandini tells that she doesn’t want to talk to Anupama, knowing she will favor Samar. Anupama tells that she always supports the truth. Paritosh meets Nandini to pacify her. Anuj and Malvika find Vanraj and Anupama in a bad mood. Anuj tells that something has happened for sure. Malvika goes to handle Vanraj. Hasmukh and Leela discuss about Kavya and Vanraj’s marriage. They don’t know what to do to bring peace in the family.

She wants her family to live a joyful life. She tells that the new year is still bad. Nandini tells Paritosh that she fell lonely. He doesn’t judge her actions. He tells her that she should watch her actions in the future. He advises her to work on Samar and her relations. He asks her to keep her relation away from Kavya. She tells that Samar broke the relation. She regrets whatever Vanraj told her. He tells that Vanraj was in anger when he told harsh things to her. He asks her to react in a mature way. She asks him to go and explain Samar, if he thinks she is right. He asks her to think well. Nandini recalls Samar’s words.

Samar and Nandini miss each other, and shed tears. Malvika meets Vanraj and tries to find out the matter. Anuj asks Anupama why is she looking so upset. She doesn’t want to talk to him. Malvika asks Vanraj not to have a rotten face. He asks her to focus on work. She tells that she is crazy, she doesn’t like if anyone ignores her. She threatens him to make him speak. He tells that he is always troubled by everyone. She asks him to unload all the problems, then things will get easy. She tells that she can’t see him upset.

He tells her that he is really tired of his life, there are just fights happening in his house, he tried really hard to fix things, but Kavya and his family don’t see his efforts. He regrets that Kavya went on a break, but its affecting Samar’s life. He worries for his family. He tells that he becomes a villain in his family’s eyes. He feels helpless. He tells that his love for Kavya was his biggest mistake, he should have not married her. Malvika gets emotional on hearing him. He is glad that Malvika understands him, because she also got hurt like him. Anuj breaks Anupama’s silence. She agrees to tell him the matter.

She tells him about her fight with Vanraj. Vanraj tells that he has tolerated a lot for Kavya, he divorced Anupama and left his family, but still Kavya ditched him. He also wants happiness and peace in his life. He tells that he broke his marriage for love, and today his love has broken his family. He tells that he has his family to share his sorrow, but Malvika was all alone when she faced this breakdown period. He asks her how did she tolerate things alone. He targets on her weakness, her sorrow. He tells that they know how difficult it is to live alone, and moreover its a punishment to fall lonely.

He asks her if she trusts him and finds him a right person. Malvika holds his hand and smiles. Anupama finds them together. She asks Vanraj to handle his wife and family. He asks her to leave, because he has to handle Malvika instead. Anupama warns him to not play with Malvika’s feelings. Vanraj gets evil once again and plans to get rich by marrying Malvika. He changes his colours for his motives. How will Anupama protect Malvika from his new game? Keep reading.

Reviewed Rating for Anupama 19th January 2022 Written Update New track: 3/5 This rating is solely based on the opinion of the writer. You may post your own take on the show in the comment section below.