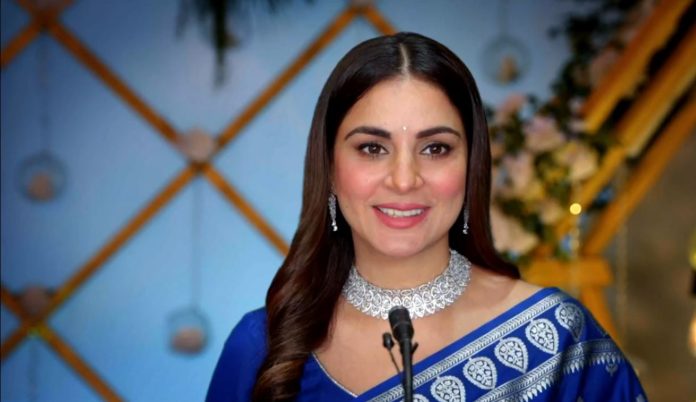 Kundali Bhagya 19th January 2022 Written Update Thrilling Sameer argues with Kareena to defend Preeta. He tells her that Karan doesn’t have anything with him, Preeta has taken over the Luthra business and properties, but they should be thankful that the control isn’t in Prithvi’s hands now. He tells that Preeta is definitely better than Prithvi. He adds that he would always choose Preeta over the villainous Prithvi. Kareena doesn’t agree with him. She has a contrast opinion. She feels Prithvi is better than Preeta. She takes it on her ego, like Preeta is insulting her and Prithvi was paying much respect to her till now.

She tells Sameer that whenever Preeta comes home, she does some magic on Karan and Sameer. She adds that Sameer is speaking the words fed by Preeta. Their argument has no idea. Naagre finds someone kidnapping Prithvi by rendering him unconscious. He follows to stop the kidnapping. He asks what’s happening. Preeta and Shrishti had taken Prithvi with them, and then compelled Naagre to change his speech in Preeta’s favor. Sherlyn suspects that Preeta is behind Prithvi’s disappearance. She tells that she will first find Prithvi and then tackle Preeta to ruin her life. Will Karan support Preeta? Keep reading.

Earlier in the show, Naagre gets a shocking news. He finds Karan arriving home with the police. Karan asks the Inspector to arrest Naagre. Inspector tells that he will arrest Naagre after getting some proof. Prithvi disappears from the party. Naagre gives a speech to welcome the person on stage, who would take the Luthra business to new peak. He tells that the person is a strong pillar of the family, the best of the best. He welcomes Preeta Luthra on stage. This shocks Karan and the entire Luthra family. Preeta thanks the guests for coming.

Rakhi is happy that Karan has brought Preeta home. Preeta tells that she is really grateful to them for coming in her party. She thanks Naagre for the help. Karan and Luthras get puzzled. Preeta gets the credit of the new township venture. Sherlyn wonders what is Preeta doing home. She looks for Prithvi.

Preeta gives a remarkable presentation and saves the name of the Luthra construction company. She tells that Luthras will be providing the best experience to the families in their new township. The clients are interested in the township. Rakhi and Karan can’t believe that Preeta is handling their business so well. Kareena is still angered. Preeta tells that their township is a gift to the human kind. Inspector praises Preeta in front of Karan. Karan tells that she isn’t too good. He asks Sameer how does she know about the township project. Sameer asks him to be happy that she snatched everything from Prithvi.

He tells that Prithvi had hurt them a lot and now Preeta has come to the rescue, she is amazing and really smart. Preeta thanks the guests for feeling proud of the project. The guests ask her about Mahesh Luthra. Preeta tells them that Mahesh has taken a break from the business for some time, he has worked hard all his life, he needs a break. She applauds Mahesh’s achievements. MLA tells Preeta that he heard about the luxurious project. He is impressed with her powerful speech. The client asks Preeta where did Prithvi go, he was going to head the project.

She tells that Luthra industries own a big name in the business world, Prithvi’s company works under the Luthras. She adds that she decided to not involve Prithvi in the project, the deal will be with the Luthra industries. She asks MLA to think of his biggest voters, the common people, he will get votes from them. She tells that they are making an affordable township, but it will be luxurious as well. She justifies that her project will be a big success. MLA tells that he is really impressed by her.

The client tells that her idea is mindblowing, he will send the cheque by his manager soon. Preeta and Karan see each other and smile. Kritika asks Kareena to look at Karan, who is deeply lost in Preeta. She tells that Karan is impressed by Preeta. Inspector tells that Preeta is bad, she is busy right now, she has no tension around. He asks Karan to call her if he wants the police to talk to her. Karan asks him to leave.

Sameer gets to see Shrishti after a long time. Sherlyn thinks where did Prithvi disappear when Preeta has snatched everything from them. Kareena asks Shrishti and Janki what are they doing here. Janki asks her to ask Preeta. Kritika comments on their attitude. Sherlyn tells Natasha that Preeta didn’t die, she has come back, there is something wrong that Naagre called Preeta on stage, Preeta has smartly snatched the project from Prithvi. She worries that something happened to Prithvi. Natasha praises Preeta’s smartness. Sherlyn tells that Preeta has come back to take revenge, Prithvi lost his big project, they shall find him.

They don’t know where did Prithvi go. They wonder why did Naagre cheat them. They meet Naagre and confront him for the cheat. Naagre asks Sherlyn to come to the point. She asks him why did he support Preeta. She tells that they were going to ruin Preeta’s life and he helped Preeta in ruining their lives. He asks her why is she shocked that Preeta has come back, Preeta didn’t harm them. She wants to know why did he support Preeta. He tells her that he didn’t support Preeta, he didn’t cheat anyone, he has supported Preeta in front of everyone because he was scared seeing the fire in Preeta.

She asks what does he want to say. He tells that he understood it well, Preeta is really smart, she can do anything anytime. He tells her that he had seen Shrishti and Janki fainting Prithvi and taking him away from the party. He recalls seeing Preeta alive. He receives a shock. He tells Sherlyn that Preeta had threatened to give the recording to the police and get him arrested. He was scared that Preeta would have charged him of kidnapping and attempt to murder. Sherlyn asks him if Prithvi is safe. He tells that he is safe, he is alive, he didn’t die, Preeta doesn’t have the courage to kill a person, she just made him away from the party.

She tells that she is with Prithvi, he isn’t alone. He tells that Preeta is enough alone to fight everyone. Sherlyn tells that she had written Preeta’s fate and threw her out of the house, and even today she will create a storm in her life. She threatens of ruining Preeta and her Bhagya. She asks Natasha to help her find Prithvi. Shrishti misses Sameer and cries. He happily goes to meet her, and finds her crying. She acts happy when she sees him. He asks her why didn’t she see him. She tells him that he broke up with her and now she doesn’t want to see him. She behaves rudely with him. She cries in sorrow. She tells Janki that Sameer didn’t trust Preeta, he broke up with her because of Preeta.

She doesn’t want to accept Sameer back in her life. She tells that he doesn’t matter to her now. They meet Rakhi and get love from her. Rakhi tells that she is very happy to see Preeta and Shrishti in the house. Shrishti can’t stop her emotions in front of Rakhi. She thinks she has to control her emotions and not show the reality to Rakhi. Rakhi tells that she wants to hug Preeta and Shrishti, but they are too angered. She shares her feelings with Janki. Janki wants to be good towards Rakhi, so that she can share her sorrow.

Reviewed Rating for Kundali Bhagya 19th January 2022 Written Update Thrilling: 3/5 This rating is solely based on the opinion of the writer. You may post your own take on the show in the comment section below.