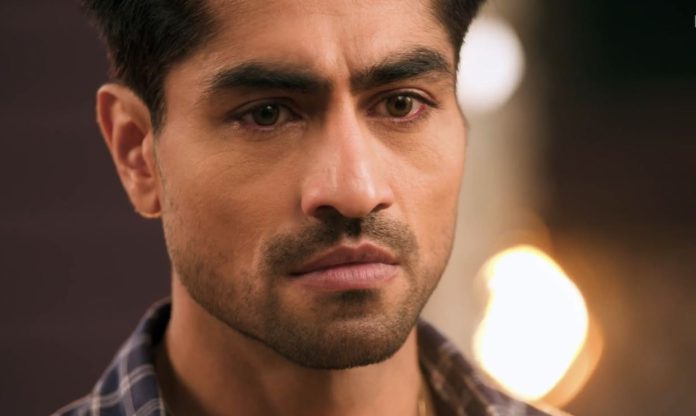 Yeh Rishta 27th January 2022 Written Update Abhi ousted Abhimanyu is seen examining unconscious Akshara. Akshara recalls that Aarohi ended her relationship with her. She also recalls Aarohi’s accusations of snatching Sirat, Abhimanyu and everything from her. Akshara gains consciousness. Abhimanyu asks her if she is fine. She asks if Aarohi is fine. Kairav tells Akshara that Aarohi is fine and didn’t get injured. Akshara confirms the same from Abhimanyu. Abhimanyu tells her that Aarohi is absolutely fine and asks her if she is fine. On the other hand, Aarohi is seen angrily throwing her bridal outfit and her and Akshara’s frame on the floor.

Both sisters frame breaks. Aarohi recalls Akshara telling her that she isn’t worthy of Abhimanyu. She also recalls Akshara telling everyone that she wants to marry Abhimanyu. Aarohi recalls Abhimanyu saying that he never loved her and cries. She breaks down and cries profusely. Abhimanyu does Akshara’s trauma test. At Birla house, everyone is seen tense. Harshvardhan breaks a glass in anger. Everyone gets shocked. Anand asks Harshvardhan to relax and says they would handle everything. Harshvardhan asks Anand what and how they will handle things. He insults Goenkas and calls Aarohi duffer. Harshvardhan further says that even Abhimanyu has become mad in Akshara’s love.

He thinks how Goenkas will be behaving with Abhimanyu. At Goenka Mansion, Manish asks Kairav to drop Dr. Abhimanyu outside. He puts Abhimanyu’s doctor fees in front of Abhimanyu. Manish again asks Kairav to drop Dr. Abhimanyu outside. Swarna asks Manish what he is saying. Manish rudely asks Abhimanyu to leave. Abhimanyu picks up his fees in anger. Akshara requests Manish and Abhimanyu to stay calm. Abhimanyu politely tells Manish that home doctors are not given fees and are always consulted for free. He also tells Manish that he will surely accept shagun money and calls him “Bade Papa”.

Manish drags Abhimanyu outside. Abhimanyu keeps talking to Akshara like a mad lover. He leaves smiling madly. Harshvardhan worries about Abhimanyu’s whereabouts. All Birlas receive calls together. People on call humiliates Birlas for not being able to control or handle their son. Neil and Manjiri wonder what is happening. Minister (Ruby’s father) makes fun of Harshvardhan and threatens him of ruining his reputation. Harshvardhan recalls Manjiri’s refusal to convince Abhimanyu. Manjiri recalls Harshvardhan’s warning. On the other hand, Abhimanyu walks barefoot on the road. He keeps smiling recalling Akshara’s love confession for him.

Abhimanyu dances and celebrates his happiness with street people. In his thoughts, he requests Akshara to call him for sure as he will be waiting. At Birla house, Harshvardhan slaps Neil, shocking everyone. He asks Neil if he is happy after ruining everything. Harshvardhan says Neil forgot their reputation in Abhimanyu’s love. He further says Neil won’t think about Birla’s reputation because he is not their family. He calls Neil an orphan. Manjiri says her child (Neil) is not an orphan. She tries to pacify hurt Neil. Harshvardhan calls Neil unclaimed and Birlas’ biggest mistake of giving him shelter in their home. He further calls Neil Birla’s enemy. Anand stops Harshvardhan from hurting Neil physically.

Harshvardhan says he handles Abhimanyu’s tantrums because he is his son but can’t handle Neil’s actions. He asks everyone to keep Neil away from his eyes. Harshvardhan gets unwell and Birlas gets lost in his care. Neil feels very hurt. At Goenka Mansion, Manish glares angrily at Akshara. Abhimanyu on the other side feels content with Akshara’s stand for their love. Akshara requests Manish to give her one chance to clarify the situation. Manish asks Akshara why his children need to give clarification to him, when he gave them full freedom. Aarohi asks Manish to hear her out before Akshara. Akshara says she was already talking.

Aarohi shouts and tells Manish that not every time she is wrong and Akshara the great. She says she has her own reasons too and is not always wrong. Akshara asks Aarohi to not complicate the situation more and let her talk first. Manish gets angry and asks Akshara and Aarohi to stop their drama. Akhilesh tells Aarohi and Akshara that their drama never ends and they have embarrassed the family a lot. All family members request Manish to listen to Aarohi and Akshara once. Before Akshara could speak, Aarohi says that she always gets blamed. Aarohi asks Goenkas to realize that Akshara can’t see her happy and snatches her everything.

Akshara tells Aarohi that she always misunderstands her. Aarohi tells Akshara that wrong always happens with her. She accuses Akshara of snatching Sirat and Abhimanyu from her. Akshara asks Aarohi to stop her nonsense as she has got tired hearing the same things. Aarohi pushes Akshara and tells her that she would have to hear her ill words. She shakes Akshara continuously and tells her that she can’t ever see her happy. Kairav separates Aarohi from Akshara. He angrily asks Aarohi to stay quiet. Kairav tells Aarohi that she won’t get right by making everyone count Akshara’s mistake.

He scolds both Akshara and Aarohi for hiding the truth and making mistakes. Kairav also requests Aarohi to stop bringing Sirat in between every conversation. He tells Aarohi that it’s Sirat’s death’s insult. Kairav asks Aarohi to accept the truth that Sirat’s death was an accident. He warns her to not bring Sirat’s death anywhere. Kairav tells Aarohi her lies list is very big. Manish says Aarohi and Akshara have badly embarrassed them in front of the whole world. Aarohi tells Manish that she will accept any punishment of his. She tries to whitewash her mistakes saying that she did everything for her career. Aarohi further says that she didn’t do anything to ruin the family’s reputation like Akshara.

In the next episode, Aarohi will ask Goenkas if Akshara can leave Abhimanyu for the family’s reputation. Abhimanyu will send his resignation letter to Harshvardhan. He tells that he will leave the house and also the Birla hospital. Harsh and the family are left in shock. Manish will angrily ask Akshara to call Abhimanyu as she promised him. Abhimanyu madly waits for her call.

Reviewed Rating for Yeh Rishta 27th January 2022 Written Update Abhi ousted: 3/5 This rating is solely based on the opinion of the writer. You may post your own take on the show in the comment section below.