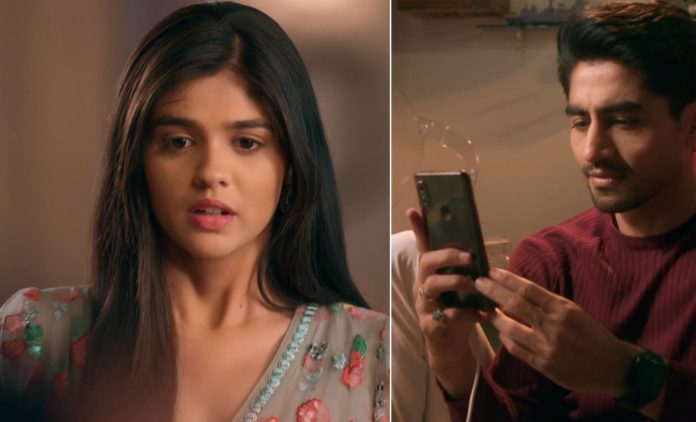 Yeh Rishta 28th January 2022 Written Update Akshara’s stand Abhimanyu tells Harshavardhan that he would never be able to understand his love for Akshara as he never loved Manjiri. He says Akshara is his life. Harshvardhan says Abhimanyu again started Akshu- Akshu. At Goenka Mansion, an angry Aarohi says that she accepts her fault. She asks if Akshara also accepts her fault and is ready to bear the punishment. This shocks and angers everyone. Aarohi asks if Akshara can leave Abhimanyu for the family’s reputation. She asks everyone to question Akshara.

Abhimanyu sends his resignation letter to Harshvardhan and asks him to check the date carefully. At Goenka Mansion, Aarohi repeats her question to Akshara. This hurts and angers Akshara. At Birla house, Abhimanyu asks Harshvardhan to oust him from both Birla house and hospital, not from one. He says he became a doctor to serve people and the service doesn’t need a five star hospital. Abhimanyu further says he would run his grandfather’s old clinic to serve people. Anand tells Abhimanyu that he won’t go anywhere. Abhimanyu says Harshvardhan wants him to leave.

On the other hand, Akshara requests Manish to hear her out once. She asks Manish if loving someone is wrong. Akshara says even her parents did love each other. She requests Manish to hear her reason for getting late in expressing her love. Akshara tells Manish she can explain everything to him in detail. Aarohi asks Akshara what will she explain after ruining everything. Akshara shouts and asks Aarohi to shut up. She tells everyone that she remained silent because she didn’t want to lose Aarohi. Akshara explains that she already lost her mother but wanted Aarohi to be with her.

She tells everyone that she started liking Abhimanyu since she met him in the resort. Akshara says she got stuck on knowing that Abhimanyu’s marriage proposal came for Aarohi. She says she managed to handle her heart. Akshara further explains that she decided to be silent after the tilak ceremony. She says she tried to handle her heart and bring Abhimanyu and Aarohi closer even when Abhimanyu didn’t want it. Aarohi asks Akshara why she ran away with Abhimanyu when she wanted to bring her and Abhimanyu closer. Angry Manish shuts them and says he doesn’t want to hear anything. Aarohi says Akshara is saying anything.

Manish asks Aarohi to shut up. At Birla house, Abhimanyu tells Harshavardhan that he talks straightforwardly from his heart and doesn’t not threatens anyone. He tells Harshvardhan that he would leave if he wants him to. Harshvardhan gets angry and falls on Abhimanyu’s shoulder. Everyone gets worried. Mahima gets worried thinking that Abhimanyu may actually leave the hospital in anger. At Goenka Mansion, Manish scolds Aarohi and Akshara for not hearing and asking anything from the elders. He blames Birlas for ruining their lives and happiness. Akhilesh does the same. Manish says Abhimanyu is the actual problem as their both daughters are competing with each other for him.

He further says since the first day Abhimanyu is making Goenkas dance on his tunes. He says Abhimanyu doesn’t respect elders and has no manners. In a low voice, Akshara says “her Abhi” isn’t like this. Manish says how to say anything to others when his own daughters are embarrassing him. Suhasini asks Manish to stop. She says they have to decide what to do further. On the other hand, Abhimanyu tells Manjiri that he would take her with him soon after settling down a little. Harshvardhan stops Manjiri from going behind Abhimanyu. Anand and Mahima try to stop Abhimanyu. She scolds Abhimanyu for taking a harsh decision. Mahima asks Abhimanyu to think about his mother at least.

She tells Abhimanyu that Manjiri won’t be able to live without him. She drags Abhimanyu inside and Abhimanyu drags Manjiri with him. At Goenka Mansion, Manish asks Aarohi and Akshara to not mess things up anymore. He asks Akshara to call Abhimanyu as she promised him. Everyone leaves Akshara and Aarohi alone. Kairav tells his sisters that things go wrong with wrong ways. He also tells Akshara that her one mistake ruined everything. Kairav also tells Aarohi not to consider himself better than Akshara and not to try to portray herself as a victim. Kairav further requests his sisters to not follow him as he doesn’t have the energy to make them understand anything.

Aarohi glares at Akshara angrily. Goenkas cry about their current situation. On the other hand, Akshara feels guilty for embarrassing her family and messing up the situation. Akshara gets determined to try again. At Birla house, Harshvardhan gets determined to ruin Goenkas for making Abhimanyu against him. Manjiri sees Abhimanyu making ladoos for Makar Sankranti. He tells her that he is helping her because she won’t stop doing things for Harshvardhan even being in pain herself. Manjiri asks Abhimanyu what happened at Goenka Mansion. Abhimanyu says he called Manish “Bade Papa” and the latter got angry. Manjiri explains to Abhimanyu that he needs to be patient for things to sort out. Abhimanyu asks Manjiri what he should do then.

She tells Abhimanyu that Manish is everything for Akshara. Manjiri asks Abhimanyu what will happen if she gets very angry with him. Abhimanyu says he would get mad. Manjiri explains to Abhimanyu that Akshara is in the same condition. Abhimanyu promises Manjiri that he won’t put Akshara in any more trouble. On the other hand, Kairav does hand painting in anger. Vansh makes Kairav sit. He explains to Kairav that they are the link between both generations of the house and they can’t be weak.

Vansh helps Kairav to get relief from his cold and pain through steam. Kairav feels better after the steam. Vansh tells Kairav that soon they will make everything alright with a solution. Akshara makes ladoos and talks to her parents’ photograph. She tells them that she is missing them. Akshara promises her parents that she will make everything alright like they used to. She says she will bring Goenkas and Birlas together again. Suddenly Aarohi’s bridal photograph with family appears. Akshara caresses it. At Birla house, Abhimanyu runs and jumps on Neil’s shoulder. He thanks Neil for not giving up, when he gave up. Neil also jumps on Abhimanyu and both brothers jump in happiness. Neil tells Abhimanyu that now everything would go right with him and Akshara. Both brothers hug each other and go to sleep.

At Goenka Mansion, Akshara thinks that only she isn’t in the family photograph. Abhimanyu recalls Akshara’s promise and puts his phone on charge. Akshara also recalls her promise to Abhimanyu and their moments. Next morning, Aarohi thinks that she won’t forgive Akshara ever. She further thinks that she lost everything; her dream, her wedding, her power, her self respect and family’s trust. Akshara gets determined to start afresh for her family and love. Aarohi gets determined to regain family’s trust. Abhimanyu believes that Akshara would surely call him. Akshara picks up the phone to call Abhimanyu but drops it seeing Manish in front of her.

In the next episode, Birlas and Goenkas leave for a Sankranti gathering at someone named Shekhawat. Abhimanyu will save Akshara’s family kite. They will get surprised seeing each other at the same gathering. Abhimanyu will tell Akshara that the whole family came with him. Goenkas and Birlas will get shocked on coming in front of each other. Abhimanyu and Akshara will look tense.

Reviewed Rating for Yeh Rishta 28th January 2022 Written Update Akshara’s stand: 4/5 This rating is solely based on the opinion of the writer. You may post your own take on the show in the comment section below.