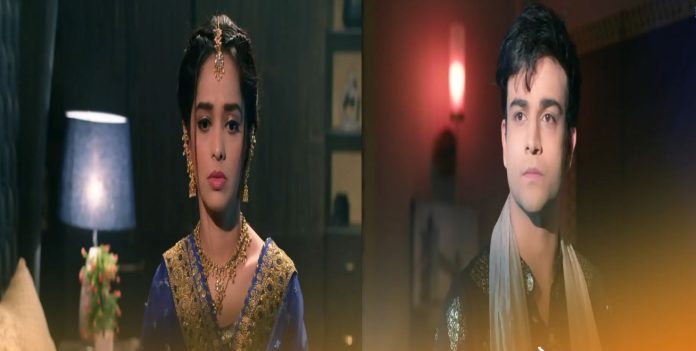 Kumkum Bhagya Upcoming 31st January 2022 Pregnancy Revealed Prachi feels considerate pain in her stomach, which doesn’t let her sleep. She grows worried for the baby in her womb. She thinks she got too exhausted in the day. She doesn’t get a proper rest. She calls the doctor to take some medicines prescribed for her. She tells her doctor that a sudden pain has developed in her stomach and causing much discomfort. Doctor helps her on call. She tells that she is feeling uneasy. Doctor asks her to visit the clinic in the morning and get some tests done. Prachi agrees to visit for the checkup. The same gynac who is treating Prachi also happens to be Pallavi’s doctor.

Ranbir calls the same doctor to ask about Pallavi’s medicines. Doctor tells him that the medicines are available at the clinic, he can come and collect it from the clinic. He asks the time. She asks him to come at 11 am. She has called Prachi at her clinic at the same time. Ranbir gives his word that he will be there on time. Both Prachi and Ranbir will be visiting the same doctor. Will Ranbir finally learn the news of Prachi’s pregnancy? Or will he get mistaken once again? Keep reading.

Reviewed Rating for Kumkum Bhagya Upcoming 31st January 2022 Pregnancy Revealed: 3/5 This rating is solely based on the opinion of the writer. You may post your own take on the show in the comment section below.