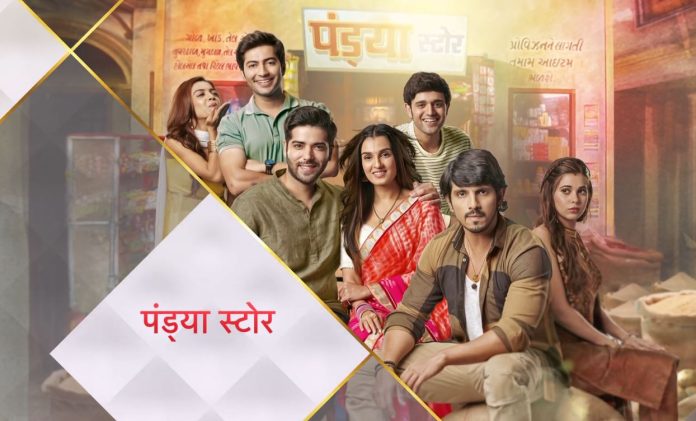 Pandya Store 31st January 2022 Upcoming Spoiler Update Pandyas receive a good news in the family. Raavi takes charge of her mistake and tries to prove her innocence to Suman. She returns home to the family. Suman gets delighted when her sons cook the food and serve the dinner to the entire family. Suman tells them that Dhara, Rishita and Raavi will sit with them and dine today. Raavi goes from there. Dhara asks Shiva to call Raavi. Raavi isn’t angry with them. The family gets to eat the Gajar halwa prepared by Gautama. They taste the salt added in it instead the sugar. They ask Gautam who adds salt in the halwa. Gautam tells that it would be a fool who makes such a blunder.

He asks them to forget it and just enjoy the halwa. He also tastes the halwa and realizes that he is the fool who added the salt in the sweetdish. The family shares a laugh. Gautam asks them to ignore the salt and praise his efforts. Rishita gets a good news through a message that her project got selected. She is excited to progress in her work. Suman blesses Rishita. She asks Rishita to prosper in her career.

Dev and Rishita have differences. Shiva and Raavi also have fights going on because of Prafulla. Suman stays upset with Raavi. She wants Raavi to become a part of their family and end her ties with Anita and Prafulla, who have snatched Dhara’s baby dreams. The family later receives a shocking news when a court notice is delivered home. Rishita hands it over to Shiva. He checks it in shock. He reveals to the family that it’s the divorce orders from the court, the divorce is granted to Raavi and him on Raavi’s formal complaint against him.

The family is shocked to know this. He angrily packs Raavi’s bags and asks her to leave the house. Raavi refuses to leave the house, stating that she is his wife. He tells her that she is no longer his wife, because they are now divorced, their marriage stands no meaning because of her extreme step. Raavi is clueless because she didn’t sign any divorce papers. Will Raavi learn Prafulla’s evil plan to get her divorced from Shiva? How will Pandyas manage this new trouble? Keep reading.

Reviewed Rating for Pandya Store 31st January 2022 Upcoming Spoiler Update: 3/5 This rating is solely based on the opinion of the writer. You may post your own take on the show in the comment section below.