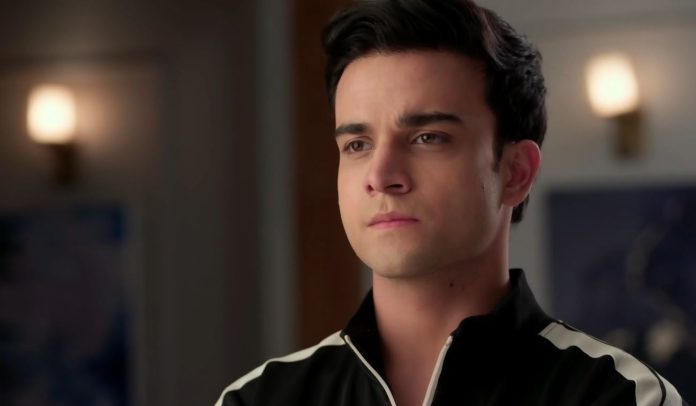 Kumkum Bhagya 3rd February 2022 Written Update Troubled Ranbir Rhea tells Prachi that she hates her so much that she can kill her right away if the murder crime was permitted. She tells that she wants to get rid of Prachi forever. She can’t tolerate further. Prachi asks Rhea not to boast of her relation much. She tells that if Rhea and Ranbir have much understanding between them, then its good for them. She adds that she doesn’t want to hide anything from them, like the way they have hidden the truth. Ranbir asks what truth did they hide. Prachi tells that the truth about her sister’s marriage with her husband. She taunts Rhea and Ranbir on their baseless marriage.

She avoids to talk to Ranbir. She tells that she is afraid to talk to him. She thinks she doesn’t have to tell him about her pregnancy. He wants her to know her true feelings, but she doesn’t think he has any right on her feelings now, when he means nothing to her after the loss of faith and forced separation. Ranbir feels stuck between Prachi and Rhea’s fight. He wants peace for himself. What will be the outcome of the never-ending fights? Keep reading.

Earlier in the show, Prachi asks Ranbir to talk to Rhea. He asks her why does she want to end their conversation by bringing Rhea in between. He wants to know the truth. She tells that he can’t demand her to tell the truth. He asks her what’s wrong with her that she is creating a drama always. She tells that she is scared of him now. She adds that she has nothing to tell him, she can’t lie to him. He asks her to speak out her feelings. She asks him why would she share anything with him, when he means nothing, he lost all the rights on her when she left the house. He asks her by what right did she come back home, when she has no right on him. She doesn’t tell him anything. She tells that she doesn’t care what he thinks.

Ranbir gets angry on himself and hits his leg on the car. He tells that she always tells that he has no right on her. He is frustrated. Prachi cries thinking of the complications arising in her pregnancy, the issues that keeps happening because of Rhea and Ranbir. She apologizes to her baby. She fees sorry that she isn’t able to take care of the baby. She promises to look after the baby well. She goes home and meets Shahana. She tells that she was really scared today, when she was with Ranbir in the doctor’s cabin. She adds that she never felt so scared before, she doesn’t want Ranbir to know about him. She doesn’t know if it was a coincidence.

Ranbir meets Prachi. Dida tells that Prachi is emotional. He tells that Prachi doesn’t love anyone, she won’t cry for anyone. He asks Dida not to take Prachi’s side, its useless to talk to her. He tells her that he feels that Prachi is hiding something. She asks him to not investigate anything. He tells that if he learns something that he should have learnt before, then he will not forgive anyone involved. He asks Prachi to tell him the news, be it a good news or a bad news. He gives her time to decide. She takes Dida with him. Prachi doesn’t know what to do.

She tells that she can’t tell Ranbir about her pregnancy. Shahana tells that Ranbir is worried for her. Prachi tells that he is selfish and does everything for himself. Shahana asks him to decide what she wants to do, she wants to follow her heart or mind. Prachi thinks to talk to Rhea. She goes to the kitchen and finds Rhea there. She intentionally gets into an argument with Rhea. Rhea tells that she has seen Prachi taking a lot of medicines these days. She asks Prachi what health issue does she have. Prachi is relieved that Rhea didn’t see her medicines, else she would have known about her pregnancy. Rhea asks if Prachi is taking medicines to look beautiful to Ranbir.

Prachi tells that she didn’t wish to hide anything, like they had hidden the truth. Ranbir asks about the truth. Prachi taunts about her sister’s marriage with her husband, and goes away. Rhea asks him not to spoil his mood, because she trusts him. Prachi recalls Rhea’s hatred for her. She thinks Ranbir will not think about her pregnancy now. She gets her medical file. She hides it. Ranbir goes to scare Vikram. They sit for a talk. Ranbir asks him not to drink, else Pallavi will get angry. Vikram tells him about marriage, a wife becomes the best friend after some years.

Ranbir tells that Pallavi will scold him. Vikram tells that he isn’t scared of Pallavi, who is just worried for his health. He knows that if he drinks in front of everyone, then Pallavi will get upset, he doesn’t want to upset her, he loves her and cares for her. He tells that Ranbir can’t understand this husband and wife’s mutual understanding. Ranbir asks what does he mean. Vikram feels sorry that he isn’t able to call himself a good dad for Ranbir.

Reviewed Rating for Kumkum Bhagya 3rd February 2022 Written Update Troubled Ranbir: 3/5 This rating is solely based on the opinion of the writer. You may post your own take on the show in the comment section below.