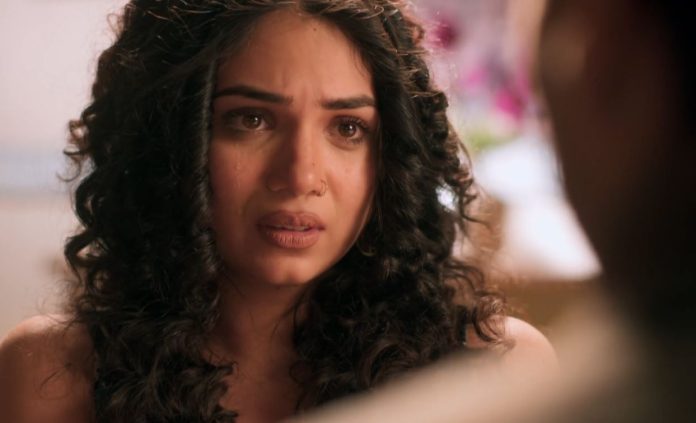 Yeh Rishta 3rd February 2022 Written Update Anisha’s entry Abhimanyu requests Manish to not worsen his health by walking in the sun. He offers to drop Manish at home. Abhimanyu says even Akshara didn’t make him run this much behind her, like Manish. He continuously requests Manish to leave his anger behind and let him help him. In a low voice, Abhimanyu says that he feels like forcefully taking Manish home. Abhimanyu further fears thinking that Manish would make his chutney and if Akshara would eat him by spreading on chapati.

Manish continuously avoids Abhimanyu. Abhimanyu sees Manish getting unwell. He stops Manish but later refuses to take his help. Manish says he would die but not take his (Abhimanyu’s) help. Abhimanyu stops a bike and asks the driver to drop the unwell Manish home. He also tells them that they would get 2000 rs. In exchange for this help. This shocks everyone. Abhimanyu asks if he would like to go home this way, without any issues. Manish sits on another person’s bike. Akshara from the balcony sees Abhimanyu and Manish coming home together. The driver asks for money from Manish. Akshara and Abhimanyu’s eyes meet. Akshara decodes that Manish’s car would have broken and Abhimanyu would have helped him.

Akshara asks Abhimanyu if everything is alright as he suddenly seems different. Abhimanyu recalls his moment with Anisha and says everything is alright. Akshara tells Abhimanyu that she feels something good is going to happen. Abhimanyu says he hopes for the same and disconnects the call. Manish gets surprised to know that Akshara resigned from the Birla hospital. He tells everyone that he understands that their children have put in a lot of effort, are talented and deserves to work. Akhilesh tells Manish that they understand his point. He says they are just trying to protect their children from untowards, which they aren’t aware about.

Aarohi returns home. Everyone sees the id card and file in Aarohi’s hand. Manish stops Aarohi and asks her if she didn’t resign from Birla hospital. Akhilesh questions her too. Aarohi says she couldn’t resign and won’t be able to in future too. She tells everyone that she decided to become a doctor when she saw Sirat dying because there was no doctor to help her near the temple. Aarohi says she can’t and won’t step back from her duty as a doctor. Manish tells Aarohi that he didn’t ask her to stop her duty as a doctor. He also tells her that he just asked her to join another hospital as he doesn’t want her to face her past again and again.

Manish tes Aarohi that it is better to stay away from the thing that troubles her. Aarohi says she won’t resign from Birla hospital and would tolerate everything for it. She says she would tolerate people’s taunts, complaints, Abhimanyu’s attitude and Mahima’s scolding. Aarohi tells her family that she tolerated Mahima’s scolding today too. Flashback shows Aarohi fighting Mahima and Harshvardhan for her job. Mahima called Aarohi a fraud. Aarohi asks Mahima to prove her fraud to fire her from her job. She tells Mahima that she can fire her the day she finds any issue in her work. Aarohi tells Mahima that she would work in Birla hospital only as she deserves it.

Aarohi reminds her family that she used to study 16 hours a day to become a doctor. She says her focus was so clear that she wasn’t used to parties or going to the movies with her friends. Aarohi indirectly says that she didn’t make mistakes like Akshara that she would get a punishment to leave her passion. She tells Manish that her words doesn’t mean that she doesn’t love or doesn’t respect him. Aarohi tells Manish that his love doesn’t teach her to give up but instead gives her the strength to fight. Kairav says it means that Akshara fought fairly. Aarohi says she doesn’t know that but she doesn’t want to leave her job. Aarohi says everything gets snatched from her but this time she won’t let her job get snatched.

Akshara gets happy and thanks Aarohi. She tells Aarohi that pulled off the large amount of weight from her head by her words. Akshara tells Aarohi that she is happy for both of them. Aarohi tells Akshara that she can breathe or focus in the present situation. She also tells Akshara that she can’t tolerate family’s anger too. Aarohi and Akshara decide to start afresh forgetting each other’s resentments. Akshara runs and hugs Aarohi tightly. Kairav too gets emotional seeing Aarohi and Akshara starting afresh. Akshara calls Abhimanyu and jumps in happiness. Abhimanyu and Neil feel happy seeing Akshara happy. Abhimanyu feels shocked when Akshara tells him that Aarohi has forgiven her.

Akshara tells Abhimanyu that she is extremely happy. Abhimanyu gets surprised and happy on receiving flying kisses from Akshara. Neil puts headphones on hearing kiss sounds. Abhimanyu asks Akshara if he should come and makes her shy. They disconnect the call saying “I love you” to each other. Neils puts off his headphones. He tells Abhimanyu that he isn’t able to digest that Aarohi patched up with Akshara so easily. Parth calls Neil for some help. Abhimanyu wonders if it’s Aarohi’s new plan. He receives Anisha’s call and scolds her for her adamancy. Abhimanyu refuses to meet Anisha but gets shocked hearing something from her.

In the next episode, Abhimanyu will break a vase in anger in front of his family. He will tell Anand that he is resigning from Birla hospital with his blessings. Abhimanyu will also be seen asking Anisha about her hand wound. He will also tell Anisha that he would reach and meet her at 2 PM. Aarohi will get shocked and confused hearing caring words for another girl from Abhimanyu. She will call Akshara to meet her. Aarohi will tell Akshara that she heard Abhimanyu talking to another girl in a caring way. Akshara would seem to not take Aarohi’s words seriously. Anisha will tell Abhimanyu that she will die if anything messes up now. She will hug Abhimanyu telling him that she has no one except him. Akshara will be seen passing from nearby them.

Reviewed Rating for Yeh Rishta 3rd February 2022 Written Update Anisha’s entry: 5/5 This rating is solely based on the opinion of the writer. You may post your own take on the show in the comment section below.