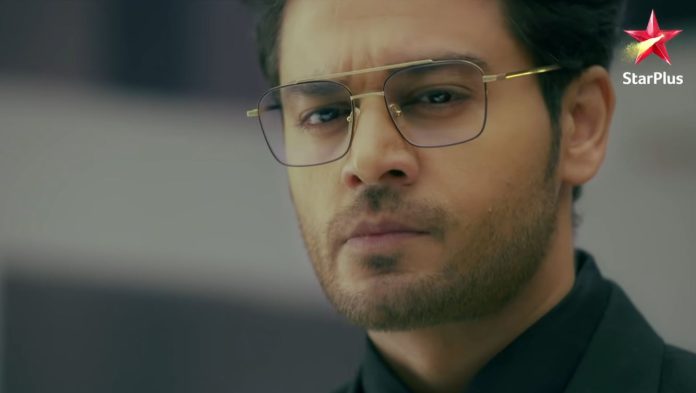 Anupama 4th February 2022 Written Update Unthinkable Anuj Vanraj tells Malvika that she left her love and married someone else for Anuj. He also tells Malvika that she did everything for Anuj’s happiness. Vanraj says that he learnt from Anupama that there are two people in relation. He manipulates Malavika by telling her that she isn’t present in her and Anuj’s relationship anywhere. This angers Anuj. Vanraj tells Malvika that Anuj doesn’t like him but could have tolerated him for her, but couldn’t. Anuj tells Vanraj that he has no right to give his opinion on his and Malvika’s relationship.

Vanraj asks Anuj why he is having problems with his opinion. Vanraj provokes Malvika and calls Anuj and Malvika’s relationship an abusive one. Angry Anuj and Malvika try to defend their relationship in front of Vanraj and ask him to shut up. When Vanraj says to Malvika that Anuj doesn’t care about her and her opinions, Malvika gets very angry and asks him to shut up. She tells Vanraj that Anuj loves her the most in this world and can do anything for her. Vanraj asks Malvika that if she can break off her partnership with him in a blink of an eye at the behest of Anuj, can Anuj also break his and Anupama’s partnership at her behest. This shocks and angers Anuj and Anupama.

Vanraj continues manipulating Malvika against Anuj and Anupama. He tells Malvika to understand that Anuj is still thinking and could not make a decision for her against Anupama. Anupama tells Vanraj that he is behaving like an evil kid. Vanraj asks Anupama to not lecture him and instead answer his question for Malvika. He again asks Anuj and Anupama, can they break their partnership for Malvika. Vanraj says Anuj and Malvika’s relationship is one sided, where only Malvika makes sacrifices. He tells Malvika that she is very innocent and Anuj and Anupama are very smart. Vanraj tells Anupama that he had no problem with her working but she had.

He says he worked very hard to reach his goal and accuses Anupama of being jealous of his success. Vanraj tells Anupama that she wanted to take revenge on him for cheating on her for Kavya. He reminds Anupama that he wanted everything to get alright between them but she was one who demanded divorce. Vanraj tells Anupama he signed divorce papers for her happiness as she didn’t give him a second chance. He asks Anupama what she wants from him now. Vanraj further asks Anupama what she will take to stop poisoning his life. He asks Malvika what is his fault if she is fond of her. Vanraj asks Malvika if he is getting punished for being Anupama’s ex husband.

Vanraj says he is happy being a villian if Anupama wants it. He asks Malvika, Anuj and Anupama to be happy. Vanraj intentionally doesn’t let anyone speak and leaves towards home angrily with revenge intentions. Shahs are seen as tense with the present situation. Anuj thanks Malvika for supporting and understanding him against Vanraj. He also apologizes to her for talking rudely to her. Anuj tells Malvika that he can do anything for her but why he should fulfill Vanraj’s illogical demands. Anuj asks Malvika if he needs to prove his love for her to Vanraj. Anupama wonders if Malvika is quiet after getting manipulated by Vanraj’s words. She feels tense.

When Shahs get to know what happened between Anuj, Anupama, Malvika and Vanraj everyone gets shocked. Where Baa supports Vanraj, Bapuji and Samar stand against Vanraj. Baa gets angry when Samar asks her to tell him if except her, Paritosh and Pakhi anyone else loves Vanraj. Paritosh asks Samar what is Vanraj’s fault if Malvika likes him. Samaar says Vanraj is taking advantage of Malvika’s feelings for him. Baa blames Malvika for the situation and asks why anyone is not saying anything to Malvika. Bapuji asks everyone to shut up and not make their home a court.

Kavya tells everyone that Vanraj is playing a dirty game and will not stop till he wins. On the other hand, Vanraj is seen tapping his phone with his fingers. He wishes Malvika makes him win the battle by getting manipulated in his words. Anuj and Anupama get shocked when Malvika tells Anuj that he snatches her happiness everytime. She tells Anuj that first she left her love, Akshay for him. Malvika then tells Anuj that she got married to whom he asked her to marry. She says she doesn’t remember her life between marriage and divorce. Malvika says she just remembers her screams, pain and blue marks. She tells Anuj that he snatched the right person from her and married her to the wrong one.

Vanraj gets happy on receiving Malvika’s voice confirming the success of his plan. Happy Vanraj sends a voice note to Malvika, provoking her more against Anupama. He indirectly tells her that not Anuj but Anupama is at fault. Kavya comes and showers flowers on Vanraj. She humiliates Vanraj by telling him that earlier he played well with Anupama and her feelings and now is playing well with Malvika’s feelings too. She tells Vanraj that he uses and throws people after completing his evil motives. Vanraj says he will do anything to get what he wants. On the other hand, Anupama recalls Vanraj manipulating Malvika against her and Anuj. She cries profusely recalling everything.

Anuj too recalls Vanraj provoking Malvika against him and Anupama. He cries recalling Malvika accusing him for always snatching her happiness. Anuj reminisces his and Malvika’s brother-sister moments. Anupama goes to Anuj with her bag. She tells Anuj that this time she needs to go away from his house and business. Anupama tells Anuj that she wanted to become the bridge/pull for his and Malvika’s relationship but became a crack instead. She tells Anuj that no one should live in between a brother and sister. Anuj tries to understand what Anupama wants to say.

In the next episode, Anuj will ask Anupama to support his decision. Anupama will assure Anuj that she will always support him. She will also ask him what he is going to do. Anuj will tell Anupama that he will announce his decision the next day. Vanraj will apologize to Bapuji and will leave for office against his wish to know Anuj and Malvika’s final decision. On Vanraj’s questioning, Malvika will tell Vanraj that Anuj took an unbelievable decision.

Reviewed Rating for Anupama 4th February 2022 Written Update Unthinkable Anuj: 4/5 This rating is solely based on the opinion of the writer. You may post your own take on the show in the comment section below.