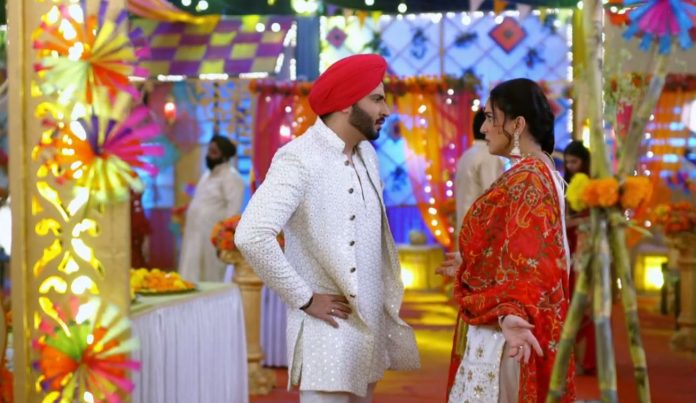 Kundali Bhagya Upcoming Preeran Romance amidst danger Preeta and Karan have sweet romantic moments in between the Lohri celebrations. Prithvi is trying to reach Preeta with his highly explosive equipped coconut bomb. He doesn’t want someone else to get that coconut bomb. He makes sure that only Preeta picks the explosive bomb and then pays a big price for the revenge by losing her life. Preeta and Karan have their fun banters going on. Shrishti supports Karan, and tells that though she is his big fan, she can’t team up with him against her own sister. She wants to be true to Preeta first. She is positive that Karan and Preeta’s relationship is getting good.

She wants Preeta to start a new life with Karan. Sameer also hopes for a new start with Shrishti, who isn’t able to forgive him. She tells that Sameer had been so harsh on her to punish her by breaking their relationship, knowing Preeta is innocent. Prithvi and Sherlyn keep an eye on Preeta, who carries the coconut bomb in the puja plate. Natasha doesn’t learn the evil plan yet, and tries impressing Karan.

Karan and Preeta proceed for the Lohri puja after some dance and games played by the couples, when the puja mahurat gets delayed. Natasha suggests the games, with a hope that she will get close to Karan, and create a huge misunderstanding between Karan and Preeta. She thinks their love is weak, and would easily die off if she intervenes with her evil plans. Prithvi awaits for the golden moment when his enemy Preeta dies. What will happen? Keep reading.

Reviewed Rating for Kundali Bhagya Upcoming Preeran Romance amidst danger: 4/5 This rating is solely based on the opinion of the writer. You may post your own take on the show in the comment section below.