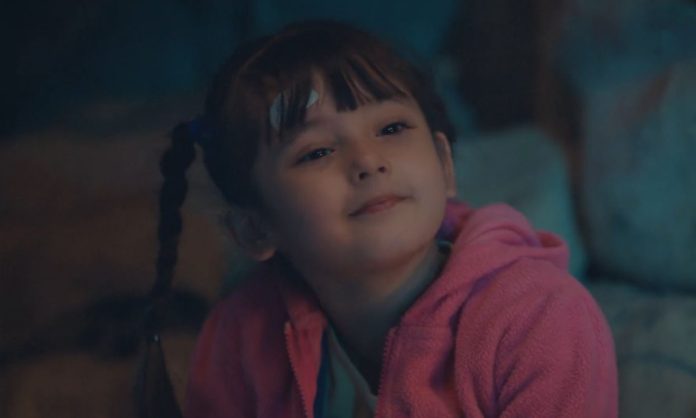 Yeh Hai Chahtein 7th February 2022 Written Update Ruhi’s mother Rudra asks Prisha why she doesn’t tell Ruhi about her real father. Prisha asks Rudra to not interfere as she would tell Ruhi everything at the right time. Rudra asks Prisha why can’t she tell Ruhi that Yuvraj is her father. Rudra further asks Prisha if she isn’t telling Ruhi the truth because the latter doesn’t like Yuvraj. Prisha reminds Rudra how Ruhi took ideas from him to unite Yuvraj and her. She says Ruhi likes Yuvraj. Prisha asks Rudra if he is trying to get revenge from her using Ruhi.

Rudra asks Prisha to not consider him like her as he can stoop to her level. He says Ruhi’s heart is clean and thus his heart got connected to her. Rudra further tells Prisha that God made him and Ruhi meet each other. He asks Prisha to question God, not him. Rudra tells Prisha that she doesn’t need to make him recall again and again that Ruhi is Yuvraj’s daughter. He also tells Prisha that he won’t ever be able to forget her deceit, self-indulgence and infidelity as he recalls it everytime, he sees Ruhi’s face. The driver tells Rudra that they would reach Rohtak in 10 minutes. Rudra tells Prisha that he can’t be with her anymore. He goes to Ruhi and tells her that he will meet her even if her mother doesn’t allow it. Rudra promises to Ruhi that he will come to meet her at her one call.

He hugs Ruhi and kisses her forehead. “Teri Laadki Main” plays in the background. Ruhi let’s Rudra leave with a heavy heart. Rudra sees Rudra going away from him and feels sad but gets angry seeing Prisha. Prisha feels apologetic towards Rudra and Ruhi for keeping them separate for their well being. Rudra thinks now how he will live without Ruhi too and feels broken. Ruhi and Prisha too break down by going away from Rudra. Bunty finds Rudra walking alone on the road. “Saathi Rey” plays in the background. Rudra recalls all his forest moments with Ruhi and Prisha. He sees Bunty and sits inside his car. Bunty asks Rudra if everything is fine.

Everyone gets shocked to hear clap sounds. Village head is seen clapping and standing with some people. He accuses Prisha of spending the night with Rudra. This angers Prisha. She sends Ruhi and Saanchi inside. Village head asks Prisha why she is feeling embarrassed now as she already spent the night with Rudra in front of her daughter. He tells Prisha that Ruhi should also know how her mother is. Prisha warns the Village head to stop his nonsense. Village head tells Prisha that her own daughter said that she was with Rudra the whole night. He asks village people if they heard what Ruhi said. Prisha tells the village head that he is telling her last night’s story in the wrong way. She says that she was Rudra the whole night, because his car broke down.

Village head tells Prisha that no one will believe her now as her lie got caught today. He tells villagers that their village has been respectful since their ancestor’s time and name. Village head says that he won’t tolerate anyone questioning his village’s respect. Veena takes Prisha’s stand. He reminds everyone that Prisha came and helped villagers when nobody was ready to treat the people of their village. Saanchi’s mothers also takes a stand for Prisha. Village head asks everyone if a woman who spends the night with strangers will increase their village’s respect. Yuvraj hears everything by hiding behind a tree. Village head says he won’t stay quiet this time. He says being a head of the village he won’t allow women like Prisha stay in their village.

Prisha says she herself doesn’t want to live in a village whose head has cheap thinking. Village head threatens the villagers to not support or help Prisha in any way. He says anyone helping Prisha would bear the consequences. Yuvraj asks the village head to leave. Everyone else also leaves after the village head. Faking greatness, Yuvraj offers Prisha to come with him. Prisha refuses Yuvraj’s help and tells him that he and the village head are similar and the difference is just their clothes and place. She tells Yuvraj that she can’t trust a man like him ever. Yuvraj gets irritated with Prisha’s continuous ignorance towards him.

He thinks to not worry as there is no one to help Prisha in the village. Yuvraj feels happy thinking that Prisha would come to him only, in the end. Bunty brings a drunk Rudra to Khurana Mansion. Worried, Sharda and Vaijayanti run to Rudra. He refuses to take anyone’s help and climbs stairs towards his room. Bunty tells Sharda that he doesn’t have much idea. He says Rudra became stubborn to drink after dropping Prisha and Ruhi to Rohtak. Bunty says he couldn’t stop Rudra. Suddenly, Rudra is seen falling from the stairs, but Saaransh saves. Rudra falls in Saaransh’s arms. Father-son hug each other and the title song of Yeh Hai Chahtein plays in the background.

Rudra asks Saaransh how he is. He tells Saaransh that he missed him a lot. Saaransh tells Rudra that he should have returned early if he missed him. Rudra apologizes to Saaransh and tells him that he knows how he is. Saaransh tells Rudra that he doesn’t question him as he knows how he is. Rudra tells Saaransh that only he understands him in this house, no one else. Saaransh takes Rudra with him towards his room with his shoulder support. He makes Rudra lie on the bed and takes off his shoes. Saaransh covers Rudra with a blanket, kisses his forehead and makes him sleep. Before he could leave Rudra’s room, he hears Rudra saying that he can’t live without her.

Saaransh thinks that Rudra still loves Prisha and misses her. Suddenly, Rudra says that he could love her only after Prisha. Saaransh gets shocked and wonders who Rudra is talking about. He thinks to get to know who became more important than Prisha for Rudra. Downstairs, Sharda asks Bunty why he didn’t stop Rudra from drinking so much. Bunty reminds Sharda that Rudra doesn’t listen to anyone. Saaransh tells Bunty that he wants to talk to him alone. Sharda asks Saaransh why can’t he talk to Bunty in front of them. Saaransh tells Sharda that he wants to talk something random to Bunty for knowledge. Bunty and Saaransh go outside to talk about Rudra. Saaransh asks Bunty whom Rudra calls “Nani Maa” and she calls Rudra “laal tamatar”.

In the next episode, Prisha will request Veena to let her go. Veena will ask Prisha where she will go. Prisha will tell Veena that she will go far away, where nobody will be able to find her and Ruhi. Saaransh will tell Bunty that he wants to bring Ruhi to Khurana Mansion. Later Bunty will take Saaransh to meet Ruhi in Rohtak. Ruhi and Saaransh will get to see each other. Someone else will also come out of Bunty’s car. On the other hand, Yuvraj will ask Prisha to marry him. Bunty and Ruhi will be seen with Saaransh in Rohtak in the same car. Ruhi will see Prisha and will say that there is her mother. Bunty will get scared but Saaransh will look towards Ruhi’s mother in curiosity, unaware that she is Prisha.

Reviewed Rating for Yeh Hai Chahtein 7th February 2022 Written Update Ruhi’s mother: 5/5 This rating is solely based on the opinion of the writer. You may post your own take on the show in the comment section below.