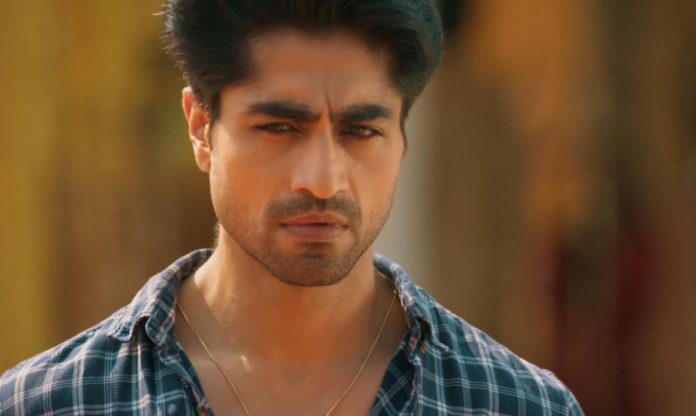 Yeh Rishta 7th February 2022 Written Update Abhi’s secret Abhimanyu asks Akshara what happened, if she is angry. He apologizes to her and tells her that he was in OT. Abhimanyu tells Akshara that she would have to be habitual of all this as her boyfriend is a doctor. Seeing Akshara still angry, he again apologizes for leaving her alone for an emergency. Akshara asks Abhimanyu if he doesn’t know why she is angry. She tells Abhimanyu that he hid a big thing from her. Abhimanyu recalls his cafe meeting with Aneesha and feels scared. Akshara sees fear on Abhimanyu’s face and laughs.

Anisha again and again calls Abhimanyu. Abhimanyu disconnects Akshara’s call to receive Anisha’s call. This shocks Akshara. Abhimanyu gets angry and scolds Anisha. Anisha cries and requests Abhimanyu to come and meet her as she needs him. Due to secret helplessness, Abhimanyu leaves to meet Anisha. Akshara interprets that Abhimanyu is tense due to something else than his work. She wonders if Abhimanyu is tense due to the girl Aarohi saw with him. Akshara thinks if that girl is Abhimanyu’s friend, colleague or patient. She hopes that everything is fine. Later, Abhimanyu tells Anisha that he doesn’t have that much time that she calls him to meet anytime.

Anisha asks Abhimanyu can’t he do this much for her as she came after 2 years. She tells Abhimanyu that they can’t go home but can eat somewhere outside. Aarohi gets shocked seeing Abhimanyu with another girl. She follows Abhimanyu and Anisha. Abhimanyu sees Aarohi following him and Anisha. He changes his direction and makes Aarohi lose them. Abhimanyu wonders if Aarohi really saw him and Anisha together. Manish talks to someone on call about the Diamond Merchant association meeting. He calls his driver to bring the car for him but Akshara comes in front of him with a car. Manish ignores Akshara.

Akshara tells Manish that Kairav took one car and another driver is unwell. She offers to drop Manish saying that he won’t be able to drive for a long distance. Swarna and Suhasini see Akshara’s efforts towards Manish. Manish wonders how sometimes Abhimanyu reaches to help and sometimes Akshara. Akshara switches on the fm which plays a kid song convincing his/her father, who is angry with him/her. Akshara also sings the song with the child singer. Swarna and Suhasini laugh. Seeing his wounded hand, time and situation, Manish sits with Akshara and accepts her help. Seeing 11:11 AM, Manish reminds Akshara that it’s her angel’s time. Akshara immediately wishes that Manish forgives her.

Akshara’s wish shocks Manish. She and Manish reach the meeting venue. Manish thanks Akshara. Akshara says, “I love you bade papa” to Manish. Manish leaves and Akshara wonders when will Manish forgive her. She tries calling Abhimanyu but finds his contact number out of coverage. Akshara then makes a call at the medical camp site. She is told that Abhimanyu is not at camp. Akshara wonders where Abhimanyu went. She makes a call at Birla Mansion. Manjiri receives it and expresses her happiness to Akshara. She tells Akshara that she isn’t worried about anything else as she (Akshara) is with Abhimanyu in their fight for their love. Harshvardhan sees Manjiri talking to someone on call.

Akshara apologizes to Manjiri and blames herself for Birlas and Goenkas’ rift. Manjiri asks Akshara to not blame herself as everything is due to the situation. She tells Akshara that everything will get better with time. Manjiri further tells Akshara that Parth told that Abhimanyu went to camp early in the morning. Akshara wonders where Abhimanyu actually went. On the other hand, Abhimanyu reaches a cafe with Ansiha. He makes a call to Kairav and tells him that he wants to talk to him about something urgent. Kairav says he had a hint about it and asks him what happened. Abhimanyu tells Kairav that they would meet tomorrow and talk. Kairav agrees and Abhimanyu says he will text him the address.

Neil comes with Akshara and says surprise. Abhimanyu sees Anisha went aside to talk to someone on call. He relaxes a little. Neil tells Abhimanyu that he brought Akshara to give him a surprise. He asks Abhimanyu to not feel shy and quickly tell, why he called him here. Neil says he doesn’t want to disturb him and Akshara. Abhimanyu tells Neil that he has some of the hospital, Manjiri and new camp’s work. He asks Neil to stay with him for some time. Akshara notices and understands that Abhimanyu is tense and not being able to tell her the truth or lie to her about it. She makes an excuse for her therapy work to give Abhimanyu some space. In his thoughts, Abhimanyu thanks Akshara for understanding him.

Abhimanyu hugs Akshara tightly and lets her leave. Neil notices Abhimanyu’s tension and asks him what happened. Abhimanyu tells Neil that Anisha is fully mad. Neil gets shocked on hearing that Abhimanyu was sitting with Anisha in the cafe. On the other hand, Manish is seen telling Mr. Badani, do not worry, as he is handling his diamond association in his absence. Mr. Badani tells Manish that he is very angry with him as he didn’t come to meet him at the hospital. Harshvardhan overhears Manish and Mr. Badani’s conversation and thinks about how Manish would come to Birla hospital. Manish tells Mr. Badani that he can’t visit Birla hospital after whatever happened between both families.

Manisha disconnects the call telling Mr. Badani that he would meet him after his discharge and call him for their meeting discussion. Harshvardhan thinks to grow his friendship with Mr. Badani, seeing him as a useful man. A staff member meets Harshvardhan and tells him that some problem happened regarding Abhimanyu. Anisha disconnects a call from someone contact named “Manyu”. Akshara saves Anisha from hurting her feet. She makes Anisha sit and reminds her that they met each other at the camp. Anisha recalls telling Abhimanyu that Akshara is very cute. Flashback also shows Anisha asking Abhimanyu who keeps photographs in wallet these days. Abhimanyu requests Anisha to stay away from Akshara and Goenkas. Flashback ends.

Akshara offers Anisha to take her to hospital, any doctor or Goenka Mansion. Anisha says she has a little pain but is fine. She tells Akshara that she lives alone and won’t be able to manage alone. This way Anisha convinces Akshara to take her to Goenka Mansion. Parth tells Manjiri that their garden’s cherry tomatoes taste very good this time. Manjiri tells Parth that she will make his favorite, both sweet and sour chutney from the cherry tomatoes. Angry Harshvardhan calls Manjiri and Parth’s conversation a high level time pass. He tells them that at the hospital everyone is asking for Abhimanyu and wants treatment from him only. Harshvardhan asks Manjiri to talk to Abhimanyu and convince him to return to hospital.

At Goenka Mansion, Kairav wonders what is Anisha doing with Abhimanyu at different places. He gets shocked to see Anisha with Akshara at Goenka Mansion’s entrance. Akshara introduces Anisha and her family to each other. She tells Suhasini that she met Anisha for the second time today after the camp. Akshara says she brought Anisha to Goenka Mansion as she lives alone. Swarna asks Anisha if she is staying here for work or education. Ansiha says she came for love. She explains her story and tells that her boyfriend left her telling that his family won’t accept her. Anisha says that boys are weird and unfair as they show love to girls a lot initially but later on break up, making family acceptance excuses.

Anisha’s words shocks and makes everyone awkward. Tense, Kairav sends a voice note to Abhimanyu asking to call him back as it is urgent. In the next episode, Kairav will ask Anisha why she came to Goenka Mansion with Akshara. Anisha will tell Kairav that she will get whatever is hers. While talking to Akshara on video call, Abhimanyu will be shocked to see Ansiha at Goenka Mansion. Akshara, Kairav and Abhimanyu will look shocked, while Anisha will seem with determined expressions.

Reviewed Rating for Yeh Rishta 7th February 2022 Written Update Abhi’s secret: 5/5 This rating is solely based on the opinion of the writer. You may post your own take on the show in the comment section below.