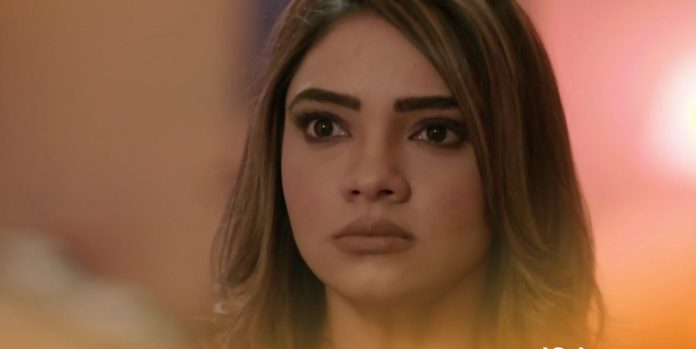 Kumkum Bhagya 14th February 2022 Written Update Raid stuns Rhea Rhea shows Ranbir and herself in the honeymoon suite to Prachi on the video call. She tells that she wanted Ranbir and her honeymoon to become memorable. She adds that she has got Ranbir with her, and now Prachi can’t do anything. This news shocks Prachi. Rhea tells that they aren’t stuck on any secluded road. Prachi doesn’t take time to track them out and spoil their night. Prachi takes a bigger step to stop Rhea. Pallavi tells Aaliya that she has to change now for her children’s future, she will do something that she never did before. Aaliya supports her in tackling Prachi.

Meanwhile, Rhea gets a huge shock when she sees the police at the door. The inspector tells that he has come to raid the hotel, where wrong things take place because of the girls like her, who lie at home and come to such hotels for their wrong motives. He tells that girls like her/Rhea encourage such wrong things, they lie to the family about watching a movie and then make a movie themselves. Rhea gets enough of the filthy statements. Her anger flares when he insults her by calling her a call girl. Ranbir and Prachi’s misunderstandings seem to end, once he returns home with Rhea after the failed honeymoon trip. Prachi will be winning the challenge given to Rhea. What will Rhea do to reply Prachi’s move? Keep reading.

Earlier in the show, Ranbir worries that Rhea will feel upset if he steps back now. The car breaks down. Rhea is not tensed as Ranbir is with him. The driver tells them about the car’s issue. He asks them to push the car, while he tries to start the car again. He tells them about the nearby hotel, which isn’t good for decent people. Ranbir is ready to push the car. Rhea thinks Prachi has done this intentionally to trouble them. She asks the driver if they can’t get another car.

Rhea asks the driver is he talking to Prachi. Prachi tells that Rhea won’t miss her for long. She asks Rhea how is the journey going on. Rhea tells that she knew Prachi’s drama, she had executed her plan by changing the drama. Prachi tells that she didn’t cause any illness to the old driver, but she had made the driver fake illness in front of the family. Prachi convinced him by telling him that she doesn’t want Rhea and Ranbir to go on their honeymoon. Driver knows that she loves Ranbir and even Ranbir loves her, she is doing this to stop the honeymoon and save her marriage. He tells that he wants to help her in saving her marriage. He refuses to take the money. She thanks him. She calls Sushma’s driver Mahesh there and asks him to execute her plan.

She asks him to make Ranbir and Rhea get down the car on the secluded road. Prachi tells Rhea that she has seen the power of the money. Rhea tells that she won’t let Prachi win. Prachi asks Rhea to trust her, the honeymoon will be ruined. Rhea tells that Prachi didn’t do this good to back stab her. Prachi tells that she has not done anything on her back, she is doing this openly and isn’t scared of anyone. She tells Rhea that she is right, unlike Rhea, who has an illegitimate relation with Ranbir. She asks Rhea to stop snatching her husband. Rhea asks Prachi to laugh as much as she wants, because she will cry a lot when she sees Ranbir and her/Rhea together. Prachi wishes her happy car pushing. Rhea angrily breaks the phone. Ranbir stops there and turns to see Rhea raging. Prachi tells that she will not sacrifice anything from now, she isn’t the old Prachi. She wants Rhea to sacrifice her happiness. Dida happily dances in her room.

She tells Shahana that she is really happy. Shahana asks Dida why is she so happy. Dida tells that Prachi will spoil Ranbir and Rhea’s honeymoon. Aaliya grows worried on hearing this. Shahana tells that Prachi has told them already that she will not let Rhea have her first night. Dida tells that Prachi had planned this by arranging that car and driver. She reveals Prachi’s plan. Ranbir asks Rhea why is she so angry. Rhea tells him that Prachi is playing a dirty game, she wants to spoil their honeymoon, its not fair, she has crossed limits. He asks her what does she mean. She tells that Prachi is doing this because she hates her and doesn’t want to see them happy together, not because she loves Ranbir. She adds that she understood Prachi’s plans now, she will win this challenge and not let Prachi win.

She tells about the challenge between Prachi and her. Ranbir tells that Prachi has done wrong, she didn’t need to stoop so low. He doesn’t understand why everything is fair in love and war. She doesn’t understand what he means to say. He tells that Prachi did wrong with both of them, he is also suffering. She tells that she knows that he got her on the trip with love, its not done that Prachi did wrong. She wants to see Prachi’s loser face. He thinks he is stuck again in between their fight. She gets angry on Mahesh.

Prachi cries talking to Ranbir’s photo. She tells that he has no shame to plan the honeymoon with Rhea, knowing that he shouldn’t have done this. She rebukes him a lot. She tells that he is doing wrong, he will suffer a lot, she will never tell him about his dream, his baby. She doesn’t want the baby to come in the sight of Kohli family. She wants to keep the baby away from Ranbir. She tells that Ranbir is living the happy family dream with someone else. She adds that the baby will be just of her. Rhea threatens the driver. Mahesh tells that the car didn’t break down. He flees with the car. Ranbir shouts to stop him and get their bags. Mahesh dumps their bags out and leaves. Rhea tells that its all because of Prachi. She asks Ranbir what will they do now. Ranbir tells that they will cancel the honeymoon plan and go back home.

Rhea doesn’t want to become Prachi’s puppet. Ranbir feels Prachi’s presence. He feels proud of Prachi. He didn’t think that she has turned so strong. She tells him that they can go to the nearby hotel. He tells that the hotel isn’t decent. They come to the cheap hotel. He finds it strange and refuses to go in. Rhea tells that the hotel might be good. She can’t tolerate more. She wants to answer Prachi. She tells Ranbir that his focus will be just on her, not on the hotel, when they are together. She asks Ranbir not to think much and just come with her. Ranbir follows her. Pallavi and Aaliya confront Dida about Prachi’s planning to stop Ranbir and Rhea’s honeymoon. Aaliya tells that she has heard Dida telling this to Shahana, Dida was really happy. Dida tells that its not wrong if Prachi wants to stop their honeymoon.

Shahana also finds it right. Pallavi orders her to leave the house. Rhea gets glad seeing the honeymoon suite in the hotel. She tells that its really beautiful. Ranbir is also surprised to see the arrangements. Rhea and Ranbir give a positive feedback to the hotel manager. Rhea tells Ranbir that she will make the room more romantic. He asks her not to call Pallavi. She asks him to order some food. She makes a video call to Prachi to shock her. She asks Prachi to see their mini honeymoon suite. Prachi is shocked to see that. Rhea asks her how is the room. Prachi asks her to not shout on Ranbir, else he will leave her and run away. Rhea smiles and thanks her for making her mini honeymoon possible.

She makes Prachi jealous by her words. She tells that they have enmity between them, but she is grateful to those who helps her. She asks Prachi to just see the romantic setting of the room. Prachi and Rhea continue to argue. Dida defends Shahana. Pallavi asks Shahana how can she live in their house for so long. She reprimands Shahana for being their enemy. Dida and Aaliya get into an argument. Dida asks her to stop instigating Pallavi. Pallavi wants Shahana to leave.

Reviewed Rating for Kumkum Bhagya 14th February 2022 Written Update Raid stuns Rhea: 3/5 This rating is solely based on the opinion of the writer. You may post your own take on the show in the comment section below.