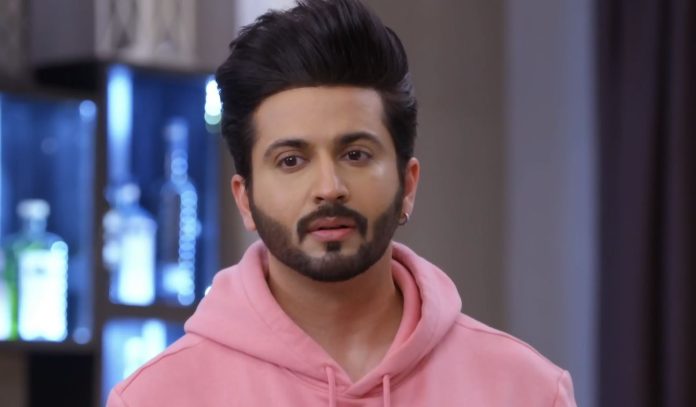 Kundali Bhagya 24th February 2022 Written Update Karan moved Preeta accuses Mona for poisoning her food in an attempt to kill her. She fires Mona from her job. Mona and Prithvi didn’t expect this to happen. Prithvi doesn’t doubt Preeta’s plans and thinks if Mona really lost her mind and tried to act oversmart. Preeta tells that Mona is a danger to her whole family, she can’t stay back with them or look after Mahesh now. She asks Doctor to tell her if she has any objection. Doctor tells that she has no objection, she was going to tell Preeta to fire the nurse from the job who isn’t true to her profession. Preeta proves Mona wrong and gets her ousted from the house. Doctor supports Preeta. Karan is moved by Preeta’s condition. He wants to be with Preeta and protect her.

Later, Preeta tells Biji and Shrishti that she had herself mixed the poison in the salad. Shrishti was praising Preeta’s acting talent, but she is shocked to learn that Preeta has really risked her life to succeed in her plan. Preeta tells that she couldn’t take a chance, because Prithvi is really smart and would have saved Mona easily if the reports didn’t show results as she wanted. Shrishti and Biji get angered knowing this and scold Preeta for her foolish move. Preeta determines to bring Mahesh back from the basement and give him a normal life with the family. Wil she outdo Prithvi and bring Mahesh back? Keep reading.

Earlier in the show, Doctor tells that Preeta is saying the truth, Preeta has really been poisoned by Mona. She reveals the reports. She scolds Mona for doing so wrong. She tells that real poison trace is found in the blood, someone had added poison in Preeta’s food purposely, and it could be Mona. Karan loses his cool. Preeta tells that she knows Mona has done this. She asks them to check Mona. Doctor tells that she has to give anti-poison injection to Preeta first. Prithvi wonders if Mona really did this without informing him.

Karan checks the reports. Doctor injects the antidote to Preeta. Biji asks Mona why did she add the poison in the salad. She threatens of the police. Preeta asks Biji not to call anyone. She tells that she wants the matter to end here. Biji tells them that she will teach a lesson to Mona. Shrishti tells that she wants to feed the poison to Mona to punish her, but she isn’t such to stoop so low. Preeta signs Shrishti to not call the police. Shrishti thinks why is Preeta stopping them from calling the police. Preeta has other plans. Shrishti asks Biji to listen to Preeta first. Preeta tells that she feels better after the injection given. She asks doctor to mention Mona’s crime in the report. She asks her to check Mona, she would be having the poison with her. Mona denies of having any poison. Preeta tells that they will check her purse. Mona replies that she will get her purse checked. Preeta asks her not to go alone.

Shrishti tells that she can’t trust her. Sherlyn asks Natasha to go and get Mona’s bag. Preeta stops them. She asks Sameer to go with them. Karan tells that he will go with Mona. Mona tells that everyone can’t come with her, else Mahesh will get scared and turn violent. Shrishti tells that anyone can find the purse and get it. She sends Karan to get the purse. Karan and Natasha rush to the basement to get the purse. Natasha finds Karan busy with Mahesh. She thinks of checking Mona’s purse and throw the poison bottle if its there. Karan asks Natasha to come if she got the purse. Natasha looks for the poison bottle. They come back with the purse. Mona tells that its just a conspiracy against her. Doctor asks her to wait until the truth is found.

Natasha hands over the purse to the doctor Preeta tells that the doctor knows everything. She trusts the doctor and lets her check Mona’s purse so that the wrong drugs given to Mahesh gets caught. The doctor checks Mona’s purse. She doesn’t get any poison. Sherlyn smiles. Kareena asks Preeta why is she doing this drama. She scolds Preeta for blaming Mona. Doctor finds the poison bottle. She tells that it’s the same poison that was found in Preeta’s reports. Mona denies the blame. Doctor rebukes Mona for cheating the noble profession. Mona still pleads her innocence. Preeta tells that Mona had tried to kill her in anger, when they have kept her for Mahesh’s care.

She asks Mona what does she do with Mahesh when she gets such anger on him. She tells that Mahesh isn’t getting better because of Mona. She asks why isn’t Mahesh recovering since a long time, maybe Mona takes revenge on him, she might be adding some drugs in his food as well whenever she gets angry. She tells that she is really dangerous to vent anger on the people by poisoning them. She apologizes to the family. She fires Mona and calls her a threat for the family. Doctor supports Preeta’s decision. She also calls Mona a big danger for the family. Prithvi gets a defeat. He thinks Preeta has played really well. Doctor asks Mona to get ready, she will get banned by the medical federation.

Mona leaves the Luthra house. Karan asks Shrishti to take Preeta to her room. Preeta asks Prithvi to drop the doctor outside. Prithvi acts sweet. Preeta helps the family. She asks Kareena to go and meet Mahesh. She tells that Kareena can give Rakhi’s gift to Mahesh on his birthday. Rakhi and Kareena get glad. Shrishti tells Preeta that she really loved her drama. Preeta feels dizzy. Biji asks Preeta did Mona really add the poison. Shrishti apologizes. She asks Preeta what’s the truth. Preeta tells that she had herself added the poison in the salad just to fire Mona from the job. She tells that Mona was doing a wrong work, she was making Mahesh more ill, she had to prove Mona wrong, the family wasn’t listening to her warning so she had to plan this drama. Biji tells that she worries for Preeta.

Preeta tells that she had seen Mona making lunch for Mahesh, she had added some chemical in Mahesh’s food, she was harming Mahesh, the family would have never believed her, so she had to do everything. She reveals how she had tricked Mona and added the poison in the food. She wishes Mahesh to recover soon. She tells that Mahesh will gain his old self when he stays with the family. She is sure that Mona was drugging Mahesh and making him turn violent. She reveals the truth of Prithvi bribing Mona to make Mahesh more insane. She is glad that her plan didn’t fail, and now Mona is out. Shrishti praises that Preeta has proved it once again that she can do anything for the family.

Reviewed Rating for Kundali Bhagya 24th February 2022 Written Update Karan moved: 5/5 This rating is solely based on the opinion of the writer. You may post your own take on the show in the comment section below.