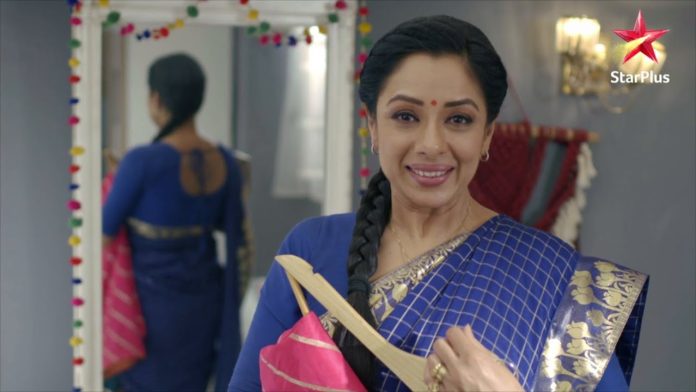 Anupama 27th February 2022 Upcoming Birthday Twist Promo Anupama selects a dress for herself for her birthday party. She plans to propose Anuj for marriage, and also break their mutual decision of marriage to the Shah family. She promises to stand by Anuj, who is her real asset and for whom she is an asset. She wants to make sure that she doesn’t disappoint Anuj and fulfills all his expectations. She gets afraid that something may get wrong once again with her like it always used to happen on her every birthday. She wishes to Kanha ji that everything goes smooth and nothing brings bad luck. She wants to win over her fears and give a good news to the family.

Vanraj tries hard to convince Malvika against Anuj and Anupama, who are playing a victim card. Anupama rebukes Vanraj. She tells that Anuj and she will never lose. She asks him if he is worried that they both didn’t give up. Vanraj tries to get rid of Anupama. She tells that no one can dare go against her, because she has earned respect because of Anuj’s love. She praises Anuj who has earned much money in life but earned even more respect than that. She feels proud that she has fallen in love with a person having a golden heart. Vanraj fumes over Anupama, while Malvika still believes in her brother Anuj. Anupama wants to set things right in Anuj’s life. How will Anupama and Anuj’s marriage news bring a big storm in Shah family? What setbacks will Vanraj plot to ruin their happiness? Keep reading.

Reviewed Rating for Anupama 27th February 2022 Upcoming Birthday Twist Promo: 3/5 This rating is solely based on the opinion of the writer. You may post your own take on the show in the comment section below.