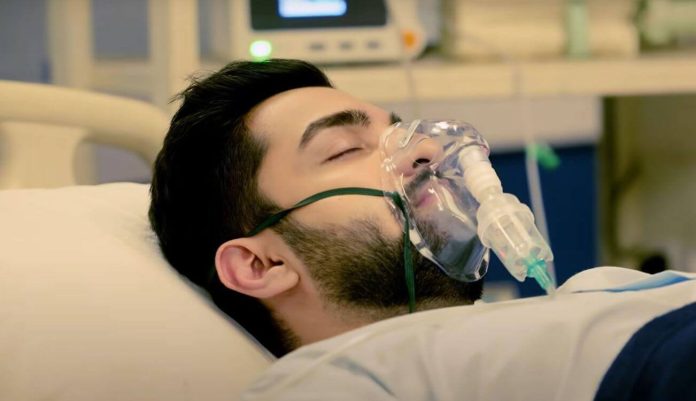 Bhagya Lakshmi 1st March 2022 Written Update Critical Rishi Neelam asks Malishka what does she want, if she wants Rishi to stay alive or not. She yells at Malishka. She tells that Lakshmi will come back home. Malishka vents anger in front of Sonia. She tells that she will see Lakshmi once the latter comes. She asks Sonia to let Lakshmi come with Neelam. Neelam goes to Rano’s house to summon Lakshmi. She requests Lakshmi to come with her. She tells Rano that she has come to take Lakshmi home. She asks Lakshmi to accept the money and think it’s a deal, but she has to come with her.

She tells that she got the money so that Lakshmi has no reason to complain. She pleads with Lakshmi. She asks Lakshmi to save Rishi’s life by the strength of her Kundali and also her love. She knows that Lakshmi truly loves Rishi. To which extent to Lakshmi go for Rishi’s sake? Will she believe in his truth and save his life? What will be Lakshmi’s reply to Neelam? Keep reading.

Earlier in the show, Doctor sends Malishka out of the ward. Neelam realizes that Malishka couldn’t awaken Rishi. Doctor tells them that there is no improvement, he is more critical than before. Neelam just wants to think of Rishi. She tells that she will go to Lakshmi and beg her to save Rishi’s life. Malishka pleads to not do this. Kiran asks Neelam why is she insulting them. She tells that Rishi loves Malishka, Neelam can’t bring Lakshmi back and neglect Malishka. She tells that if Neelam brings Lakshmi home, then Rishi can never come back in Malishka’s life.

Neelam and Karishma come to meet Lakshmi. They get the money bag. Neha welcomes them. They ask Neha to call Lakshmi. Rano finds them waiting for Lakshmi. She misbehaves with them, after recalling how they both insulted her in Oberou mansion. She tells that she would have thrown them out if she was ill mannered like them. Neelam calls it enough. She tells that she has come to talk to Lakshmi. She asks Rano to call Lakshmi quickly. Rano threatens them. Karishma asks Rano to mind the language. She loses her cool. Neelam asks Karishma to keep calm. She talks in Rano’s language to explain her. She shouts Lakshmi aloud. Lakshmi hears her voice and runs to see her. She tells that she has come to take Lakshmi home with her.

Neelam asks Lakshmi to come with her to save her son and return the house peace. Rano asks Neelam if Rishi has fallen for Lakshmi now. Pritam asks Rano to let Neelam complete her words first. Karishma shows the money. Neelam offers the money to Lakshmi. Rano and Neha get glad seeing the bag filled with cash. Neelam tells that she got the money for Lakshmi so that the latter has no reason to refuse. She wants to tell her the truth and offers 50 lakhs. Lakshmi tells that she knows about the Markesh dosh. Neelam tells that she knows that Lakshmi had heard their talks. Lakshmi replies that Neelam has come to tell her because of his reason.

She tells Pritam and Rano the reason for her marriage with Rishi, its because of her strong Kundali and stars, that can fight Rishi’s Kundali Dosh. She reveals that Neelam has seen her Kundali before seeing her. She recalls the past. Pritam is left shocked by this revelation. Lakshmi tells that she was never Rishi’s wife, she was brought in the house just to save Rishi from the danger. She adds that she was there with him to save him, she would have married Rishi even if they told her about the Markesh dosh, because she was getting a family. She felt that Rishi loves Malishka, but the family liked her/Lakshmi and got him married to her, but the reason was just because she could save his life.

She realizes that their Kundalis were united in the marriage, she was befooled by entire family. She cries that the marriage was nothing but a deal, they have made fun of relations and even today Neelam has got money. Karishma tells that Lakshmi needs money, so Neelam is offering money. She adds that Rishi loves Malishka and will never leave her, he had risked his life for Malishka. Neelam tells that she didn’t think of the deal, but to fulfill Lakshmi’s needs by money. She doesn’t want to lie more. Lakshmi tells that when there is no faith, then there is no difference between truth and lie. She adds that she is already doing a job. Neelam asks her to be with Rishi for one year and take it as a security job. She asks Lakshmi to call it anything. She tells that she needs her, she is helpless, just Lakshmi can save Rishi’s life.

Rano tells Neelam that she will talk to Lakshmi and convince her. Lakshmi doesn’t want to talk about it. She tells that she doesn’t believe in Markesh Dosh. She wants to be with her sisters and protect them. She tells that she will keep her promise to her parents. Pritam tells that he will not send Lakshmi. He asks Neelam will she just care for her son’s life, isn’t Lakshmi’s life important. He loves Lakshmi and tells how much she has tolerated in her life. He asks Neelam if anything happens to Lakshmi while saving Rishi, what will she answer. Neelam tells that he shouldn’t do this drama. Rano wants the money. Neelam asks Lakshmi to save Rishi for the sake of money and also love.

Pritam tells that Rishi broke every relation with Lakshmi. Lakshmi tells that if Neelam didn’t get the money to buy her, and just asked her to come, then she would have come, but now now. Shalu tells that they want respect. Neelam and Karishma scold Shalu. Neelam asks them to keep the money. She wants Lakshmi to give her final answer. Lakshmi is too hurt. She refuses to go. She tells that she isn’t any shield for Rishi, she can’t be bought. She adds that she will stand for her esteem, which is priceless. She leaves Neelam angered. Stay tuned.

Reviewed Rating for Bhagya Lakshmi 1st March 2022 Written Update Critical Rishi: 5/5 This rating is solely based on the opinion of the writer. You may post your own take on the show in the comment section below.